Bell County game rooms have until Sept. 17 to have applied for a permit or will be required to cease operations. 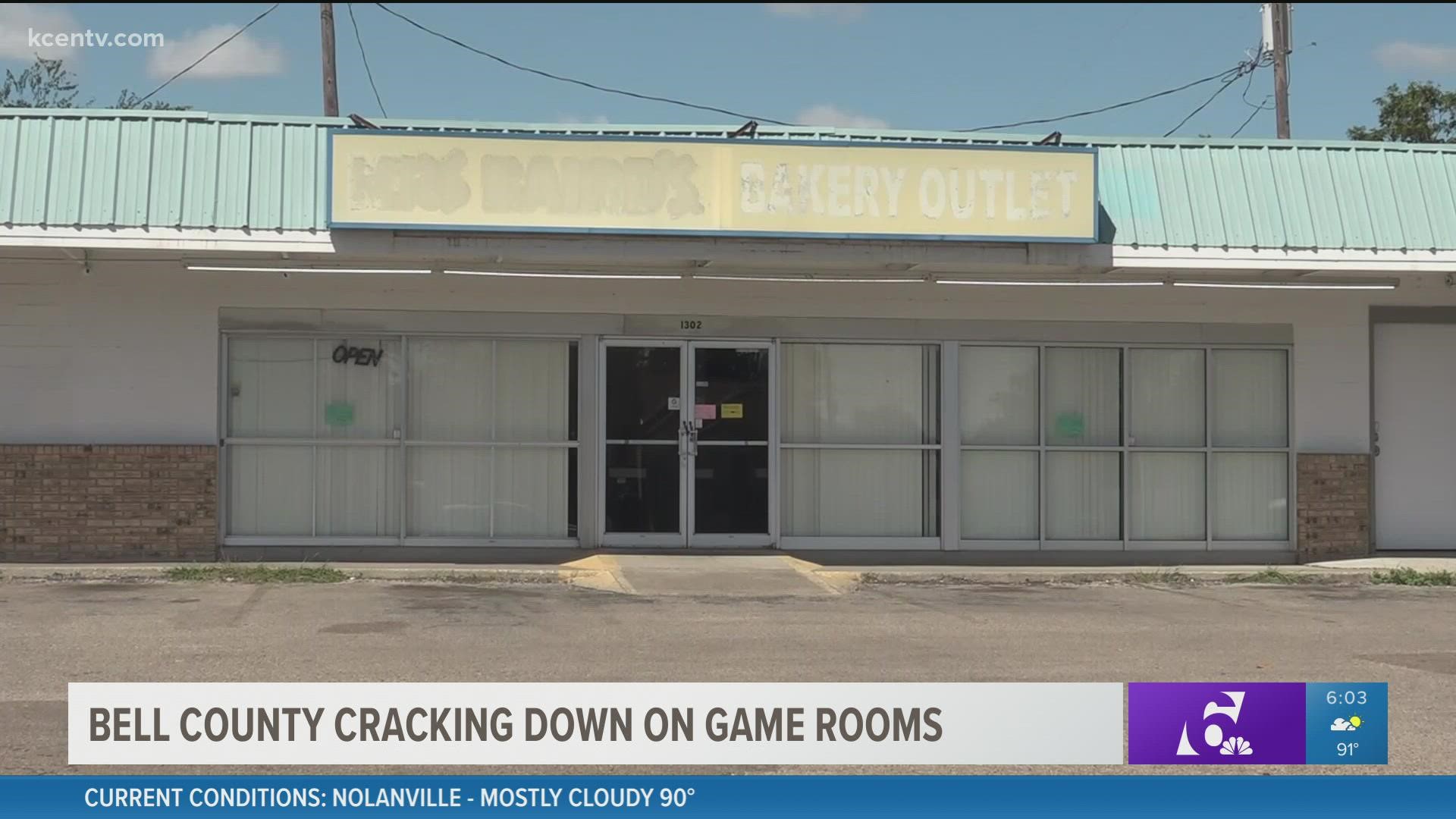 BELTON, Texas — Bell County game rooms have until Friday, Sept. 17, to apply for a permit along with a fee or run the risk of being shut down, according to Bell county officials.

“If they have not submitted a complete application by Friday at 5 p.m., they will be required to close their operation until a Game Room Permit has been obtained," said Bell County Fire Marshal Chris Mahlstedt.

Game room operators are now required to submit a non-refundable permit application fee along with several supplemental documents, which includes a list of all the owners and operators, a diagram or floor plan of the facility, the intended hours of operation of the game room and more, according to county officials.

The county is hopeful that regulating it more will help change the persona of the industry.

"In an attempt to kind of drive away some of the negative impacts that these game rooms are bringing," Mahlstedt said. "A lot of people associate game rooms with other crimes such as prostitution, drugs."

Some game room owners, like Jesse Myles, try to avoid those types of connotations and just wants a legal, safe business.

"We're successful at providing a safe environment for customers to enjoy sit back and relax," he explained.

Following the new rules and regulations, Myles recently applied and was granted a permit for Next Level Sweeps in Killeen.

Right now the businesses can be open whenever they want, with most being open for 24 hours a day. The new regulations allow businesses to be open between 8 a.m. and 9 p.m.

"The general consensus is with the earlier closing times, that might drive away some of the associated other crimes," Mahlstedt said.

The permit comes with a $1,000 non-refundable application fee that will go to the county's general fund.

It's unclear how many game rooms are in the county right now, but Mahlstedt said some can avoid not getting a permit and not get shut down.

"A lot of operators have contacted us and said they plan to reduce the number of machines that they operate to five or less which would take them out of the requirements for following these regulations," he explained.

If businesses choose to go this route, they can't claim to be a game room and have to halt all types of advertisement.

Game rooms that need to register can schedule an appointment to apply with the Bell County Fire Marshal's office, county officials stated.

The application for a Game Room Permit can be downloaded from the Bell County Fire Marshal’s website here.