A familiar face of baseball, Jackie Robinson, is also displayed prominently at the museum. 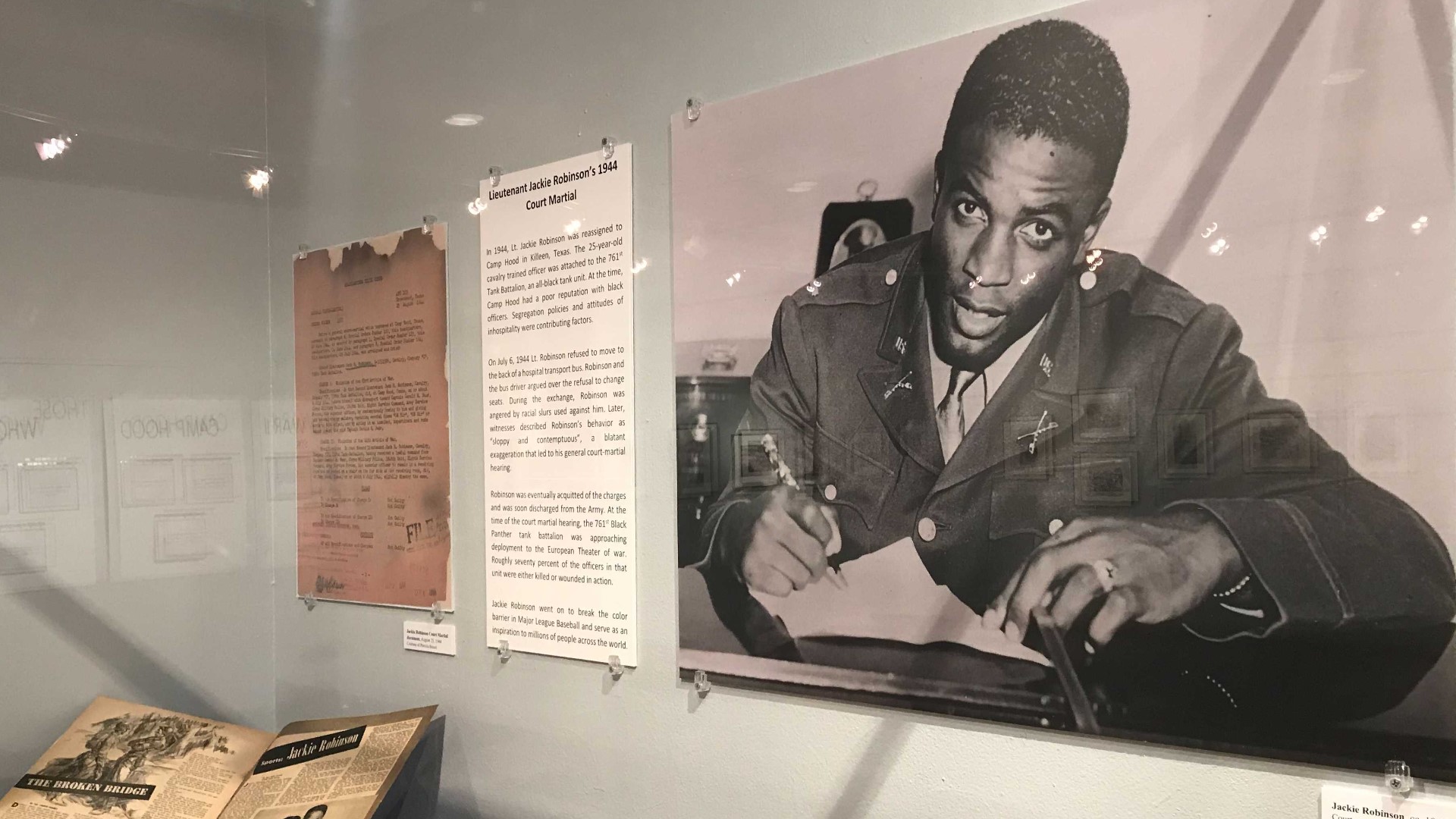 TEMPLE, Texas — A brand new exhibit honoring African Americans in WWII is now open to the public at the Bell County Museum in Belton.

"I thought this room was fantastic," Katye Ricketts, who runs the educational programs at the Museum, said. "We want to honor the African men and women that served during World War II, many of which gave their lives for our great country.

The exhibit features photographs of those who served in the war, as well as items from Bell County African Americans who participated in WWII both overseas and on the home front.

“Our team is excited to present this exhibit in Bell County. We hope it deepens visitors understanding of WWII history and leads to greater appreciation for the African-Americans who served under adverse conditions both at home and abroad during the conflict,” Museum Executive Director Coleman Hampton said.

The story of the 761st Tank Battalion at Camp Hood is also told at the museum. They were one of the first units to have black officers and the first members of it to see combat during World War II.

A familiar face of baseball, Jackie Robinson, is also displayed prominently at the museum. Robinson served with the 761st Tank Battalion and faced a court marshal while at Camp Hood for refusing to sit at the back of the bus.

Ricketts said they have been working to get this exhibit for the last three years.

"Just knowing what they did for the war effort and everything that they sacrificed, it's an amazing contribution that definitely needs to be told," she said.

Over 2.5 million African Americans served in all branches of service, and in all Theaters of Operations during World War II.

"To give a voice to people who may not have been able to tell their stories before, that's incredible," Ricketts said. "The African Americans involved, they did so much, they contributed so much, they impacted so much with what they did."

Those voices Ricketts mentions are heard in the 40 photos that hang on display, stories of heroism and sacrifice.

The museum is open Tuesday to Friday from noon to 5 p.m. and Saturday from 10 a.m. to 5 p.m. Admission is free.