Chillingham Solar Farm on the way to Bell County

It is the second solar farm in the county and would deliver enough low-cost, clean electricity for approximately 75,000 Texans. 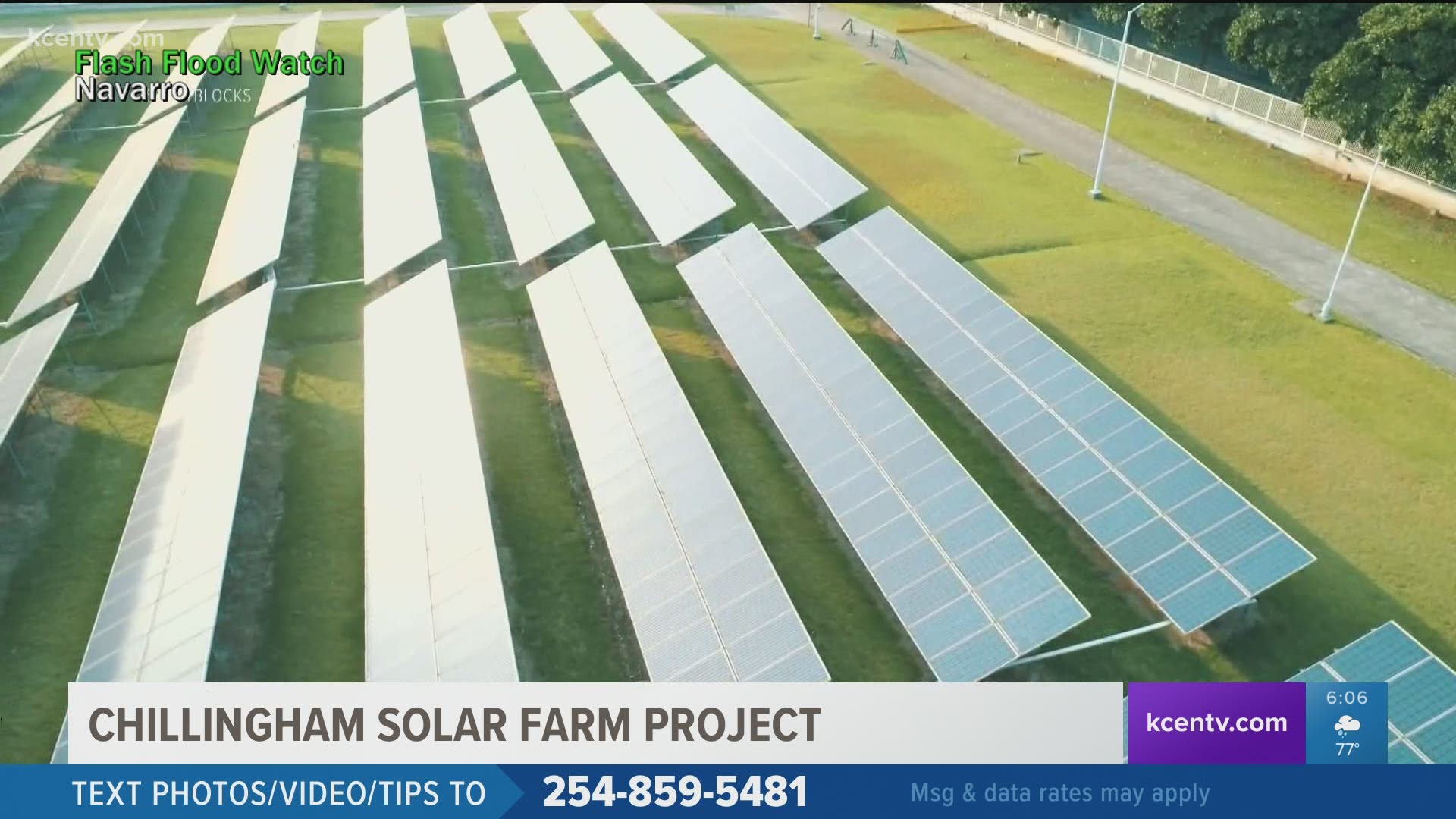 HEIDENHEIMER, Texas — A new solar farm project is coming to Bell County that will develop enough affordable, clean electricity for 75,000 Texans. It will be the second such farm in the county and will be located in East Bell County near Heidenheimer.

That money, Stafford said, is over the life of a ten-year deal the county struck with 8Minute Solar, the developer of the Chillingham Solar Farm. Stafford said the value of the land the farm will sit on will depreciate over time and that taxes collected could be affected and said the 'Payment in Lieu of Tax Agreement' acts as a safety net.

"The value of the property is going to depreciate and so it's possible in a few years, while we're taxing at a certain rate with those values, future appraisals could be challenged and the tax rate would potentially go down," Stafford said.

Stafford said the county and 8Minute Solar have agreed to a schedule of taxes tied specifically to the megawatt output of the solar farm for 10 years.

"It just means there's a much better guarantee of those tax revenues over time than a traditional tax appraisal," he said.

Residents that took issue with the farm being built were heard Monday but Stafford said the county has no jurisdiction over sales from private sellers to private companies.

"Texas counties don't have the ability to zone the area and say this is agriculture and this is not," Stafford said. "The county can't do anything to stop a project like this from taking place."

Bell County said the taxpayers will not pay for the project.

"The electricity generated by the Chillingham Solar Farm would be transmitted on the grid within Texas to regional utilities and the wholesale electricity market," 8Minute Solar told us in a statement.

According to the developer, electricity will go the wholesale market on the ERCOT grid – It won’t impact local businesses who will continue to get their electricity from a retail provider.

When asked how about those who suffered through Winter Storm Uri and were left in the dark for weeks at a time, in some instances, 8Minute Solar told us via e-mail, in part:

"During Winter Storm Uri, solar provided much needed energy that helped Texas weather the storm, in part due to the fact that the efficiency of solar panels increases in cold weather. Unlike fossil fuel generators that heat water to turn massive turbines, solar plants do not require running water and contain few moving parts. They are far less susceptible to mechanical issues that can cause other generation resources to fail. Also, snow and ice melts quickly and slides off of dark-colored, angled solar panels," they said.

The Chillingham Solar Farm is under development and is expected to break ground in East Bell County by the fall of 2022 and be completed by the end of 2023. It is also expected to bring 350 construction jobs to the area.