Update | Cause for massive fire in Harker Heights still unknown 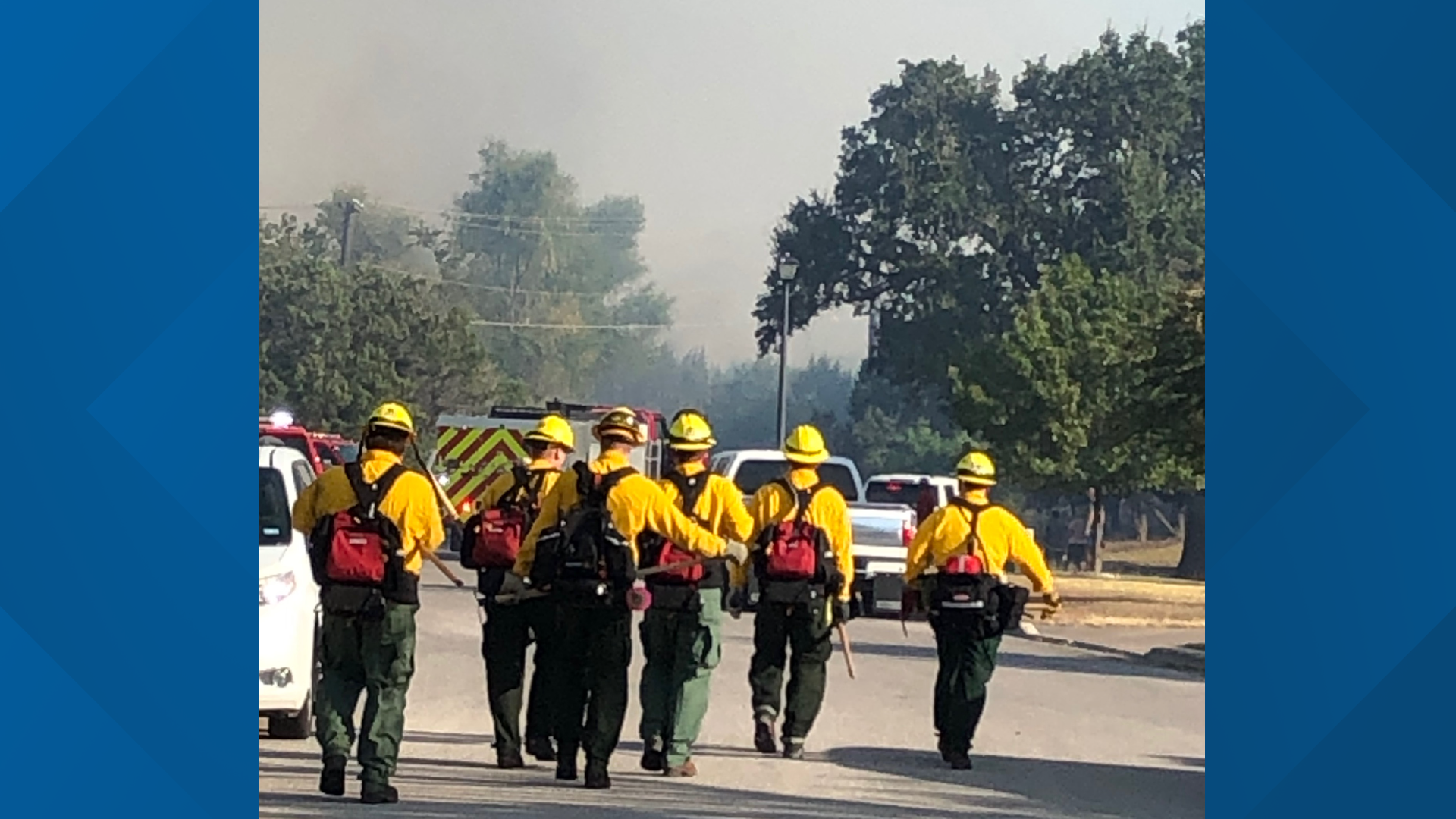 Check this story out for the latest updates:

Firefighters across Bell County came together to put out a massive fire in Harker Heights Sunday afternoon, according fire officials.

Officials say the fire was reported around noon near the Dana Peak Park area. The fire's intensity grew causing it to jump Comanche Gap Road, which led it to spread into the nearby subdivision, The Ridge, say officials.

"There's four to six homes that were directly in the path of the fire that was moving," said Harker Heights Fire Chief Paul Sims.

Sims advised some residents to evacuate due to the threat of the fire but those individuals decided to stay and take upon their own measures to maintain their home and safety.

No structures were damaged and there was no injuries reported as of Sunday afternoon.

Bell County Fire Marshal says there is no way to determine with 100 percent certainty how the fire started and if it was intentional or not.

"I spoke with firefighters who we're on the call initially and they told me what they observed down near the shoreline, which is consistent with unattended campfires, which are common in that area. It's probably the most probably cause, so my official determination will remain undetermined," said the Marshal.

Sims says this area is no stranger to fires. It was only a couple years ago when the another area around Stillhouse Hollow Lake, close to Dana Peak Park also caught fire burning around 45 acres of land.

Residents who have lived in The Ridge area for several years tell Six News that the area is really dry and can easily catch fire.

Sims is working with the Army Corp of Engineers and the Texas A&M Forest Service on a program to help mitigate fires and keep his city from going ablaze.

"It's an effort to try and get a natural buffer through there and raise up the canopy as we call it, with these trees and shrubs, to keep the fire from catching those things and making it worse," said Sims.

Residents posted images on community Facebook page of smoke and flames that can be seen from blocks away.

Image gallery of the fire in Harker Heights