Like many across the state, Rep. Shine along with local community leaders in House District 55 don't want to see any change. 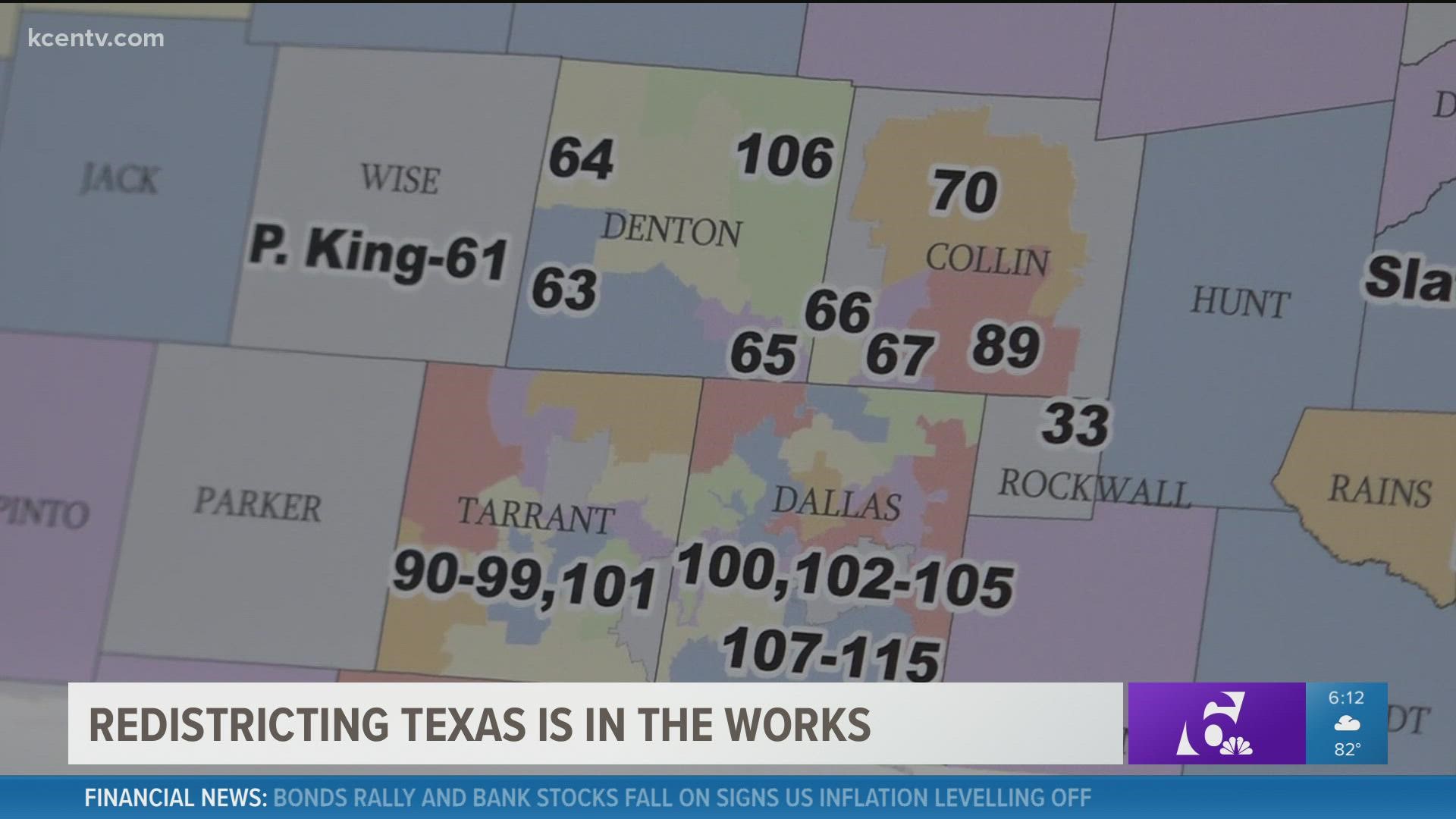 BELL COUNTY, Texas — Texas legislators will head back the Texas Capitol on Monday to begin the third special session of the year. On the agenda is COVID-19 vaccines, relief dollars and the biggest item: redistricting.

As required every ten years, states have to reallocate representation based off updated census data.

Like many across the state Rep. Shine, along with community leaders in House District 55 don't want to see any change. Shine and around 30 community leaders testified before the Texas House Redistricting Committee in Austin on Monday.

Honored to testify before the Texas House Redistricting Committee in support of Rep. Hugh Shine and House District 55 along with other members of our East Bell County community of interest. @ShineforTexas #StrongerTogether #Community pic.twitter.com/2T2vGl2ZQF

Their message: Keep Belton and Temple in the same state congressional district because the cities are so intertwined in many different aspects like projects, infrastructure and their school districts.

Shine said the focus should be on districts that really need change, not District 55 because its population is within 5% of the number required by the new census data.

"My message to the redistricting board yesterday was, 'Hey, we work together, and we have the numbers so we don't need to be on the radar screen for any adjustments or changes,'" he explained.

New census data requires all Texas House districts to have its population within 5% of 194,000 people.

Shine expects some House districts to expand and some to contract to meet the population requirement.

"Spend your time working on those other districts that are either short or have too many people and let's put our effort there," Shine said. "Whereas in our district, we can remain pretty much the same, plus we have a community of interest in District 55, Temple Belton overlapping," he added.

The school districts are one of the aspects that overlap the most. Belton Independent School District has many students who live outside the city. Superintendent Dr. Matt Smith testified to a committee Monday that splitting the district would be a problem for a lot of families and the way the district works with others.

Proud of our community and our @BeltonISD Board of Trustees sharing our voice in the legislative process. #WeAreOneBISD pic.twitter.com/EMp1UtvRWt

"If it ain't broke, don't fix it, and we feel that Representative District 55 is not broken," he told the committee.

The Texas House Redistricting Committee will share their recommendations with the legislature of how house districts should be aligned and then it's up to the legislature to debate it out once the latest special session starts Sept. 20.