The departments held the conference at the Bell County Sheriff’s Department. 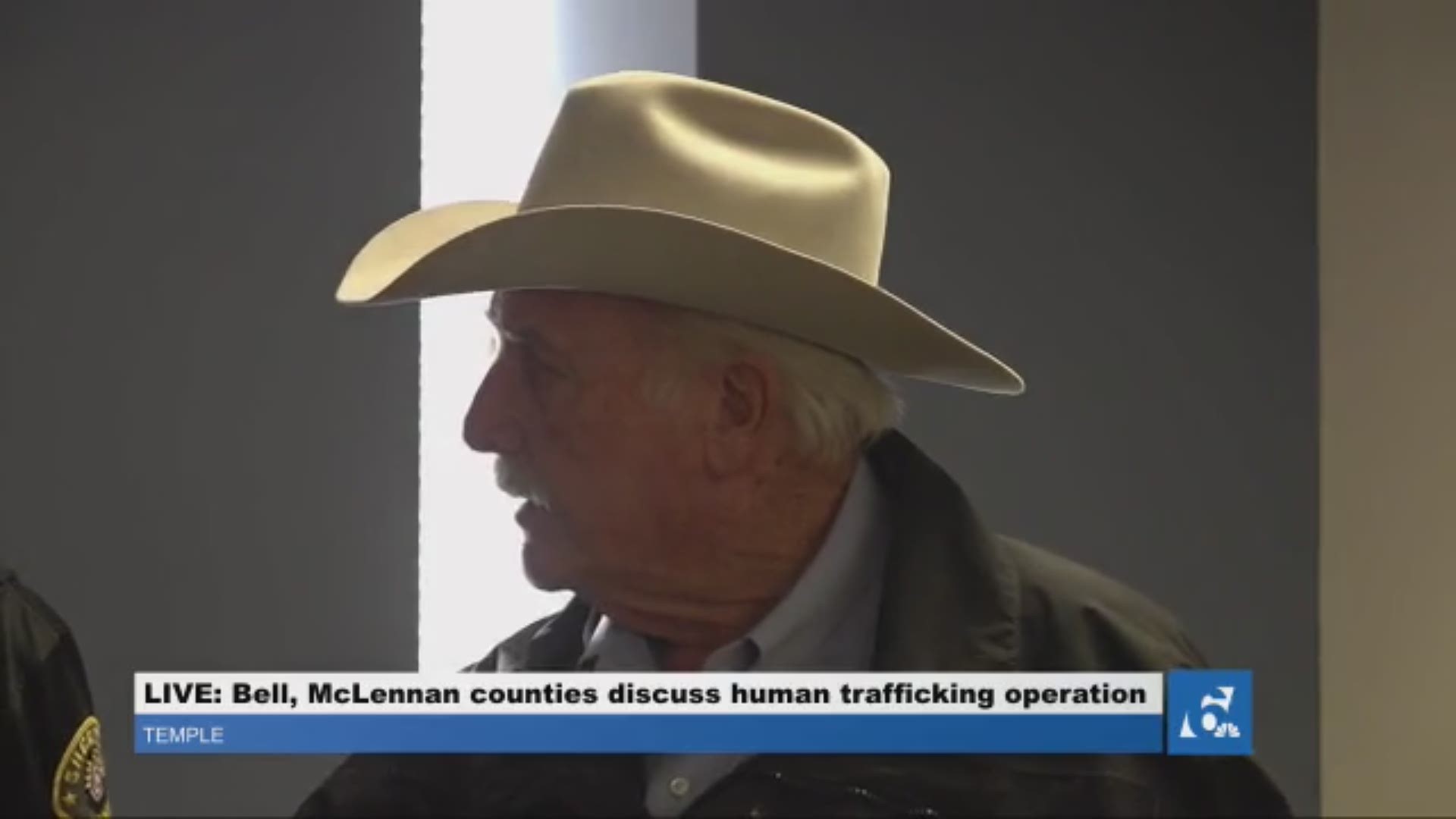 Bell and McLennan counties held a joint news conference Wednesday where they discussed a human trafficking investigation that has been taking place for the past four to six months. The departments held the conference at the Bell County Sheriff’s Department.

The two came together to discuss a human trafficking operation and to let the public know what is going on in the Central Texas area.

According to McLennan County Sheriff Parnell McNamara, 10 victims were rescued. The victims are mostly from Asia, do not speak English, and were lured with the "American dream."

“We can rescue these victims but we can't save them,” McNamara said. This is where they said Unbound comes in and will provide the victims safe houses and resources to get them out of prostitution.

Unbound, a nonprofit organization, has teamed up with the investigation and they are providing Mandarin interpreters.

In this particular investigation, three victims were rescued from the Sunshine Massage Parlor in Killeen and a residence on the 2500 block of Bacon Ranch Rd. in Bell County.

According to McNamara, multiple "pimps" and others involved will be arrested by the end of the day.

During the press conference, both Bell and McLennan counties stated that saving “even one life” is considered a success.

To determine if illegal activity was taking place, undercover officers would go into the massage parlors. Sometimes, the public would give tips on odd activity, according to the sheriffs.

The investigators are working on four locations in Killeen, San Antonio, Houston, and “other areas.” McNamara said that when they left the situation, they were given more tips about more massage parlors. Those parlors were being investigated at the time of the conference.

It was said that it is believed that at the end of the day 10 will be rescued from the sex trade and victims are not being charged.

These victims have been living and sleeping in “deplorable” conditions, while traffickers are living in luxury homes, according to the head of the Bell County Crime Unit Michelle Cianci.

It was also said that the people using these services are “just as bad” as the human traffickers themselves.

This is a world-wide problem and a major issue in Central Texas, according to the sheriffs. The sheriffs said they plan to continue undercover stings because of past success. More Texas departments are still investigating.

“Anything we get here is tied into a big network. Our detectives are federally commission by homeland security and we can send them wherever they need to go,” McNamara said.

County prosecutes Bandido member for riding with gun, even with license to carry

School district closing due to illness