The council voted unanimously to have the Parks Board come up with five possible names for Confederate Park. 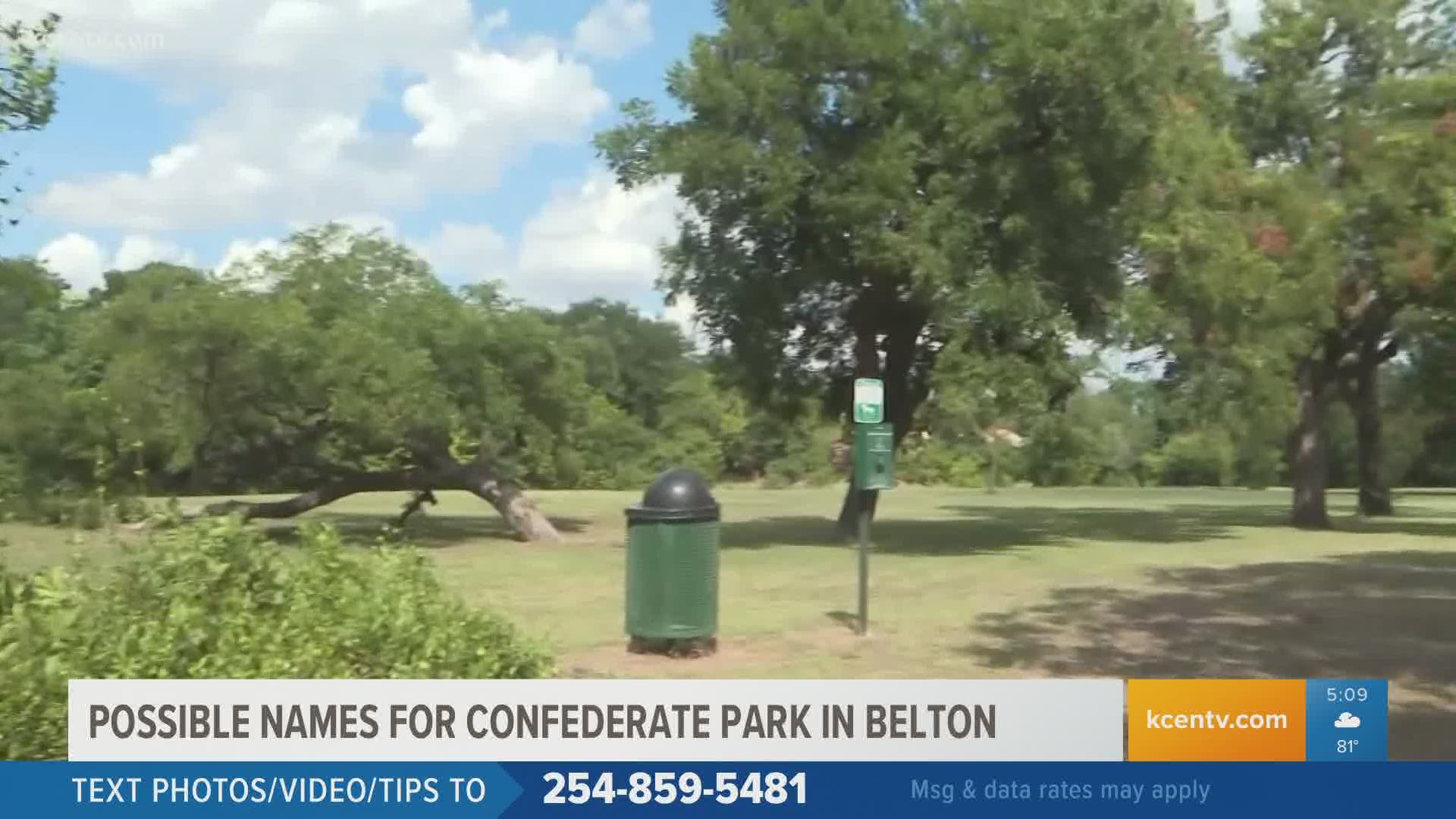 BELTON, Texas — Editor's Note: The video attached to this article is from when the Bell County Commission heard arguments on whether to keep or remove the confederate statue in front of the Bell County Courthouse.

The council tasked the Parks Board to come up with a 10-member committee that will be responsible for coming up with five options. The board's next meeting was scheduled for Aug. 5, Romer said.

Confederate Park is located near downtown and is home to the Belton Christian Youth Center. It consists of 16.5 acres. A portion of the land was donated to Belton in 1892, according to the city's website.

The park is one of at least two things with a connection to the confederacy in Belton. A confederate statue at the Bell County Courthouse was the subject of debate in a public meeting in front of Bell County Commissioners on July 15. Multiple protests have been held in front of the statue with those in favor and opposed to removing it.

"The decision of the Belton City Council is heartbreaking.  For generations, Belton has been a historical jewel in the heart of Texas.  Visitors find our city charming and unique as it displays the both 21st century and the 19th century without conflict.  The 6.3 acres on Nolan Creek which has served as a resting spot for trail drivers and their cattle, a river crossing for covered wagons (Bernita Peoples told me the tracks are still there) and a reunion site for thousands of Confederate veterans as well as veterans of the Spanish American War and WWI in their turn have carried the name Confederate Park in honor of war veterans for over 100 years." Dr. Joyce Jones, President Bell County Chapter 101 United Daughters of the Confederacy founded 1898, said. "Of the 1,100 men who left to war from Bell county only a third returned.  It is hard to imagine what that remanent endured. Once a soldier has experienced war, life us never the same.  The war between the states was particularly horrific. 'Stonewall' Jackson’s last words were, 'Let us cross the river and sit under the shade of the trees.' Many veterans have done just that at Confederate Park. May future generations remember that the veterans of our “war of brother against brother” found comfort in that place and have sent it forth to this century as a remembrance, “We must not pass this way again.”  How can we remember when signs of the past are gone?"

Josh Clements, a volunteer for Bell County United for Reform had an opposite opinion and the change.

"We're definitely excited to hear that it was a unanimous decision by Belton City Council," Clements said. "We're very excited to heat that that the City of Belton is moving forward and progressing and realizing that hey yeah the confederacy is nothing to celebrate. It's nothing to honor and so the renaming of Confederate Park and its adjoining Confederate Park Drive is definitely a step in the right direction."