According to the arrest report, on Sept. 28 James Edward Alleman III was beginning class when the images appeared on the screen. The student said Alleman's response to the incident was, "That should have never happened," the affidavit said. 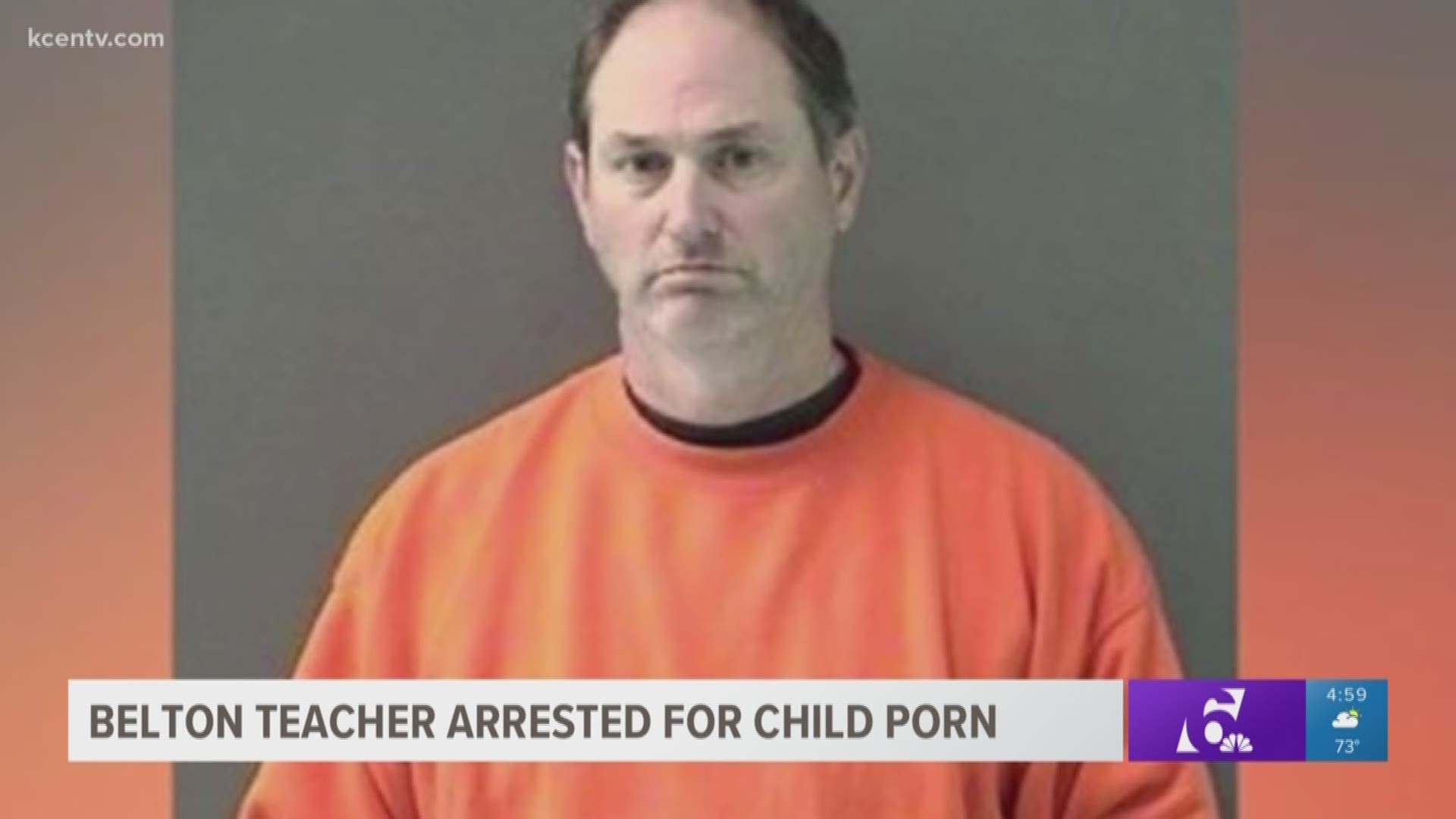 BELTON, Texas — A Belton High School teacher was arrested and fired after a student reported that pornography was played on a projector during class time, according to an arrest affidavit.

According to the arrest report, on Sept. 28 James Edward Alleman III was beginning class when the elicit images appeared on the screen. The student said Alleman’s response to the incident was, “That should have never happened,” the affidavit said.

Alleman was placed on leave and his school laptop and iPad were taken by Belton High School officials, according to the report. The Belton Police Department found an external hard drive and a MicroSD card in Alleman’s desk at the school, the arrest report said.

Investigators obtained a search warrant for Alleman’s drives and on Nov. 7 they found four videos on the SD card that showed a young girl who appeared to be changing in a bathroom, according to arrest records. In the video, the girl’s breasts and genitals were exposed, the affidavit said.

Officers located the child and in an interview, the girl confirmed it was her in the videos, but she said she was not aware that she was being recorded and did not recognize where the video was taken, the affidavit said.

A letter signed by Belton High School Principal Jill Ross was sent to parents on Oct. 15.:

This letter is to notify you that your student’s Computer Science teacher, James Alleman, submitted a letter of resignation effective October 1, 2018. At this time, this class is being taught by a substitute who is a certified teacher, although we are working diligently to hire a permanent, qualified replacement as soon as possible. We have been in contact with technology businesses, computer science departments in our local colleges and universities including Temple College and the University of Mary Hardin­Baylor.

"We are committed to providing the resources and curriculum your child needs. Detailed information about the online curriculum has been provided to your student in the classroom (redacted)..."

"Thank you for your understanding and support."

Anytime a teacher resigns during the school year, the campus informs students and parents of plans to provide continuity of instruction. The district does not share confidential personnel and student information. We encourage parents with concerns or questions related to their child to call their campus principal.

KCEN Channel 6 also reached out to the ISD for a comment. Assistant Superintendent for Human Resources Todd Schiller said in a statement:

“The safety and well-being of students is our highest priority. Upon learning of inappropriate use of technology by former Belton High School teacher James Alleman, he was immediately removed from the classroom, and Belton Police Department was notified. In compliance with Board policy, the Superintendent reported Mr. Alleman to the State Board for Educator Certification.

A Belton High student said they're still in disbelief.

"Well to be honest, I'm kind of shocked," the student said. "I never really figured that that would happen so yeah, it's just shocking."

Alleman is charged with possession of child pornography. It is unclear if he was issued bond.