A Whataburger billboard was re-purposed for a Belton student asking his girlfriend to prom. 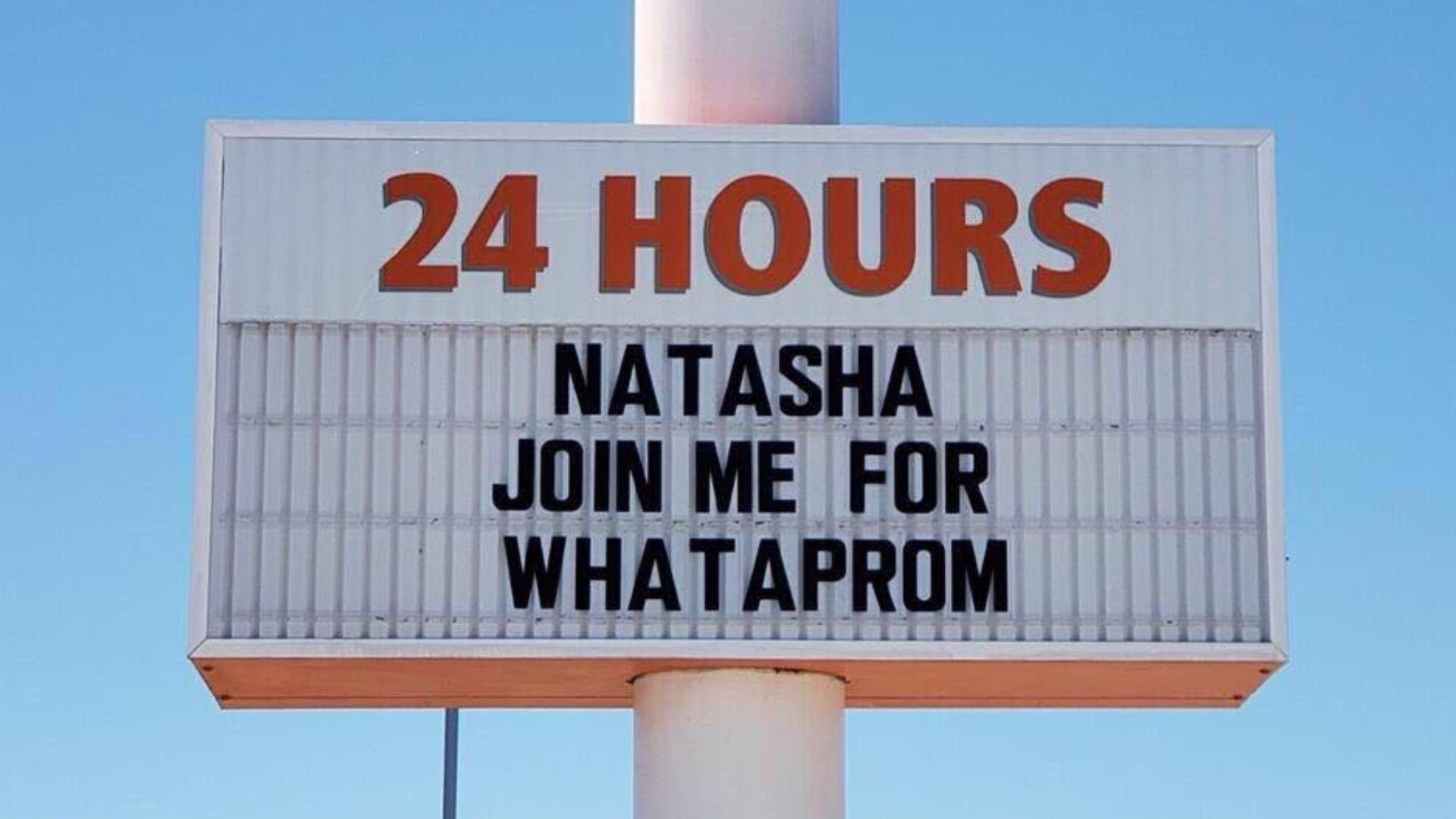 BELTON, Texas — A local Whataburger held off on Dr. Pepper shake promotions Saturday for a Belton high school student looking to ask his girlfriend to prom.

Natasha Blizzard said she was just expecting another normal shift when she went into work, but her boyfriend of more than a year, Stayton Thompson, had other plans.

Stayton worked with the Whataburger's managers to change the sign outside to ask Natasha to "Whataprom."

"I actually walked right passed it," Natasha said. "I didn't even think to look."

That's when her manager asked for her help with the billboard so she would take a second look.

"When I walked out that's when I looked up and saw it," Natasha said. "I turned around to him, and he had flowers and balloons."

Natasha, of course, said yes to Stayton and thanked her managers for letting him re-purpose the billboard for the special day.

Other popular stories on KCETV.com:

Pulled over Promposal: Two Troy teens ticketed their girlfriends to ask them to the dance

No tiara, no problem: real-life fairy godmothers provide teens with prom dress of their dreams