An Arkansas Game and Fish biologist described the catch as "akin to hitting the Powerball, only without the cash payout." 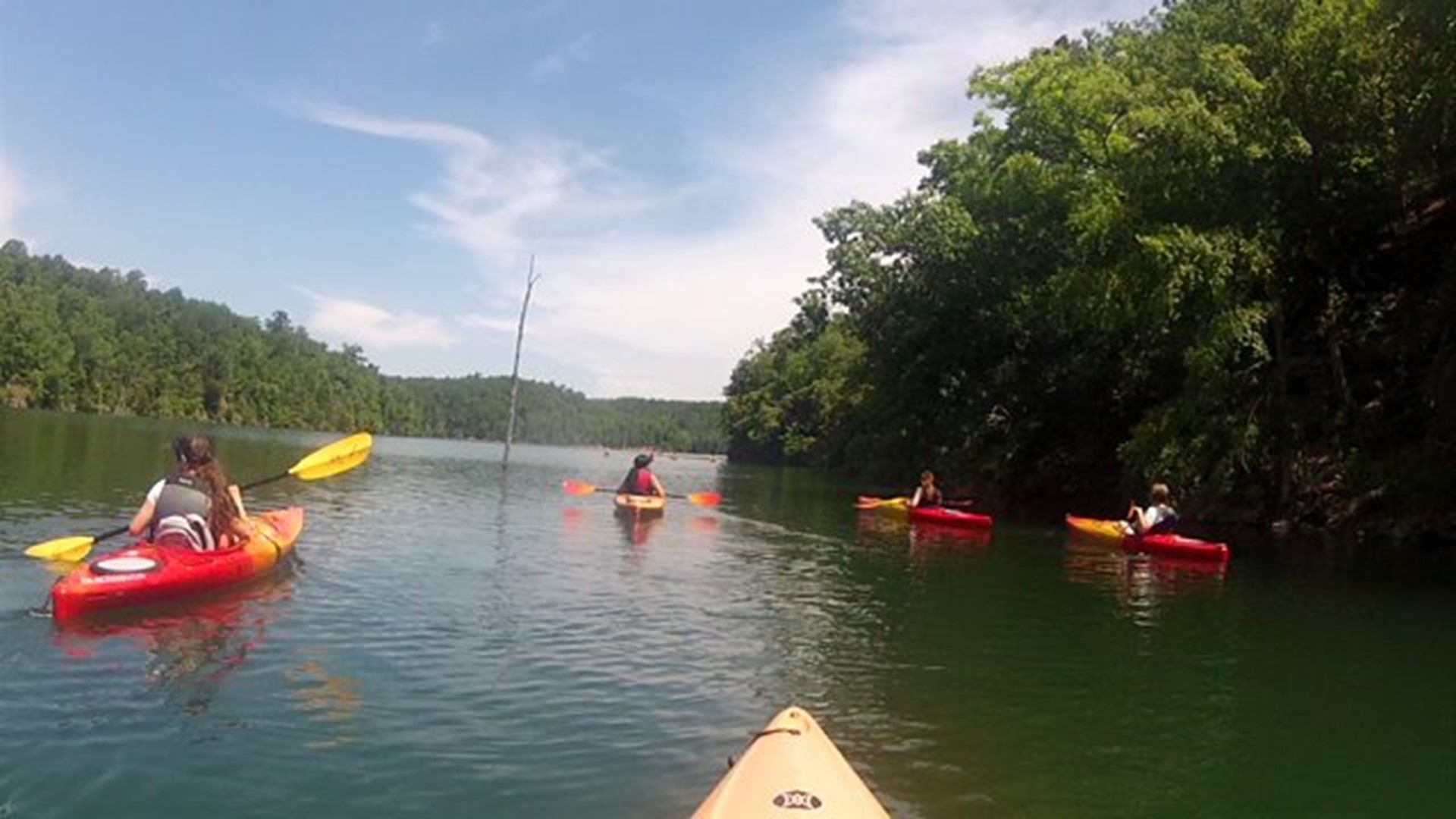 BENTONVILLE, Arkansas — The Arkansas Game and Fish Commission (AGFC) said Josh Rogers knew he had caught a largemouth bass Sunday (May 23) evening at Beaver Lake, but wondered why the fish had a golden hue.

AGFC biologist Jon Stein described Rogers' catch as being akin to hitting the Powerball, only without the cash payout. “Josh needs to buy a lottery ticket because he caught one fish in a million,” said Stein.

When Rogers flipped the fish into the boat thinking, "What in the world." He said he had two thoughts when he caught the unusual golden bass.

“The mid-lake area on down is uncharacteristically muddy now, and I know that bass get light-colored when they are in the mud. But when I looked at the mouth and gills, I wondered if he was sick. My buddy I was fishing with said, ‘Surely it’s not something he’s eating that would turn him that color.’”

Rogers released the fish back into the water not realizing how rare his catch was but took photos first, hoping someone would be able to explain why the bass had such a golden tint.

“I didn’t think anything about it for an hour and a half of fishing. Then I started sending pictures to friends and putting it on Instagram and Facebook, and from the reaction of everybody, I started thinking, ‘Maybe I shouldn’t have thrown it back.’ I was surprised it caused such a reaction from people.”

Stein says the gold-colored largemouth bass was a genetic anomaly and has what is known as Xanthochromism, which is the loss of darker pigment with the pigmentation replaced with yellow, which occurs naturally but very rarely.

Although Rogers released his rare catch, he plans to have a replica made through the photographs.

According to the AGFC, Rogers caught the fish on a swim jig, and while he and his friend caught about 15 fish, none were like Rogers' first catch of the day.

Rogers told the AGFC that the fish was 16-inches-long and would run about two pounds post-spawn.

WATCH: Teens catching fish in all 50 states make a stop in Arkansas