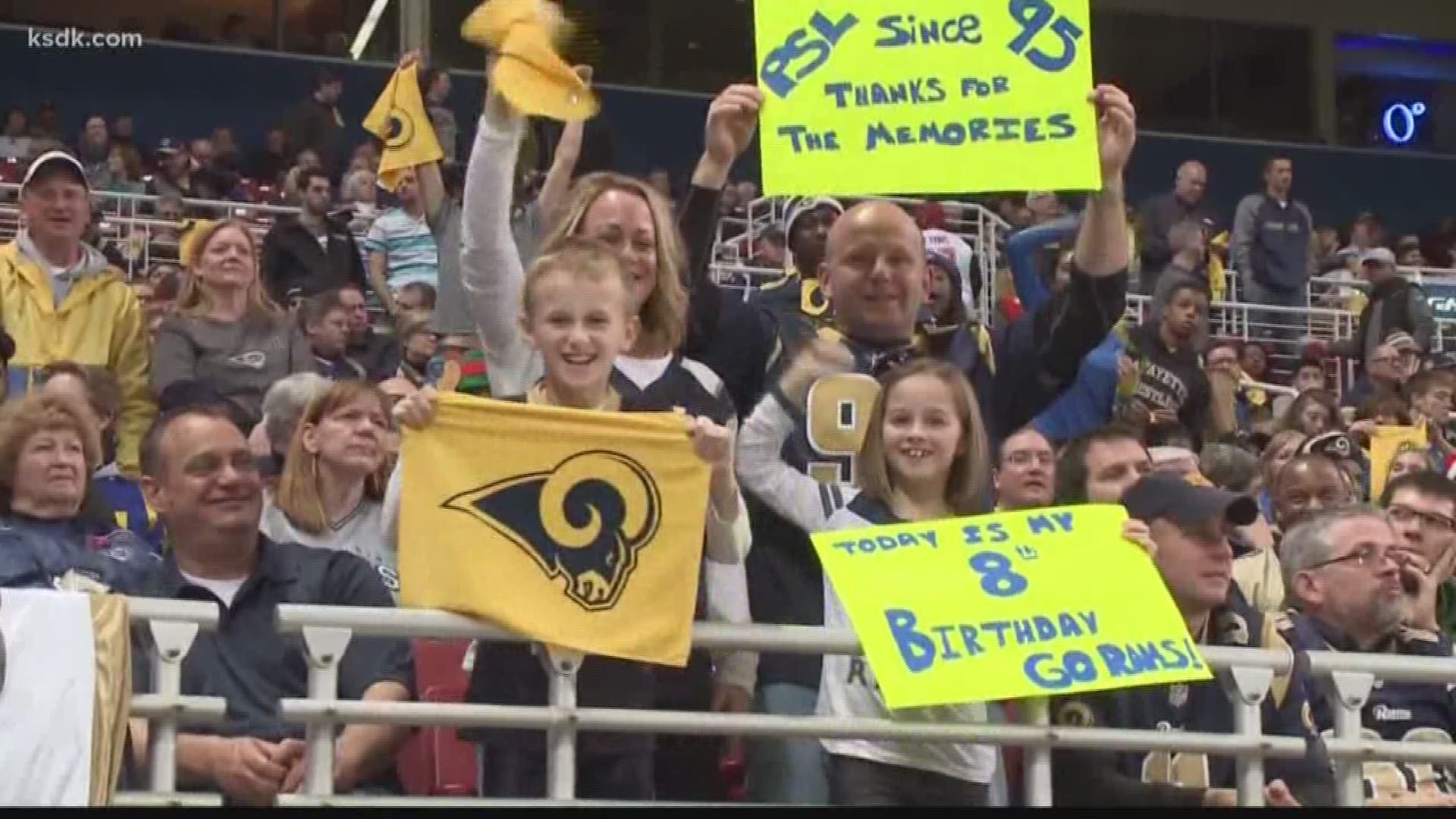 ST. LOUIS — Three separate lawsuits have been brought against the Rams after they left St. Louis, and so far they're already on the hook for $49 million -- but things aren't over yet.

Let's bring you up to date on where three multi-million dollar lawsuits stand.

This lawsuit settled and the Rams must pay up to $24 million in refunds.

This lawsuit also is settled. The Rams must pay up to $25 million in refunds.

Missouri residents who bought individual game tickets or Rams gear can make a claim for a 25% refund of the original cost. Fans who bought their tickets/gear directly from the Rams either received a postcard in the mail or an email notifying them of the chance to recoup cash.

Fans who bought gear from a third party retailer must have a receipt and can file a claim here: https://ramsclassactionsettlement.com/

You have until mid-January 2020 to file a claim. If you need assistance filing the online claim, call 1-844-951-2349. A judge will likely decide next year when those checks will be mailed to fans.

This case is still pending.

St. Louis City, St. Louis County and The Regional Convention and Sports Complex Authority sued the entire NFL including the Rams. The lawsuit alleges the Rams violated the NFL’s relocation rules. The biggest hurdle in the lawsuit right now is where the case will be heard.

This disagreement has reached the U.S. Supreme Court, but it seems unlikely the high court will intervene. It is more likely the NFL and Rams will either settle the case to keep it out of court or go to trial.