The couple said they found the 4.38-carat yellow diamond within an hour of searching and it is the largest found so far in 2021. 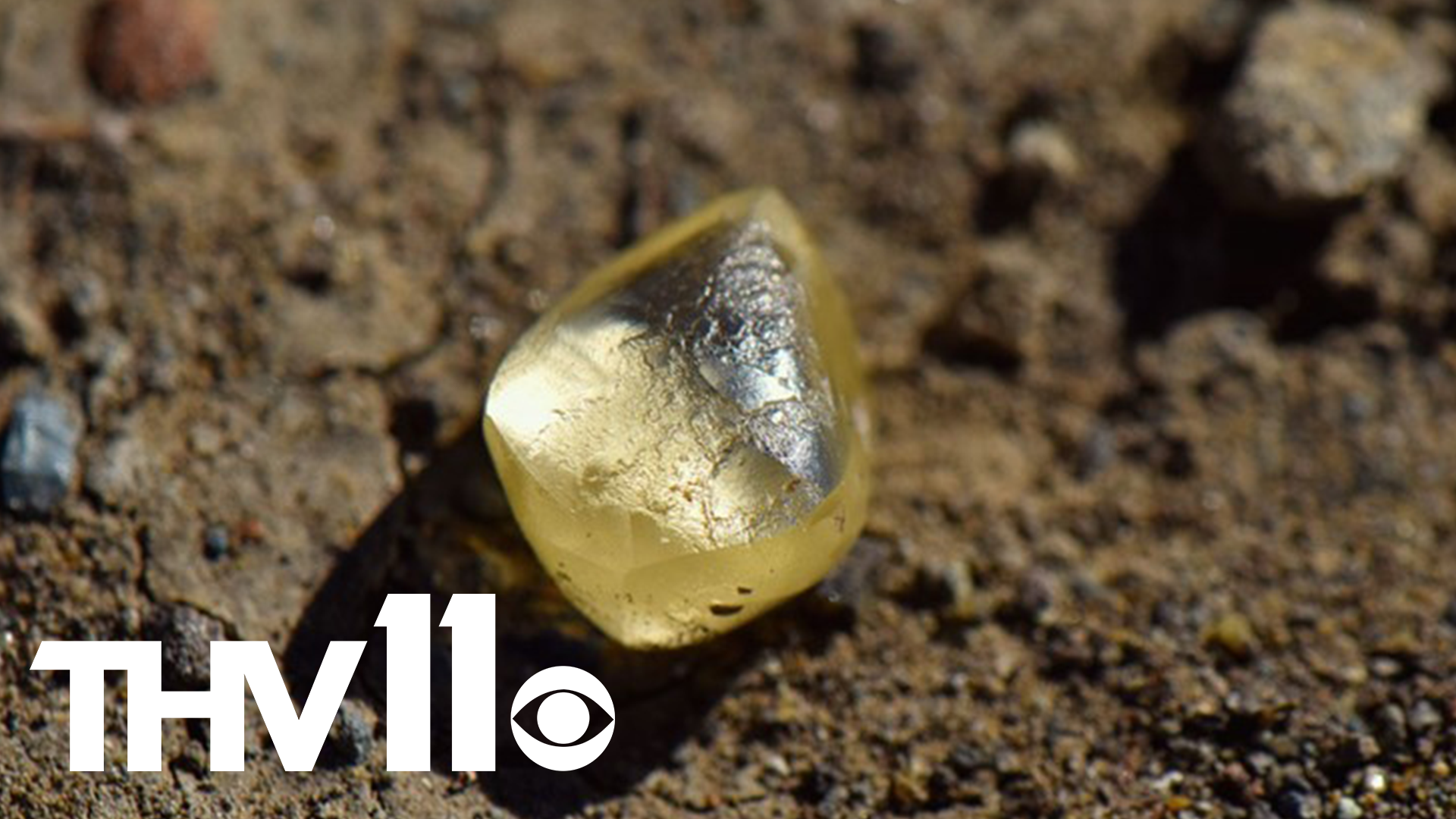 LITTLE ROCK, Ark. — A California couple found a 4.38-carat yellow diamond sitting on top of the ground after nearly an hour of searching.

Noreen and Michael Wredberg have spent much of their time visiting national parks since retiring in 2011. Noreen noticed while in Hot Springs that Crater of Diamonds State Park was nearby and the couple decided to go.

The couple arrived Thursday, September 23 and Noreen's husband suggested they venture farther out away from the mine entrance.

"I told Noreen that we should go to the middle of the field, where it was warmer," Michael said.

About 40 minutes later their change in location paid off. She was walking north of the central pathway when she spotted the diamond on the ground.

Park staff confirmed it was a large yellow diamond.

"Mrs. Wredberg's diamond weighs more than four carats and is about the size of a jellybean with a pear shape and a lemonade yellow color," said Park Superintendent Caleb Howell.

The couple named the diamond Lucy's Diamond after her husband's kitten. "The name is sentimental to us. Lucy is mostly gray but has slight tints of yellow in her fur, similar to the light yellow of my diamond."

Noreen doesn't know what she will do with the diamond just yet.

This diamond is the largest found so far this year.