Investigators have been looking into a crime scene since Sunday night. 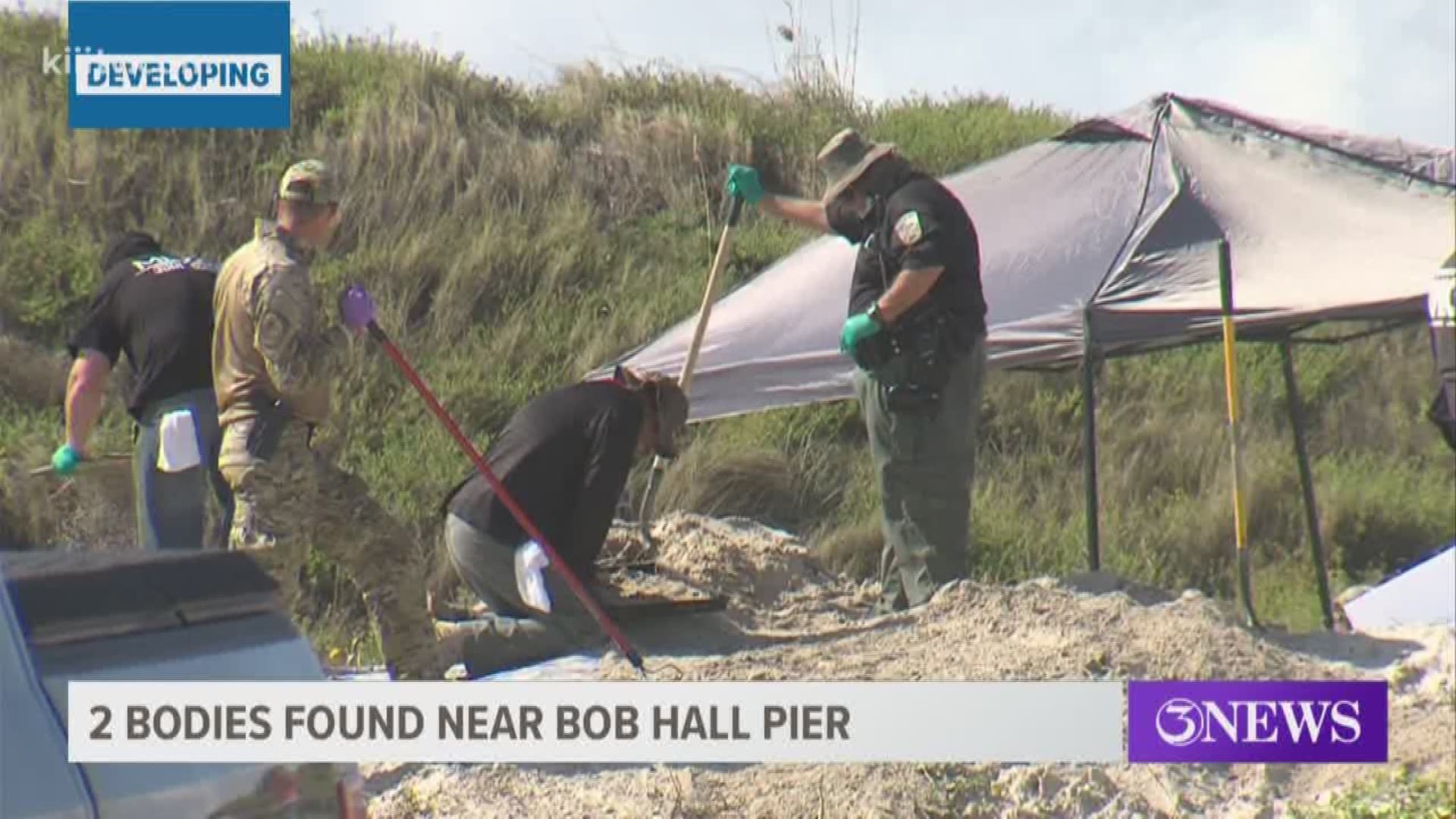 CORPUS CHRISTI, Texas — A gruesome discovery was made in an area known as the "Bowl" just south of Bob Hall Pier Sunday night, according to Kleberg County Chief Deputy Jaime Garza.

Garza told 3News that investigators found, what they presume to be, the body of a woman Sunday night.

At around 2 p.m. Monday, authorities confirmed that a second body, a male, had been found during their search of the area.

Details are limited at this time but 3News will keep you updated.

It was Sunday evening when investigators say they responded to the area between Mile Markers 263 and 264, an opening in the sand dunes commonly known as "the bowl", after a cellphone believed to belong to a missing man and woman pinged in the area. According to a press release from the Kleberg County Sheriff's Office, 48-year-old James Butler and 46-year-old Michelle Butler have not been heard from since Oct. 14.

Officials have not definitively identified either of the bodies.

The couple's last confirmed location was at the Padre Balli Park around noon. Family reported to the Kleberg County Sheriff's Office that the Butlers were likely headed to a part-time job in Fort Lauderdale, Fla. They were supposed to get there on Nov. 20, 2019.

Anyone who has information regarding Mr. and Mrs. Butler's whereabouts are urged to call the Kleberg County Sheriff's Office at (361) 595-8500.

"It's just upsetting for all of us," Robert Algeo said. "Especially those of us who live here. We feel some sense of ownership."

Algeo lives near the beach, and he loves it there, but he said he has mixed feeling about the remoteness of the area.

"Part of the beauty of this area is that it is free and wild, especially the Kleberg County section, but that can cause problems," Algeo said. "I know that in any active emergency, something happening in real time, park rangers will come out in their vehicles."

Algeo was referring to the fact that while that stretch of beach and dunes is technically under Kleberg County jurisdiction, it is very far from the nearest Kleberg County town, and that makes it difficult for police to respond quickly.