Officer Nik Anderson was released from the hospital three days after a police-involved shooting and standoff injured him and two other officers. 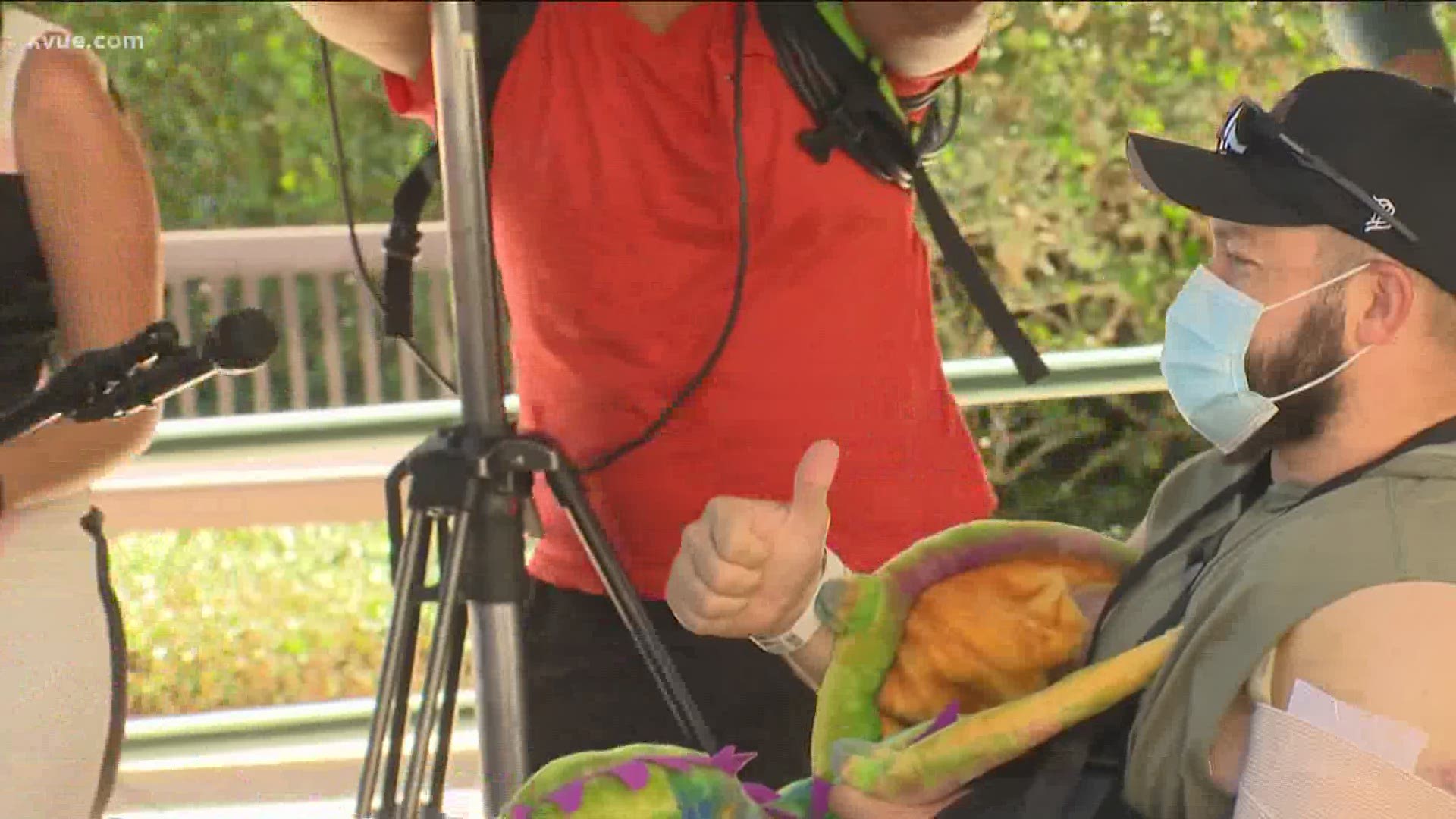 AUSTIN, Texas — A Cedar Park officer injured in a police-involved shooting and standoff has been released from the hospital.

Officer Nik Anderson underwent arm surgery after being shot Sunday afternoon while responding to a family violence call that turned into a 16-hour hostage standoff.

Anderson was released from St. David's Round Rock Medical Center on Wednesday afternoon. Fellow officers and friends cheered as Anderson left the hospital in a wheelchair.

"I appreciate all the support. You guys have been amazing," said Anderson as he gave everyone a big thumbs up.

"Nick's a trooper. He's a fighter," Harmon said. "He's the type of guy who would be back to work tomorrow, you know, if he could."

Anderson is expected to make a full recovery but not for at least nine months, Harmon said.

Anderson, along with Officer Jacqueline Quiles and Cris Hester, was shot on Sunday, Aug. 16, around 3:10 p.m. while responding to a call on the 2300 block of Natalie Cove.

Officials said Anderson was shot in the upper bicep area; another officer suffered an injury to the rib area that was mitigated thanks to the officer's bulletproof vest, and the third officer suffered a head injury that only required stitches.

The suspect, 26-year-old Joseph Taylor, barricaded himself and three family members inside a home following the shooting. After 16 hours of negotiating, the standoff ended peacefully.

According to an affidavit released Wednesday, Taylor's mother called 911 when he tried to steal her car. She told the dispatcher she believed he was having a mental health episode.

Taylor is now in the Williamson County Jail facing three counts of aggravated assault against a public servant. His bond is set at $2.25 million. A judge has ordered that he undergo a mental health assessment.

Facebook bans some, but not all, QAnon groups, accounts