A total of 11 bills surrounding marijuana reform were filed ahead of the start of the 2019 legislative session. 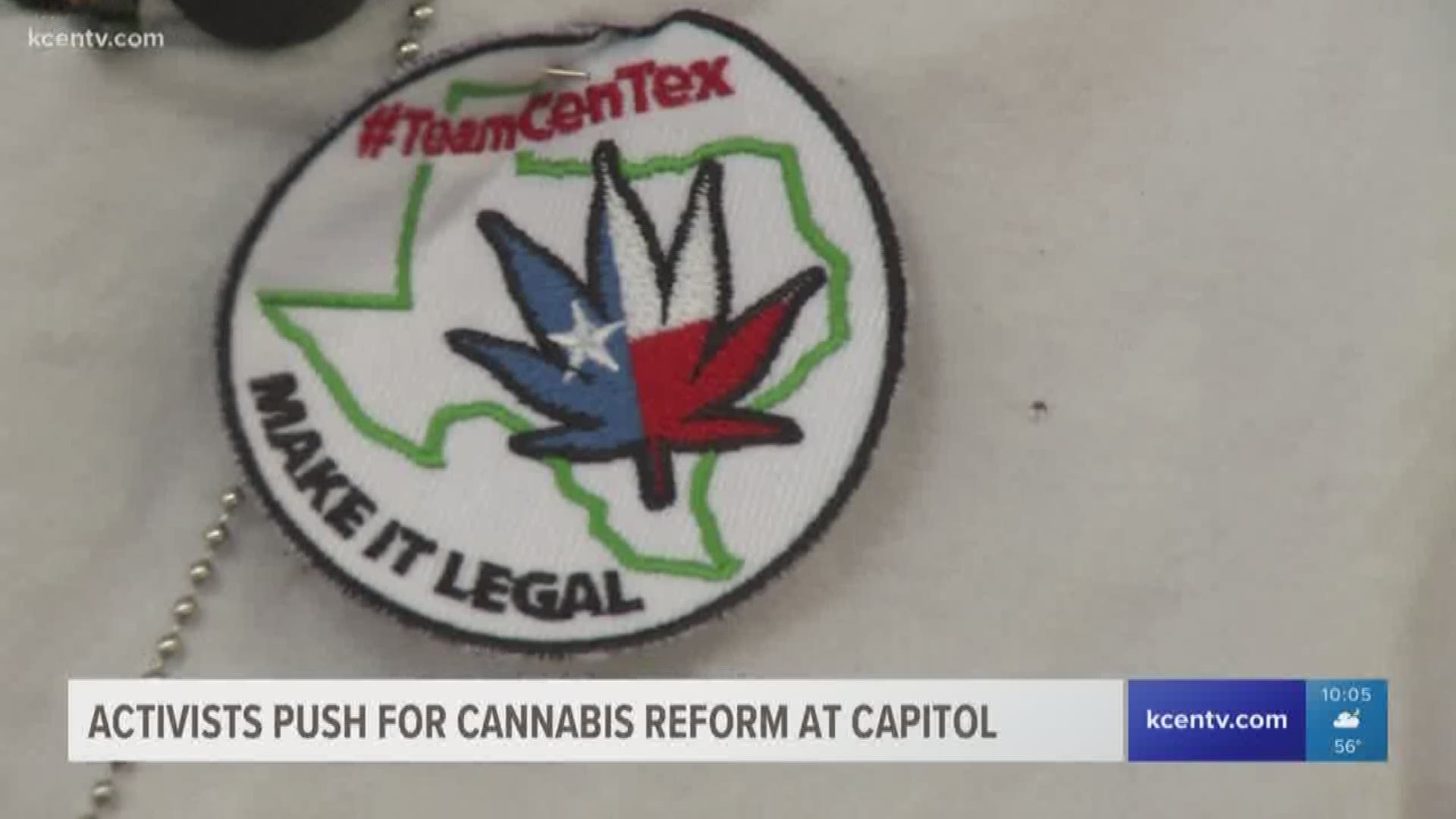 AUSTIN, Texas — Tuesday was opening day for the 86th Texas Legislature, and a Central Texan led a group of cannabis reform supporters on the capitol.

Hewitt resident Karen Reeves founded the CenTex Community Outreach group and made regular trips to Austin during the last legislative session to push for cannabis reform.

Reeves said cannabis saved her from what she describes as damaging side effects of prescription medications. She wasn't the only one with that problem.

One of the supporters who came to Austin said he moved to Colorado to manage his pain after getting off of opiates.

"They accept me there," Daniel Marett said. "They give me a plant count, because I don't make much money on social security. I live on a minimal income and they take care of me. I can grow all of the cannabis I can use."

On Tuesday, she led a group of about 20 people from around Texas in passing out patches and information to lawmakers and the public about the issue.

A total of 11 bills surrounding marijuana reform were filed ahead of the start of the 2019 legislative session.

"We came down to Austin today just to show a presence," Jody Ladd said. "There's a lot of people behind the legalization of cannabis and supporting some of the bills that's come out."

Last session, similar bills struggled to get votes in the house and senate in Austin. In 2017, house bills 241 and 334 were left pending in committee, while house bills 79 and 85 never had a testimony taken.

"If we have safe access, then maybe I wouldn't have to suffer so much every day," she said. "People like me could live a better quality of life, and that's part of the problem. People think we're out just trying to get high and just have a lot of fun, but we actually just want to be normal, like everyone else."

"Marijuana is the lead-in for harder drugs later on. I'm opposed to legalization," he said.

Make it easy to keep up-to-date with more stories like this. Download the KCENTV app now on Android or iPhone!