Both leaders 6 News spoke with said justice prevailed throughout the nation, but that it's just the first step in a positive direction. 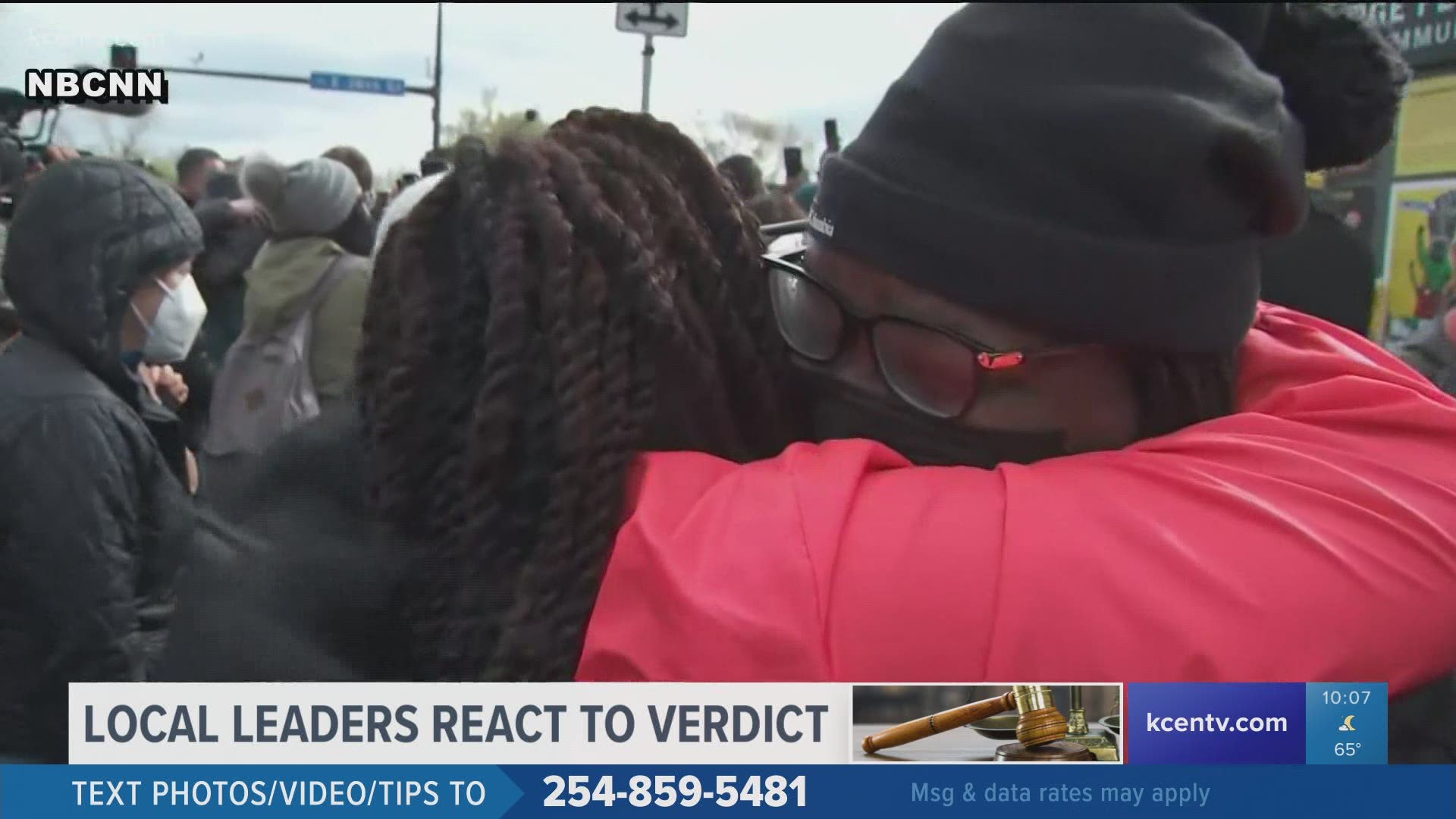 KILLEEN, Texas — Derek Chauvin's verdict was a moment that began nearly a year ago when George Floyd was killed in Minnesota.

That death brought on protests and movements across the country, and here in Central Texas. With the verdict being announced today, it is a relief, according to Killeen NAACP president TaNeika Moultrie.

“Just to actually hear the verdict, was just overwhelming, overjoyed, ecstatic and glad that the jurors had enough courage to do what was right," she said.

Jurors found Chauvin guilty on charges of murder and manslaughter. It took them 10.5 hours to find come to their conclusion. For Moultrie, this was a win for all races.

Reshard Hicks runs Let's Move Killeen, an organization involved in politics, activism, and social movements in Killeen. Hicks believed that today was an important step in the right direction and that the eventual sentencing should not distract people from what happened today.

“The victory that we felt today, we’ve got to hold onto that," Hicks said. "We’ve got to hold onto hope. We can’t be negative, we can’t think down. It’s a positive step in the right direction, we have to keep moving forward and not anticipate for something bad to happen.”

Neither group has any events planned but say they will update on their social media.