Gun sales have been at an all-time high as the federal background checks conducted in 2020 fell just short of 40-million, an 11-million person jump from 2019. 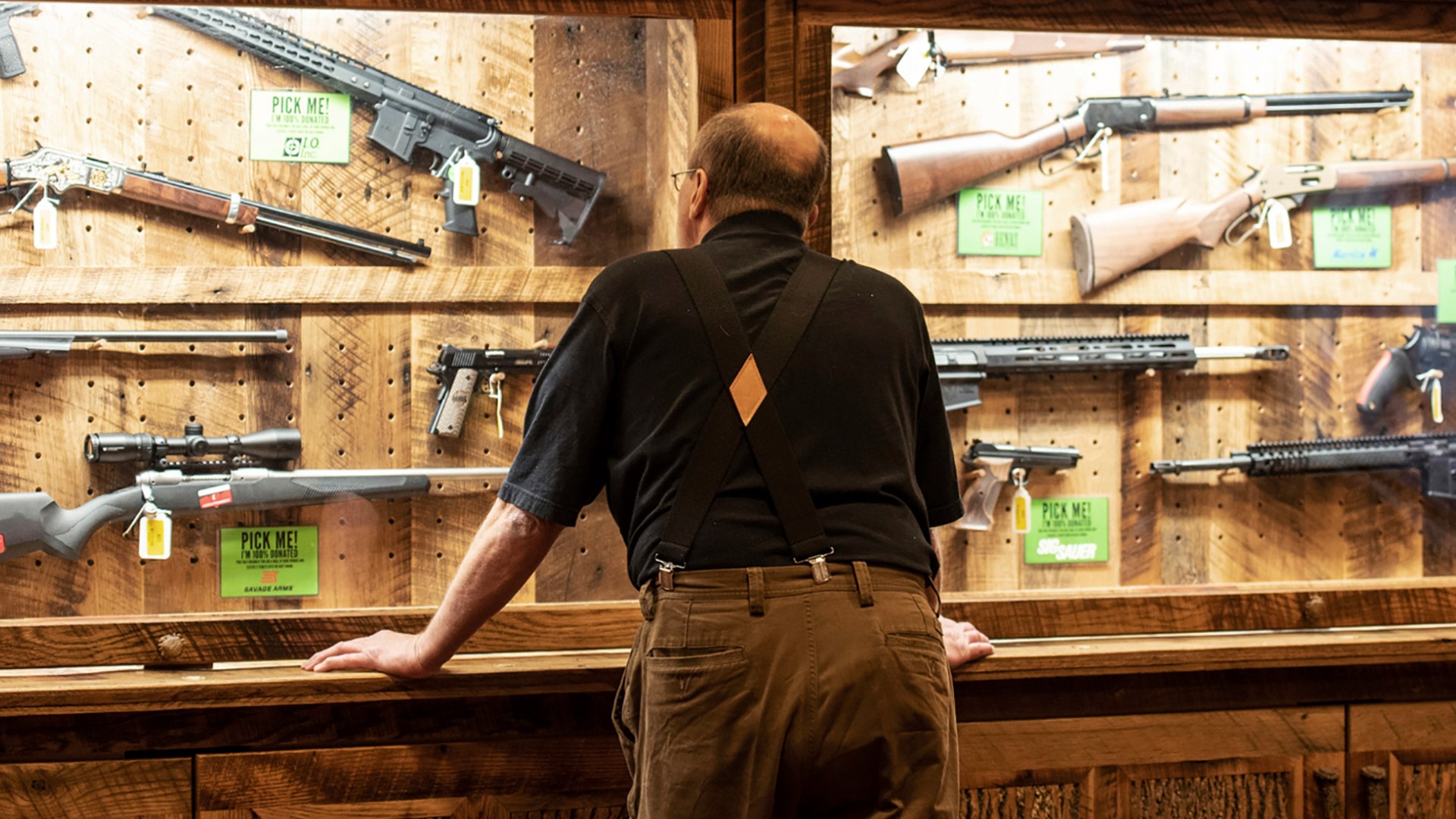 TEMPLE, Texas — On the eve of the Presidential Inauguration, Brent Martin of Hawkeye Shooting Academy is trying to stay focused on business as usual with his uncertainty that looms as President Donald Trump prepares to leave the White House.

"Especially since the Democrats have a one-seat majority in the Senate now, that is also caused a lot of fear that they will be able to ram in and through some sort of gun legislation," Martin said.

Gun sales have been at an all-time high as the federal background checks conducted in 2020 fell just short of 40-million, an 11-million person jump from 2019.

The rise in background checks is contributed to the pandemic and unrest throughout the country but Martin said the concern is about what will happen with the 2nd Amendment as the Biden Administration takes over in Washington.

"I speak only for Open Carry Texas but I think it's fair to say that all of the second amendment-related groups are concerned about imposing unwarranted restrictions on law-abiding citizens," said Richard Briscoe, the Legislative Director of Open Carry Texas

According to ThoughtCo, only two gun laws made it through Congress during Obama's two terms in office. Neither placed additional restrictions on gun owners.

The website states that the two gun laws signed by Obama actually expanded the rights of gun owners. The size of gun magazines, expanded background checks of gun buyers and the banning of gun sales to buyers on terror watchlists all failed under the Obama Administration.

Martin said that his fear for law-abiding gun owners dates back to the Clinton Administration, a 10-year federal ban on assault weapons like AK-47's, Uzis and TEC-9s.

"My fear is something similar to what happened during the Clinton Administration where the ATF was weaponized against dealers manufacturers to drive people out of the business," he said.

Martin recognized that gun laws and regulations have stayed on the state level, but he does wonder if it is headed back toward a federal mandate. He said that would be dire.

"The country is already a powder keg, I think. So, you start talking about taking guns that just make the situation worse. It's like pouring gas on a fire," he said.