The military veteran, husband and father of two hoped to help veterans with mental health and substance abuse issues, so in his 30's he went off to college in pursuit of a Social Work Degree but it was a tough transition. 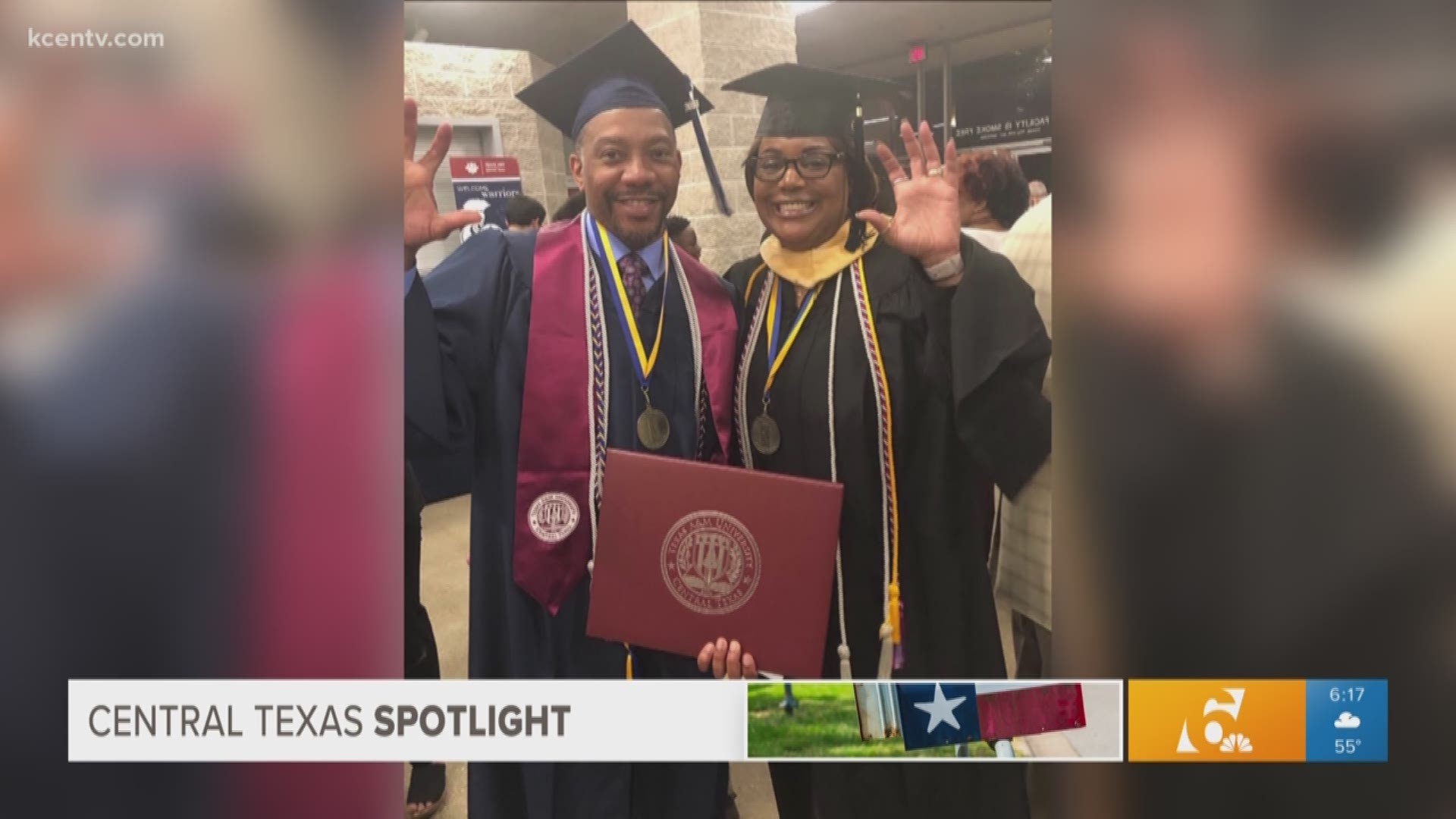 Waco — Kino Hickey dropped out of college thinking it wasn't for him, but over a decade later he's on track to receive his masters.

The military veteran, husband and father of two hoped to help veterans with mental health and substance abuse issues, so in his 30's he went off to college in pursuit of a Social Work Degree but it was a tough transition.

"I had a 1.9 GPA at that time and so I just figured that I wasn't college material and just gave up on it and just began working," said Hickey.

Despite dropping out Hickey's passion to help veterans never died. Ten years later Hickey's wife gave him the push to give college a try once more.

"One day my wife out of the blue just sent me an email and she was like hey how about we give college one more try," said Hickey.

And that's exactly what Hickey did. First at Central Texas College in Killeen where he doubled his GPA from 1.9 to 3.9, from there he moved on to Texas A&M University Central Texas where he graduated with honors with a bachelors in Social Work and received the Social Worker of the Year award. Now Hickey spends his days at Baylor as a graduate assistant in the Social Work department on track to receive his Masters in the spring of 2019.

"It's really exciting to see him successfully be admitted into our program and to come here and thrive," said Emily Corntassel Assistant Director of Admissions at Baylor Garland School of Social Work.

Thankful to his professors for investing in him, and to his wife for encouraging him, now armed to inspire others.

"Tell your story it could be the key to someone else's prison. If I can do it so can they," said Hickey.

After graduating Hickey wants to start back working for the VA but this time as a social worker.

If you know of someone Emani should spotlight in the future email her at epayne@kcentv.com