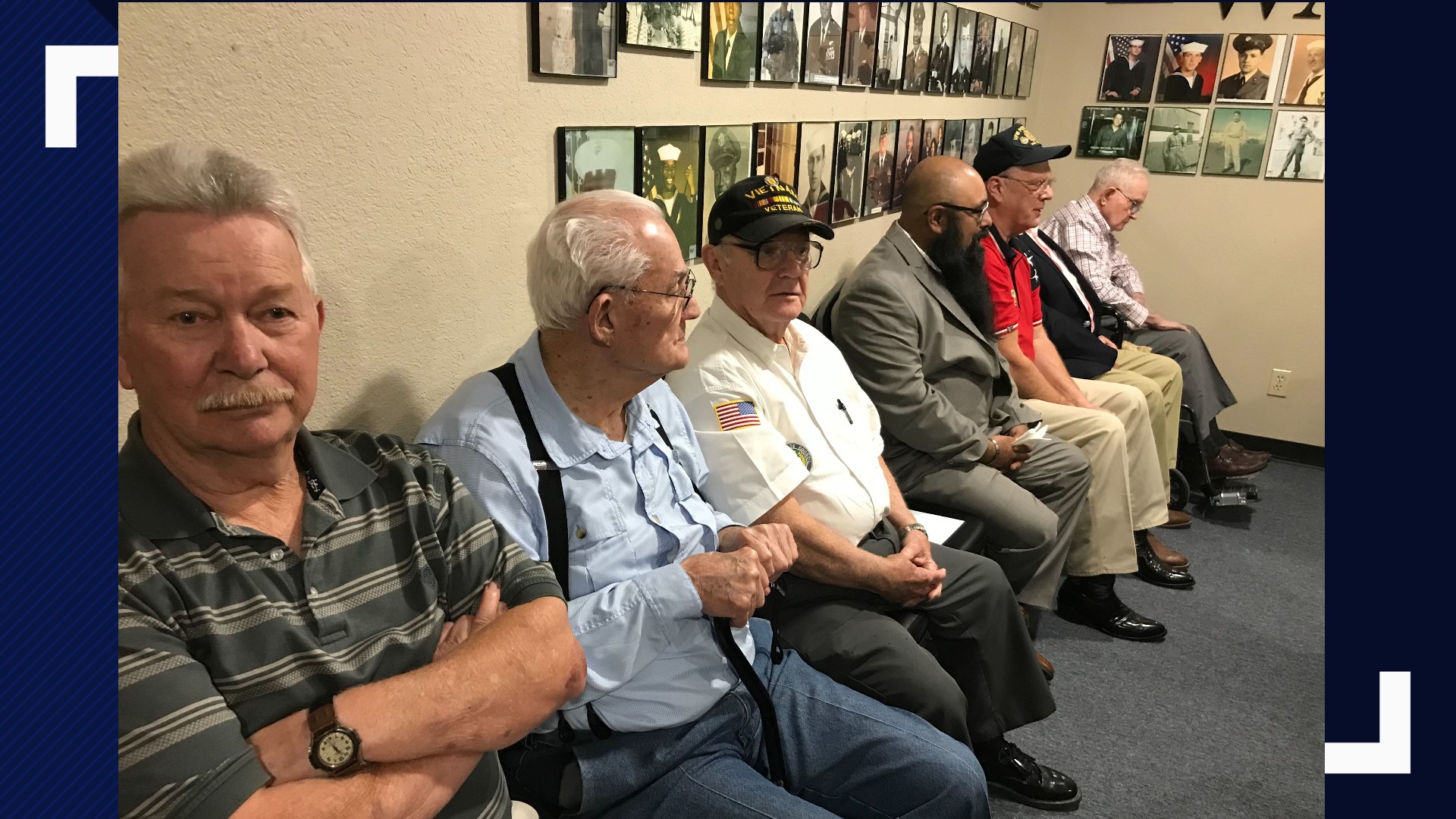 WACO, Texas — Eight Central Texas veterans were honored on Monday for their efforts to serve the veteran community long after their military careers finished

Air Force veteran Jerry Guinn was proud to point out his photo hanging on the honor wall at The Heart of Texas Veterans One Stop. He said many years ago, he knew he was going to get drafted.

So, he figured he'd might as well join the military.

"A lot of people were angry over the Vietnam War by 1971,” said Guinn. "But I still felt that was my job to do since I was an American citizen."

Guinn served as a security police and dog handler in Vietnam, where it's estimated that K-9 teams prevented more than 10,000 casualties.

"I loved being a dog handler. I enjoyed that," he said. "That was the best thing that ever happened to me."

"So each of these eight folks have done it. We have a great group of folks who are part of this," said Flores.

After his military service, Guinn said the tragedy of 9/11 inspired him to re-engage with the veteran community. He serves through Waco's Veteran of Foreign Wars Post and he volunteers at the VA and the Heart of Texas Veterans One Stop.

"I’m just glad I’m healthy enough to still do that,” said Guinn. "There are a lot of young guys who are coming back from Iraq and Afghanistan with a lot of difficulties, and if I can help a little bit and help them through that, it will make it worthwhile."

DeLisa Russell, the former director of Heart of Texas Veterans One Stop, also got an honor from Rep. Flores.

Under her leadership, the facility went from serving 2,000 veterans to more than 24,000.