Charity Renaissance Festival in Groesbeck is being held this weekend

The festival is in honor of Mike Tillery who died June 9 following his second battle with cancer. 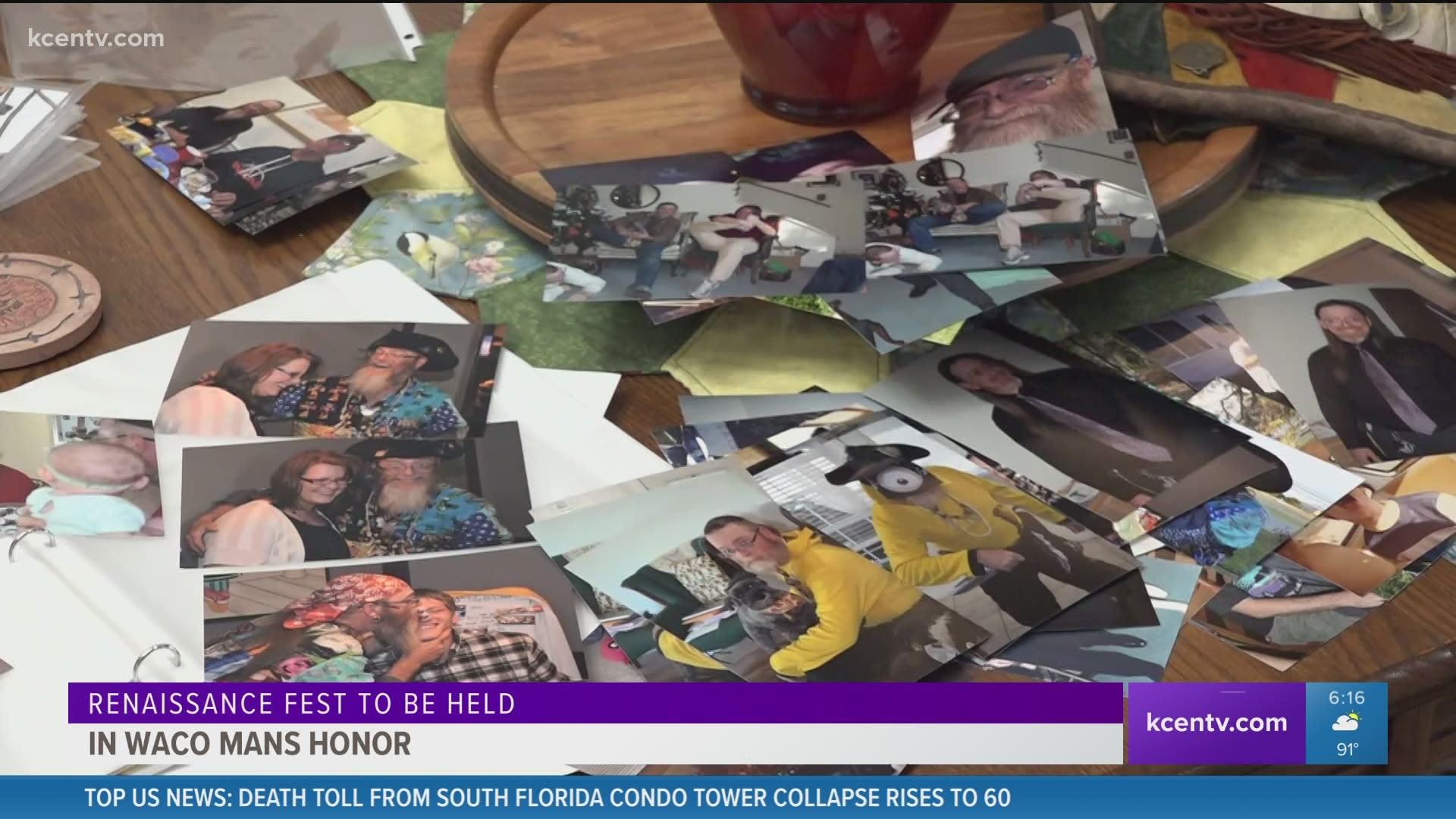 GROESBECK, Texas — This weekend, a Renaissance Festival in Groesbeck will honor a Waco man who died last month after a second bout with cancer.

Mike Tillery was well-known in the renaissance community and was known in close circles as Crooked Beard or Mikee Mann. After cancer spread to his liver, they all thought Tillery would beat that too, until he went septic on Mother's Day.

"It kind of opened our eyes, and we started to realize that the end was near," Mike's son Anthony Tillery told 6 News in June. "And the one thing that he had always loved was the Renaissance Fair."

Anthony started planning a charity renaissance fair this spring as a way to bring his father a little joy. At Mike's request proceeds will go to Baylor Scott & White McClinton Cancer Center and Shepard's Heart, a food pantry.

And although he won't be there to see it, Mike's legacy of putting smiles on everyone's faces will continue.

"Mike helped a lot of us find our way and find a place where we belong and then doing that he found his thing," Peters said.

Renaissance Faire Crooked Beard Charity event takes place July 10-11 at Old Fort Parker in Groesbeck. Cost is $8 for 12 and under, military and senior citizens, $10 for over 12. Vendor space is $40 each. Camping is available at $10 for tents and $20 for RVs.