Manley said police would be increasing their presence in Downtown Austin and The Domain after a recent string of violent crimes. 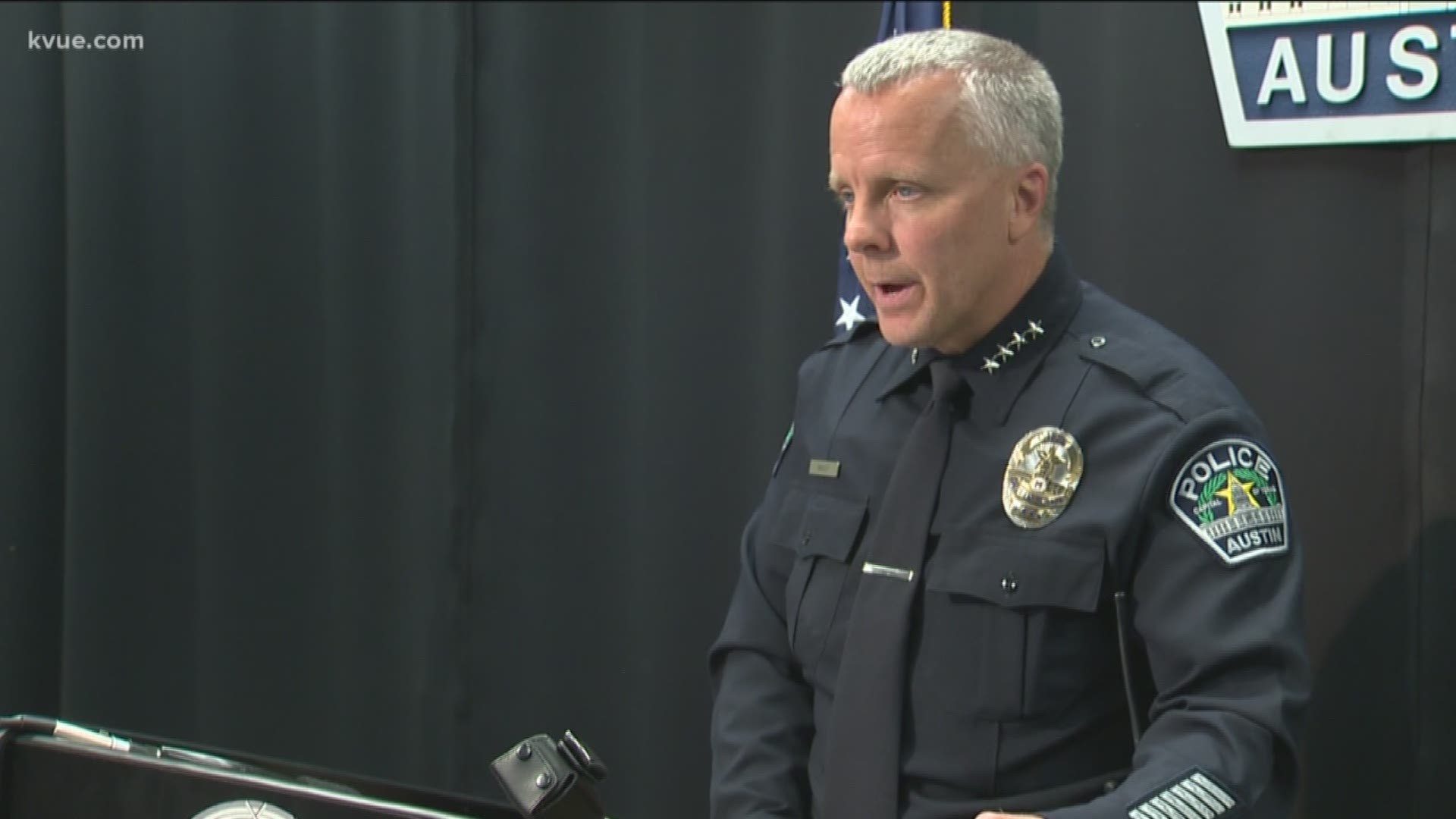 AUSTIN, Texas — On Monday, Austin Police Chief Brian Manley said comments made by the president of the Austin Police Association this weekend were “insulting.”

The comments came after two consecutive weekend shootings on East Seventh Street downtown. Plus, a stabbing on Rock Rose Avenue at The Domain on Sunday morning sent a man in his 40s to the hospital.

“It’s a matter of the department having the intestinal fortitude to get out there and do things the way we used to,” said Casaday. “The city was a very safe city for a long time.”

In a press conference on Monday, Manley said he spoke to Casaday about the comments.

“I find these comments insulting to the hard-working men and women of APD who go out there every single day and do their best to keep this community safe,” said Manley.

According to Manley, Casaday said the comments were a bad choice of words.

“The men and women of the Austin Police Department work hard for you day in and day out, every single day,” said Manley. “I assure you, your department has not lost the intestinal fortitude in keeping you safe.”

Manley said police would be increasing their presence in Downtown Austin, especially on the weekends, after the recent string of violent crimes in the entertainment district.

Starting this weekend, all downtown patrol shifts will be at mandatory 100% staffing, meaning any absences will be filled with overtime staffing. Additional officers will also be added to each shift, Manley said.

Personnel officers from street narcotics and gang units will be in the downtown area to provide support to patrol officers.

Manley said while the downtown area is covered by video surveillance, police will be increasing lighting in the area.

Mark Favoccia and his wife know the area well since they are homeless and live in the downtown area. He plays the drums at Sixth Street and Brazos Street. He said after the first shooting from a couple weeks ago, he decided to get some walkie-talkies.

"We went and we bought these because of all the shootings," Favoccia said. "If she's going down the street, I can contact her. She can let me know what's going on. I worry about her – she's pretty. She goes up and down the street by herself."

Bobby Tynes is visiting Austin from the Beaumont area with his family. He said while he is used to crime in new cities since he travels a lot for work, it worries his family.

"I have a wary eye of where to go and where not to go," Tynes said. "They've heard a few things and they're nervous about the environment. I think they're a little uncomfortable here right now."

RELATED: How dangerous is the Sixth Street area compared to parts of other big cities in Texas?

The downtown district already has the highest concentration of officers in the city of Austin. While Manley said violent crime was down 8% this year, on top of a 4.2% drop last year, the downtown area has seen an uptick in violent crime, with an increase in the use of firearms.

The Domain is generally a safe area, Manley said, and Sunday's stabbing was an isolated incident. But he said officers would also be increasing their presence there on the weekends.

Lil Nas X sets new Billboard record for most weeks at No.1