The number of people sleeping on the Circle has jumped in recent months, as have the number of complaints. 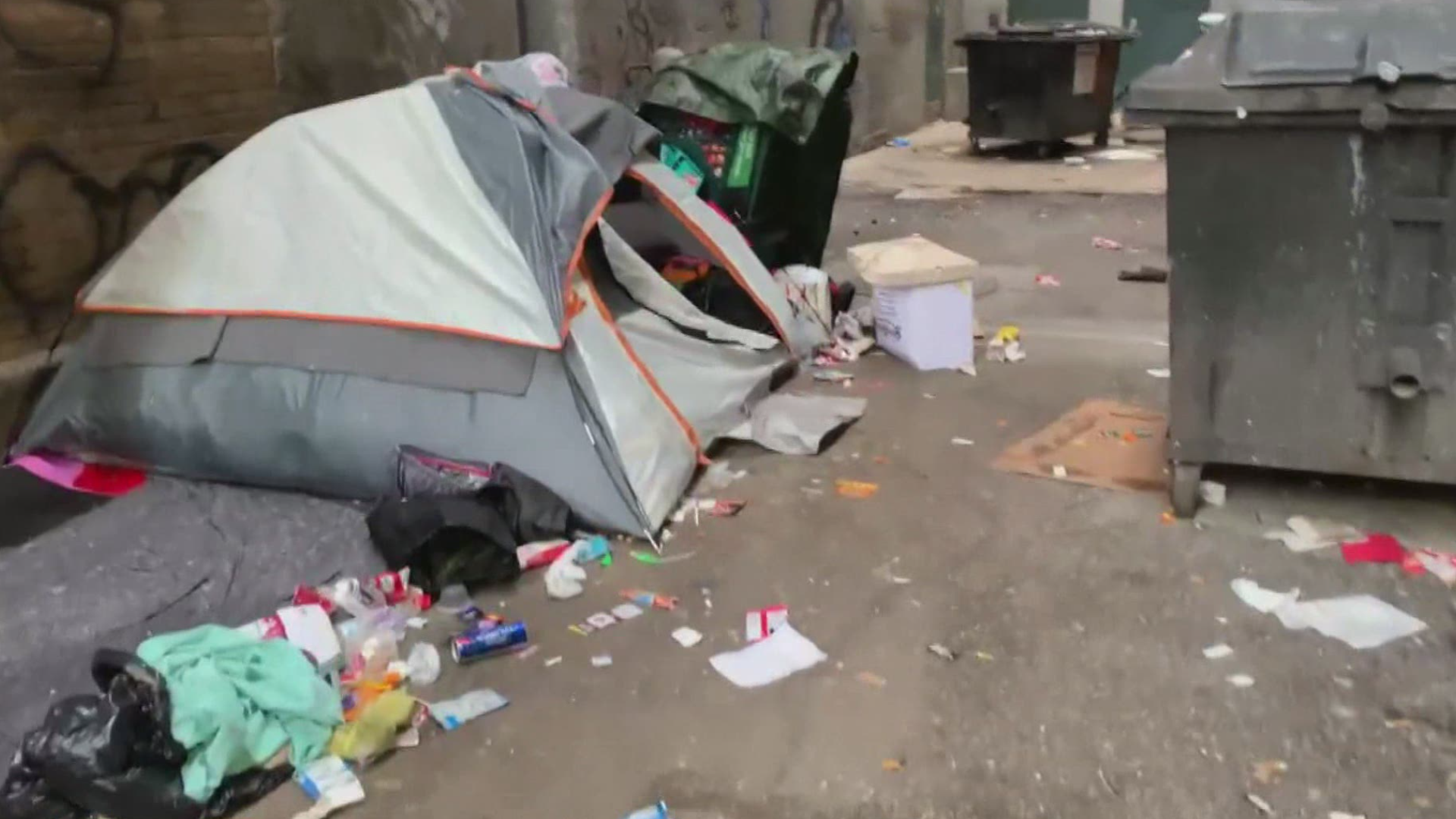 INDIANAPOLIS — The notices from the city went up on doors and windows around Monument Circle Monday. They alert people who have been camping on the Circle in doorways and under awnings that they'll need to remove their belongings by Jan. 12.

The city says the encampments are blocking the public right-of-way.

"We're trying to provide a safe environment for everyone on the circle including those experiencing homeless," IMPD Officer Patrick McPherson said.

McPherson heads IMPD's homeless unit. He said the number of people sleeping on the circle has jumped in recent months and so have the number of complaints, especially from nearby businesses.

Doug Stephens has been a strong voice.

"The goal is not to run people off being on the sidewalk, but we can't have encampments built where it becomes a health or safety hazard," Stephens said.

Stephens owns Downtown Comics East Market Street near the Circle. His business was crushed by the pandemic and riots in late May. He's one of several downtown business owners behind an effort called Save Our Circle, which has chronicled the challenges he and others face.

"We want to see the Circle clean," Stephens said. "And at times, especially in front of the symphony, it's been an actual health hazard or blocking the right of way for families trying to go around."

The Circle was nearly spotless Tuesday after public works crews picked up trash and power-washed sidewalks, but Stephens pointed to pictures showing what it's looked like before, with people camped out in front of the entrance to the Hilbert Circle Theatre, trash left behind on sidewalks and tents pitched in alleys.

"No one wants to come down and see that," he said.

The city's homeless bill of rights requires the city to give 15 days notice before displacing anyone, to store their belongings for 60 days and to connect them with services and housing options.

Steve Kerr with Wheeler Mission said they support the city's efforts to get people off the streets and inside.

"This is public property and public right-of-way," Kerr said. "And the fact of the matter is there is room. It may be crowded, but we'll find room. The city has two hotels as overflows so there is room for everyone."

But not everyone wants it.

One man who's been living on Monument Circle and didn't want to be identified said, "I stayed in a couple places and started to get claustrophobic where I had to get back out here."

But he also said he understands that businesses are struggling and seeing people camped out on the Circle doesn't help.

"I wouldn't want to go into a business either if someone scared me," he said.

While prohibiting encampments around the Circle should help nearby businesses, Stephens said it won't solve the larger problem.

Like the man 13News talked to, Stephens said, "there are people out there who are homeless or on the streets and don't want to be housed. "They will go somewhere else, if not the Circle, it will be on Washington or further downtown or by the library."

"Our goal is housing and not enforcement, so we'll deal with it on a case-by-case basis," he said.