City of Waco working on an affordable housing plan

The money will be used for several things across the city, and they're setting aside $17 million to go back into the community. 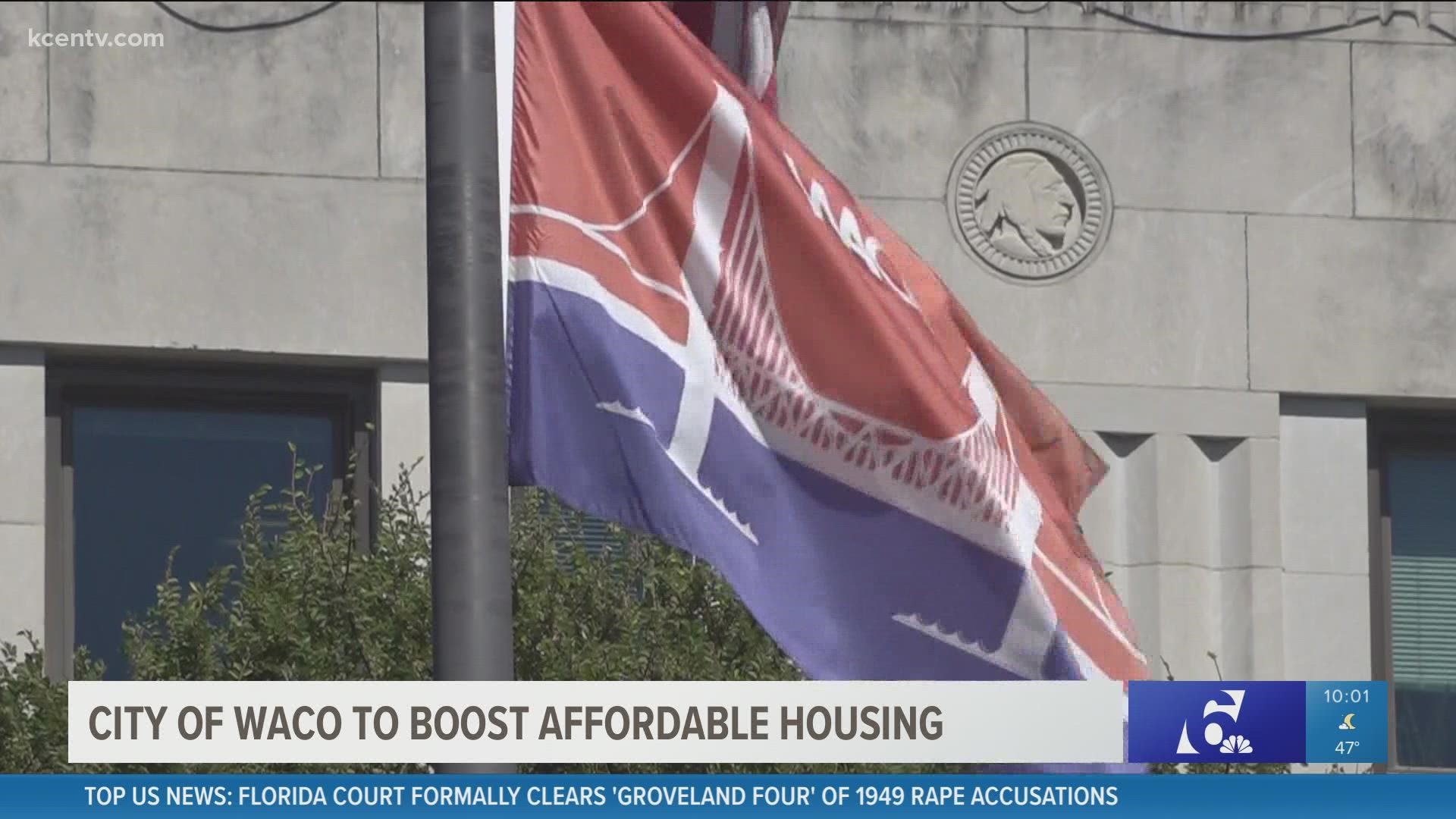 WACO, Texas — The City of Waco is set to receive $34 million as part of the American Rescue Plan Act. The money will be used for several things across the city, and officials are setting aside $17 million to go back into the community, including a plan for affordable housing, after receiving community input.

"The American Rescue Plan is a potentially once in a lifetime opportunity for the city to do all of the things that it's wants to do but it's hard to identify funding sources," Nicholas Sarpy said, the City of Waco's director of office management and budget.

They identified key areas to spend the funding, which includes $4.3 million for new affordable housing, $3.1 million for home rehabilitation and $1.8 million for down payment assistance.

"The categories were very broad on purpose and so the team is working on the specifics," Sarpy said.

Galen Price with the city manager's office said there's a definite need for affordable housing in the city. They commissioned a housing study in the spring of 2021 to determine where the gaps are.

"With the rental market the way that it is there is a gap between what individuals are earning and have the amount to afford versus what the actual rents are," Price said.

With the study and the funds, they want to identify recommendations and strategies to close those gaps by developing a plan that's long-term and sustainable.

"Money may be going towards rehab existing housing, helping individuals with the construction of new housing. As you know construction prices have sky rocketed within the last six months so being able to build affordable so people can actually afford homes," Price said.

The funds will be used through 2024 and by the end of this year, the city will get the results from the housing study and they expect to have an affordable housing plan in January.