The mayor spoke about the city's financial position and recovery from the COVID-19 pandemic. 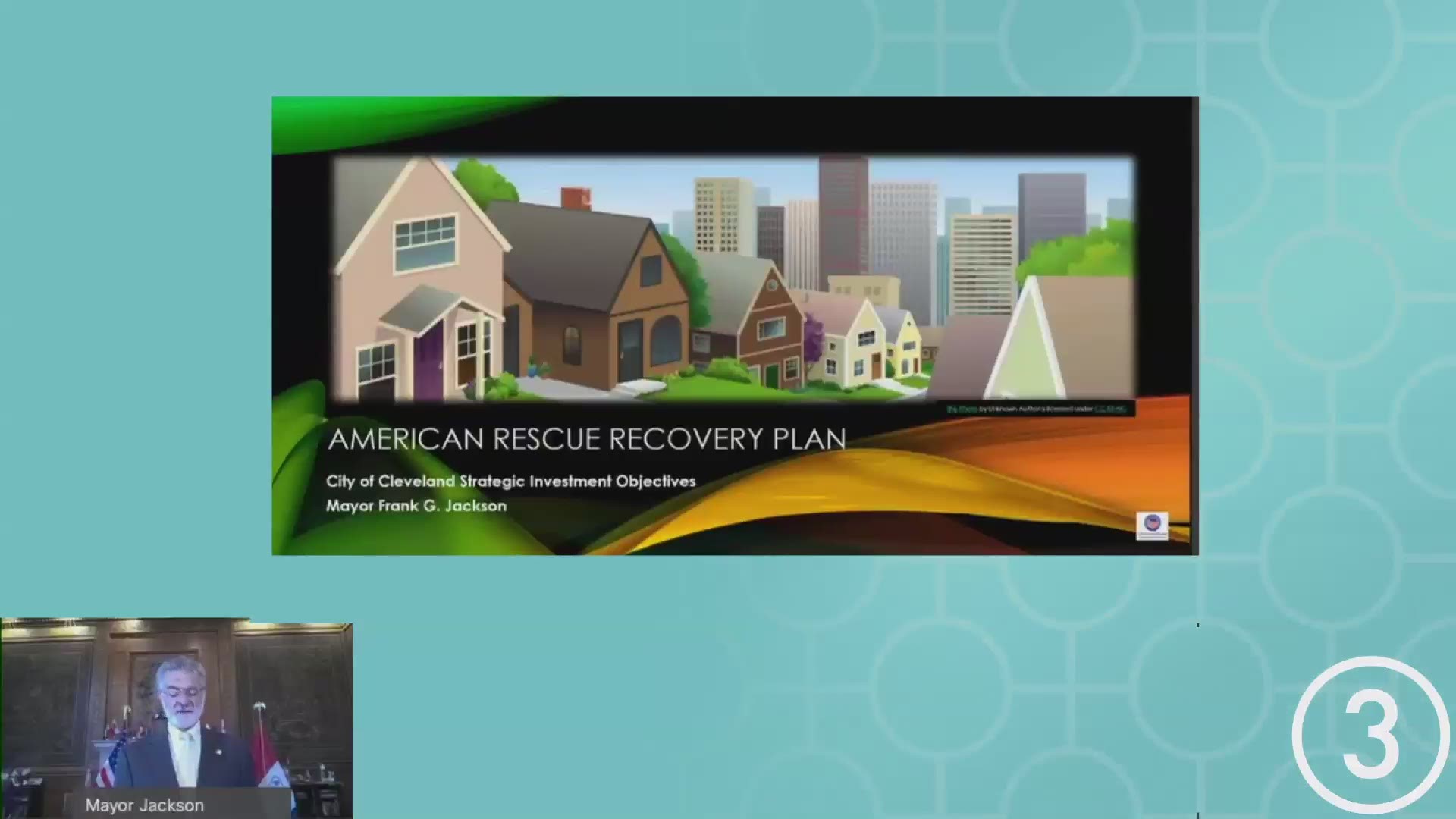 The administration spoke about "fiscal and budgetary stability, recovery from the impact of the pandemic and positioning Cleveland for the future," including how it continues to invest in underserved neighborhoods in the city.

The city says it has been investing in the lakefront, Cleveland-Hopkins International Airport, and neighborhoods within the city, and that will continue beyond the pandemic.

Cleveland plans to invest $511 million in federal funding in the city to position it for the future, as the downtown area, businesses and residents recover from the impact of the COVID-19 pandemic.

The city also said it plans to continue investing in building up neighborhoods. Some of the neighborhoods where specific dollars have been spent on improvements are:

The administration also laid out a plan for strategic homebuilding in the city, which includes a demolition program and one to increase home ownership in city residents. The city also says it plans to rehabilitate existing vacant homes to make them livable. It will also work with lenders on affordable options for residents to live in these homes.

Another topic that was discussed was options to boost small business owners in the city by expanding outreach to those who have been negatively impacted by the pandemic. The city also said it would invest in revitalizing storefronts in the downtown area and remediate existing buildings to develop property.

Cleveland city leaders also laid out a plan to bridge the digital divide within the city. It set a goal of connecting 40,000 households to the internet by 2025 by working with the Digital Equity Coalition Partnership. That partnership will work to investigate current efforts and test new approaches, according to the city. It also plans to work with certain non-profit organizations to connect those to the internet that do not currently have access.

You can watch the mayor's entire press conference in the player below.

Earlier this week, Mayor Jackson sat down for a one-on-one interview with 3News anchor and Executive Editor Russ Mitchell. The two spoke about many topics, including the legacy the mayor is leaving behind. Mayor Jackson announced this week he would not run for another term, after 16 years in office.

“It wasn’t that difficult," Mayor Jackson said of making his decision. "To be honest with you, it was more difficult the last time I ran because I also contemplated not running then. It was a more difficult decision then."

RELATED: Cleveland Mayor Frank Jackson tells 3News' Russ Mitchell what's next in his life, offers advice to his successor and reveals what he'll miss most

The mayor told Mitchell that there wasn't one deciding factor that convinced him not to run for another term.

“You have to remember that I never wanted to be mayor," he said. "It wasn’t my envision to be mayor. My personality is not tied up in the position. I just felt it was time, as I said in my statement, to move on. I fully recognize the issues that I have a passion for are things that would not be resolved even if I did run for another term because these are long-term issues, very core issues that need to be addressed. … It was just time for me to move on. It’s just time. I just felt it was time.”

You can watch the entire conversation between the two in the player below.