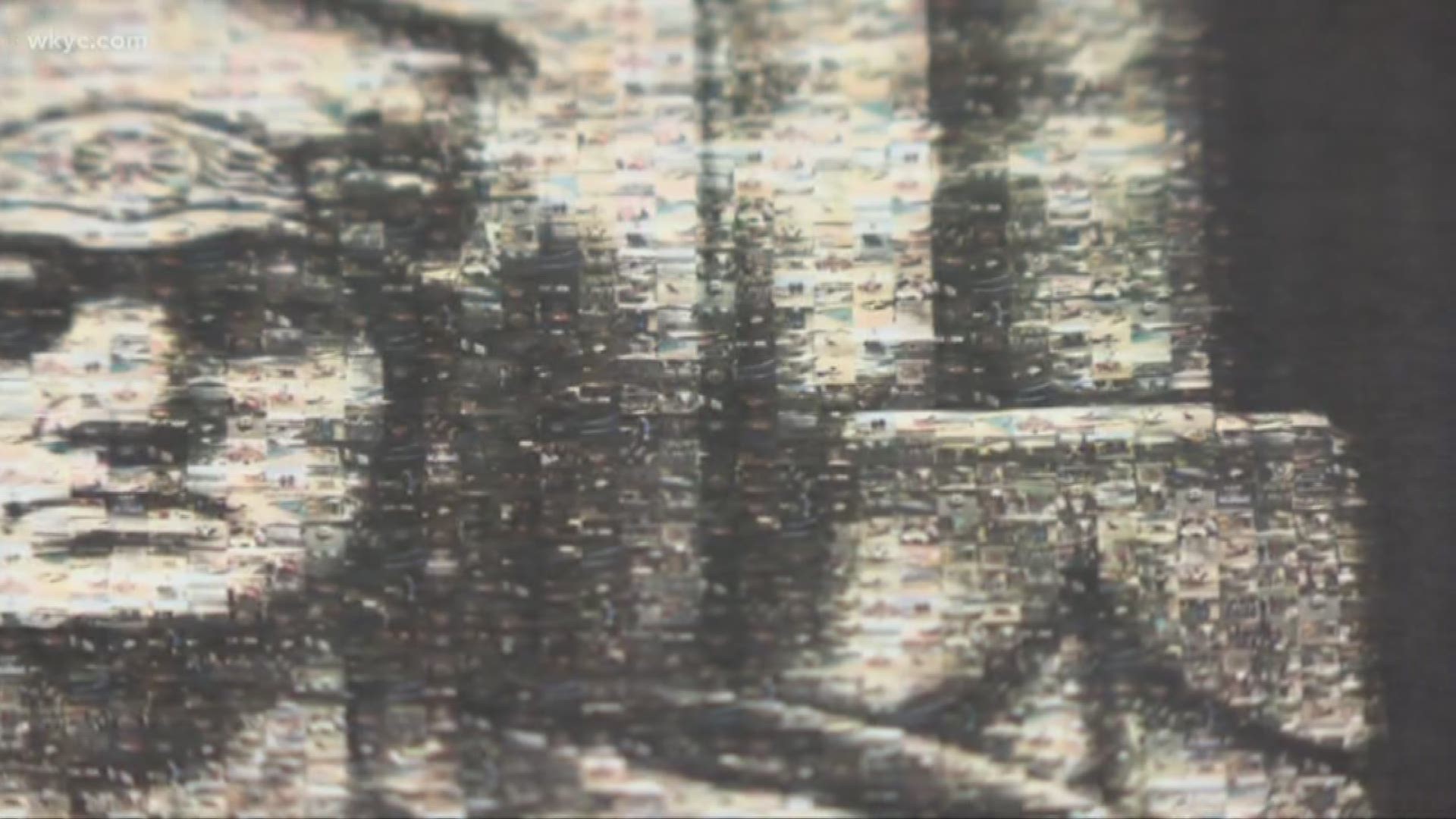 CLEVELAND -- The city of Cleveland Planning Commission on Friday unveiled design plans for the replacement of the LeBron James banner downtown.

The new design features one of the guardians of the Hope Memorial Bridge that connects Lorain and Carnegie avenues and says, "All for The Land." The banner also bears the Cleveland Cavaliers and Destination Cleveland logos.

If you look closely at the new design's mock-up, you can see that the image is actually a mosaic made of smaller images. Fans can be a part of those.

The Cavaliers are asking fans to submit photos to be featured in the design. All photos must be submitted by Sept. 21 at 5 p.m. Click here to learn more.

The James banner, which was displayed on the side of the Sherwin-Williams building, came down in early July after James announced his departure for Los Angeles.

Nike, the banner's sponsor, took down the previous version of the billboard following James' departure to the Miami Heat in 2010. A new iteration was installed in 2014 upon James' return to Cleveland.