The Waco animal shelter has seen more than 60 adoptions or fosters in the last few days, but they still need help. 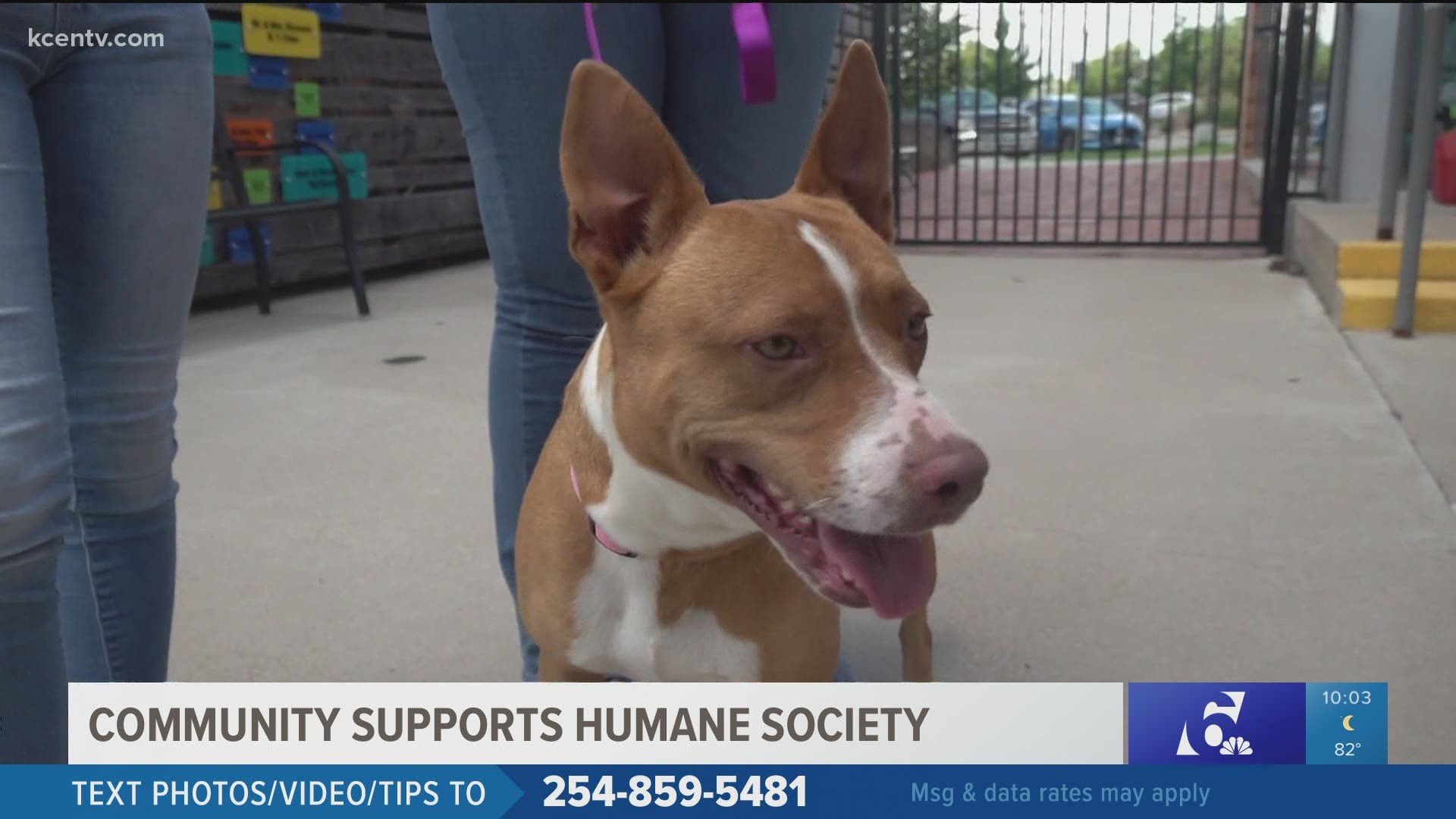 WACO, Texas — The Humane Society of Central Texas was hoping to have 100 dogs adopted by Sunday to make room for the many strays that continue to come in. After the community came out Sunday, a total of 61 dogs found new homes.

It helped give the shelter some breathing room, as they are no longer at critical capacity, but Executive Director Paula Rivadeneira said they are still nervous about the next week.

"Even if we got 50 animals out, we might get that in, in two or three days." Rivadeneira said. "They are going to keep coming in and coming in, and where are they going to go?"

Rivadeneira told 6 News they always get more animals during the summer and got a big influx after last week's storms. She hopes anyone looking for an animal in the Waco area, will visit the shelter on 2032 Circle Road in Waco immediately.

"The very first thing to do is come here to the shelter, we'll walk you though the shelter to see if your pet is here," Rivadeneira said.

At the same time, the Waco community did come out in crowds on Sunday and many pets still got adopted. For the shelter, every one of those adoptions is a win.

Tanner and Mikayla Stone are just moving back to the area, and were already considering taking a dog home.

"I think it's just critical to adopt right now because there are so many [dogs] that are coming through, and so many that need a home," Tanner Stone said. "The society is doing awesome work to make that happen."

If a family can't adopt a dog, they can also foster a pet to help clear up space at the shelter. And even if a person can't take a pet home right now, they can always help by volunteering.

Rivadeneira said all of the dogs need to be walked, but they only have a few volunteers that are able to do it. As of Sunday they were able to accept up to 10 additional volunteers to help take care of the animals.

Rivadeneira also said they are making adoption fees donation-based right now, meaning you pay what you want instead of the normal $50 adoption fee.