The community celebrated Danny Krumnow's hospital release with live music, raffles and food to help raise money for his recovery. 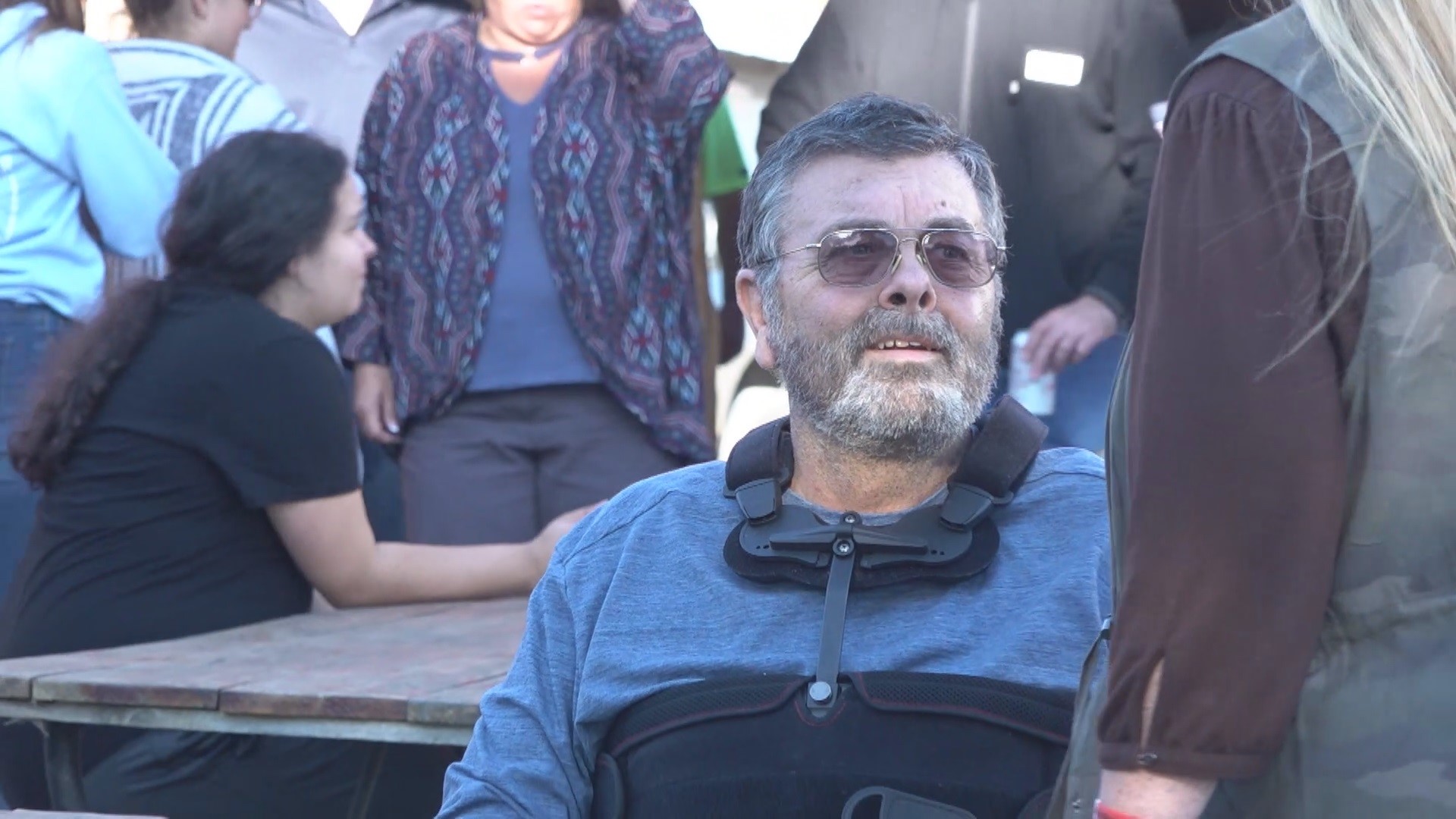 Almost a month after Danny Krumnow was nearly killed by a hydroplaning car, the Riesel police chief was released from the hospital and went home with friends and family.

RELATED: Deputy dies, police chief in critical condition after they were hit on Hwy. 6

The community cheered for Krumnow as he arrived to his benefit at Trading House Bar and Grill in McLennan County Saturday.

Attendees celebrated with live music, raffles and food to help raise money for Krumnow and his family during his recovery.

Krumnow and Falls County Deputy Matt Jones were hit by a car while on duty Oct. 11.

Jones was pronounced dead at the scene. At Saturday's event, Krumnow said he knows how close he came to dying too.

“I saw it coming. I had one step on Matt. That’s all I had. I was extremely lucky,” Krumnow said.

Krumnow said it’s been a rough couple of weeks, but he appreciates the community's support.

“Law enforcement is hard enough. For every person here I’ve probably had just as much come to the hospital to see me,” said Krumnow.

Krumnow said he might still have to undergo a knee replacement, but doctors are still deciding whether the procedure will be necessary.