There’s a scramble to find places to house the growing numbers of children caught crossing the border alone. 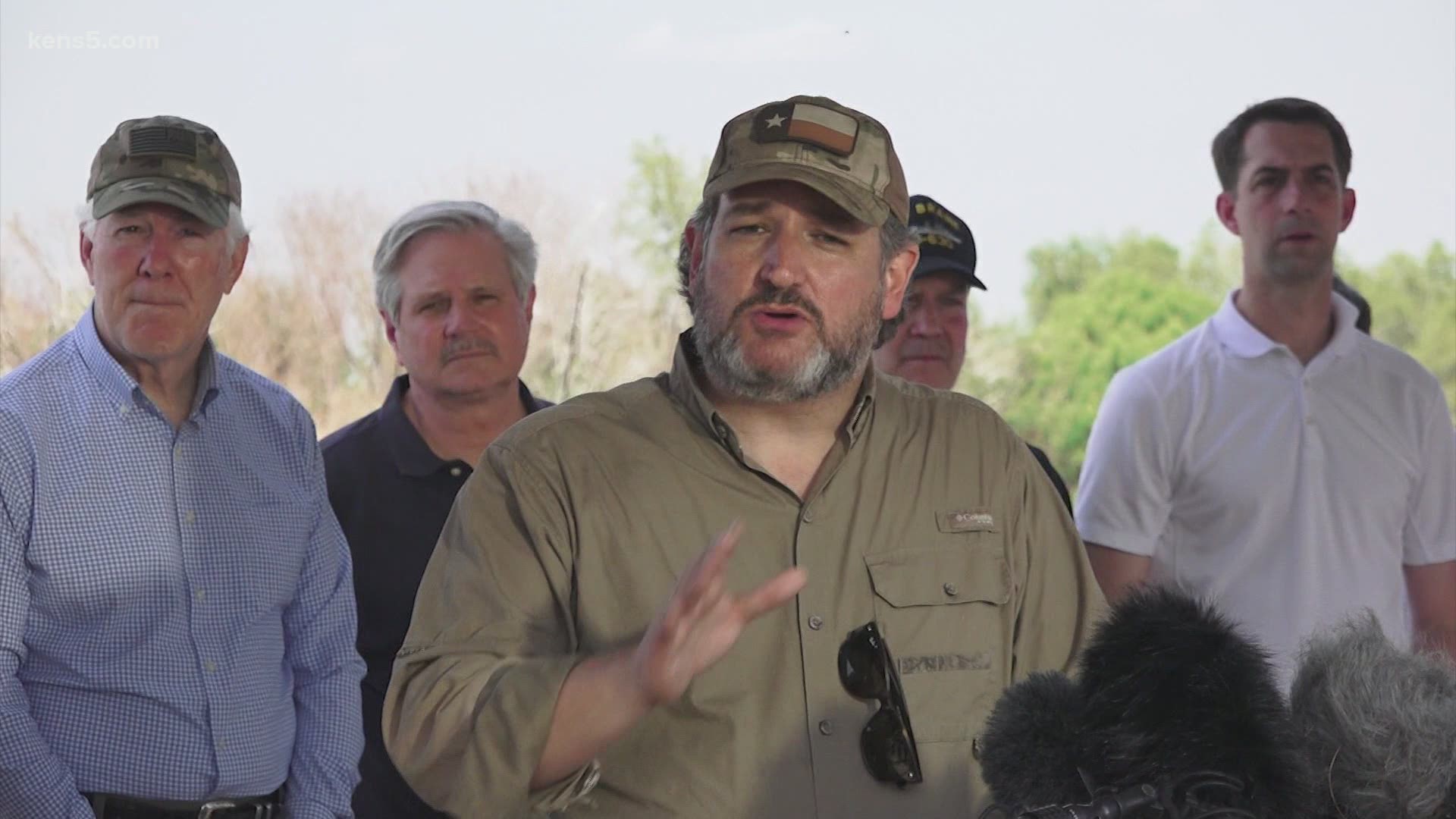 TEXAS, USA — On Friday, Congressional Republicans, including Senators John Cornyn and Ted Cruz, got a firsthand look at the crisis on the border.

There’s a scramble to find places to house the growing numbers of children caught crossing the border alone.

Cruz and Cornyn led a congressional delegation tour to the Rio Grande Valley Friday with 17 other Republicans. The group joined border agents on a midnight patrol and visited a temporary processing facility in Donna.

Speaking after a boat tour along the Rio Grande, Senator Ted Cruz said the conditions in the Donna facility were overcrowded with children laying side-by-side without any space. He also said they were shown an area with children who had tested positive for COVID-19. The senator called for the Biden administration to allow media cameras in the facility.

"What is occurring here at the border is heartbreaking and it’s a tragedy," Sen. Cruz said. "It is striking that not a single one of these cameras is allowed in the Donna facility. We requested media to come inside and the Biden administration denied us."

Senator Cornyn also spoke, saying many of the people they spoke with on the tour are asking for help from national leaders in the crisis.

"They cannot get ahead of this flood of humanity without the support of Washington, D.C.," Sen. Cornyn said.

Also on Friday, Congressman Joaquin Castro led a congressional delegation to the Carrizo Springs Office of Refugee Resettlement (ORR) facility for unaccompanied children at the border.

Rep. Castro said he wanted to make sure kids are being humanely treated. These people came to seek asylum, and the Biden Administration is trying to respect international law and United States law, he said.

This comes after a recent surge of people crossing the border, particularly of unaccompanied minors. Two facilities are approved to be used to house an overflow of migrant children temporarily. Wednesday, the Pentagon approved Joint Base San Antonio as the first location. It's unknown when some of the children will start arriving base, but a release said preparations will begin immediately. Vacant dormitory space is expected to be used to shelter them.

On Thursday, Senator Cornyn tweeted  the U.S. Department of Health and Human Services had announced 2,400 beds would be established at Freeman Coliseum. The senator's tweet did not say when efforts would begin at the arena.

HHS said they will "utilize all available options to safely care for the children." The Office of Refugee Resettlement says they are also working to ensure children don’t spend more time in border patrol facilities than necessary.