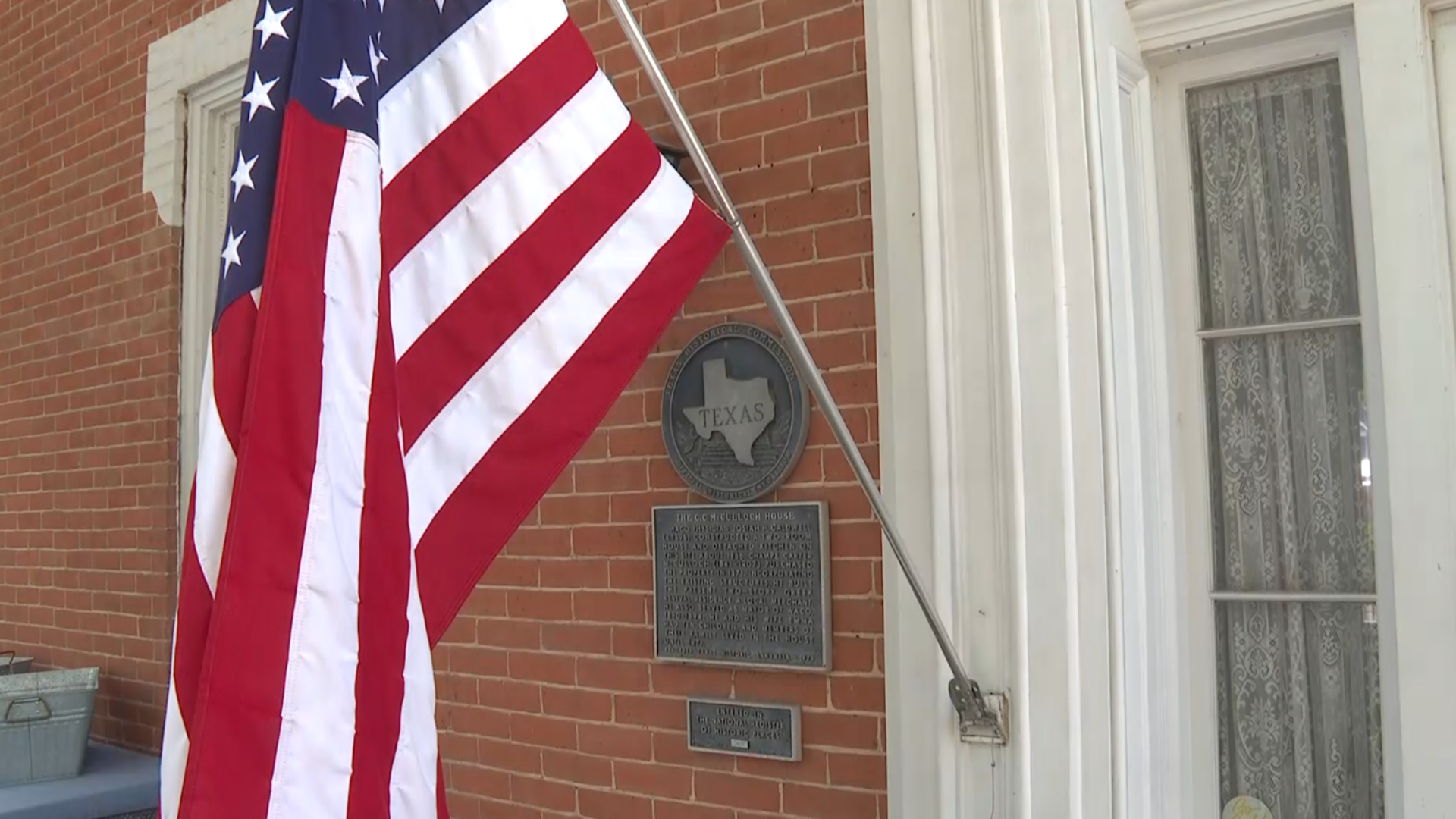 WACO, Texas — Flag Day was celebrated a day early at the McCulloch House in Waco as the Historic Waco Foundation and Daughters of the American Revolution hosted the event.

The holiday has been celebrated since the 1800s but wasn't officially made a holiday until 1949 when President Harry Truman signed it into law after an act from Congress.

The day was celebrated in Waco by volunteers and families who learned about the meaning of the flag. One educator at the event was Marilyn Judy whose son and daughter-in-law are captains in the U.S. Army.

“We tried to turn it into a learning experience, we have literature talking about the folds of the flag, and what each fold means," she said. "The history of the Pledge of Allegiance and then we have fun things to do too. I’m a retired school teacher so everything I do seems to be oriented about somebody learning something so that’s why I enjoy what I do at the Historic Waco Foundation."

The day is special as well for those who have lost veterans, like Bevil Cohn. Her father served in World War II in the Navy. She said her father had pride in serving and she always remembered to respect the flag.

“I think he was always very patriotic in his way, and see I’ll get all teary eyed when I start talking about that," Cohn said of her father. “I think that pride of serving in the military and pride of the flag, if you start looking back through, it carries back through in many different ways.”

The official Flag Day is June 14.