Deep in the Heart Film Festival back in person this weekend

The event kicks off Thursday evening through Sunday and they also have a virtual option July 25-31. 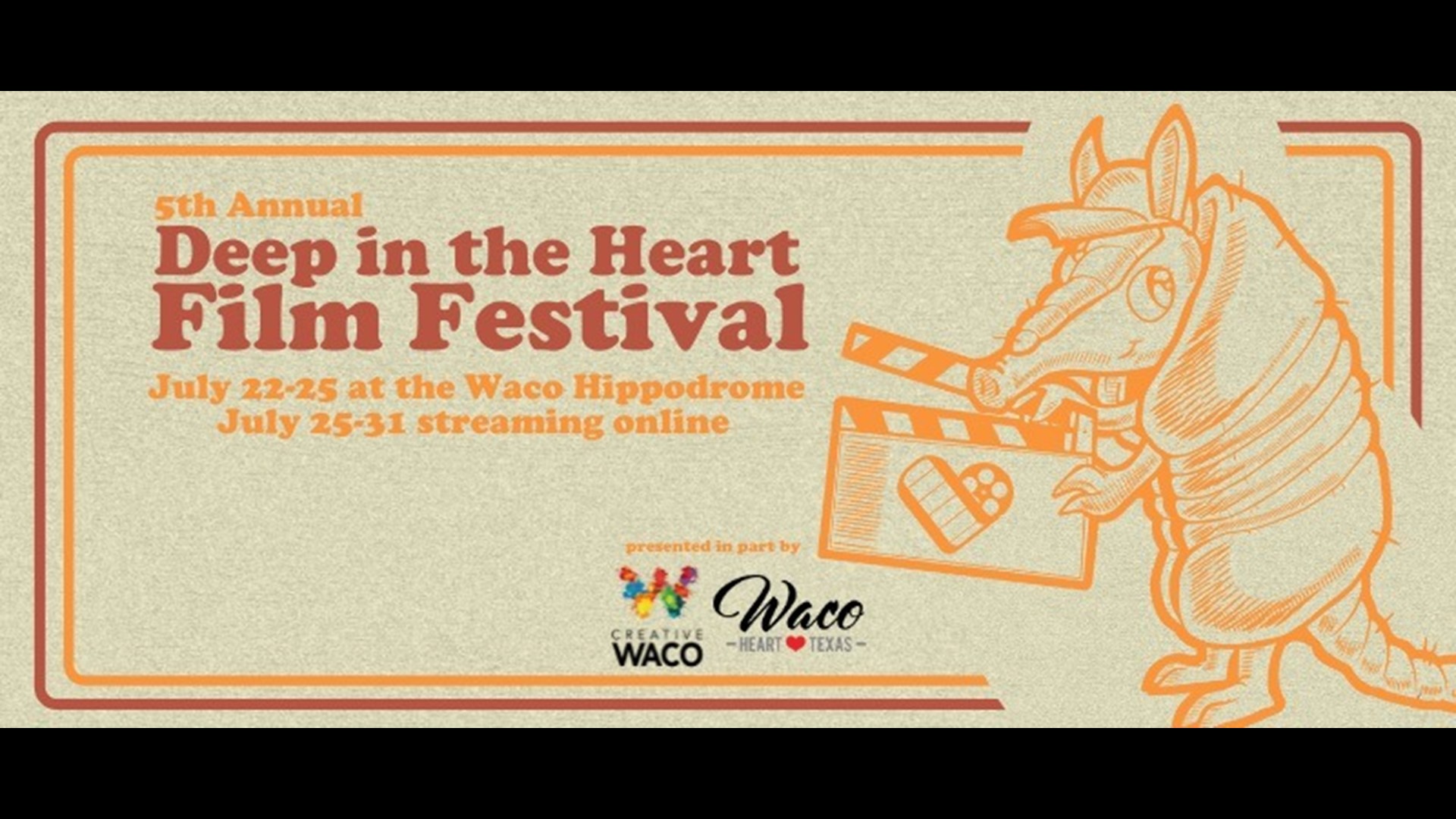 WACO, Texas — Deep in the Heart Film Festival is rolling out the red carpet in Waco. This is the fifth year, but first time back in person since the pandemic.

The event kicks off Thursday evening through Sunday and they also have a virtual option July 25-31.

Samuel Thomas the artistic director said the festival has gotten a lot of great reviews over the years.

He added that everyone is excited to be back in person again to connect with the community.

They'll have over 150 projects including features, shorts, and some screen plays. They will also host panels and workshops for people in the industry and film buffs. As well as films for the entire family.

Thomas said with this event the Waco Hippodrome will show films for the first time since the pandemic began.

"There's something about seeing a story on a big screen that engages people way more than seeing it on a phone or on a tv and that's something that we celebrate," Thomas said.

Creative Waco played a role in getting the film festival started five years ago. Fiona Bond, the executive director of the non-profit said this event sends a message that Waco is a film-friendly city.

At the new pedestrian plaza on 7th Street there'll be a mobile vaccine clinic as part of a new collaboration called Civic on 7th, where the Waco Civic Theater will have pop-up productions.

Bond said events like these are a great celebration of the arts among other things.

For tickets and more information about Deep in the Heart Film Festival, click here.

Deep in the Heart Film Festival