Deputy Adam Dodson didn't hesitate when he responded to the call. He took the baby and began the Heimlich Maneuver as mom and dad watched. 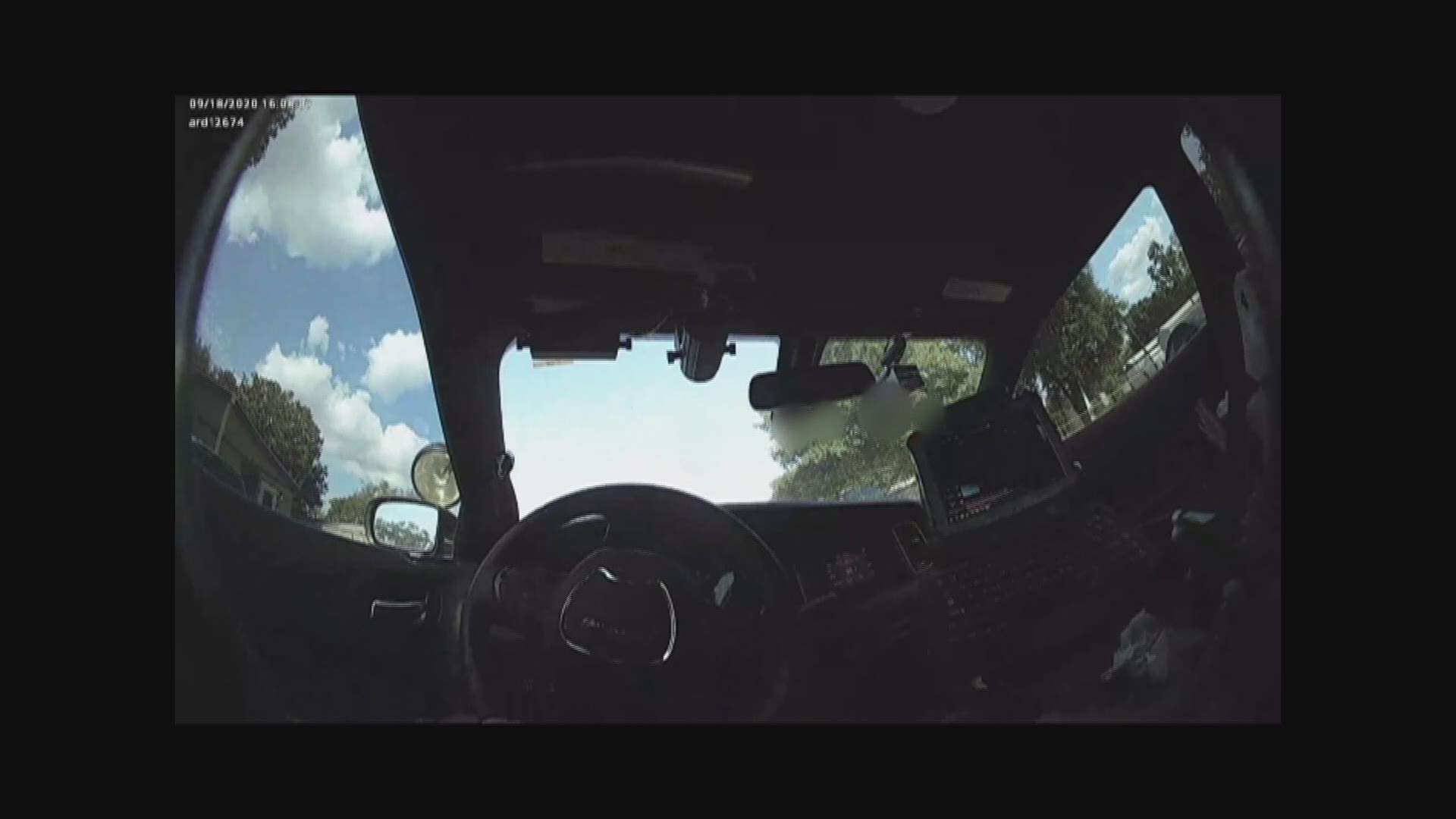 BRYAN, Texas — Brazos County Sheriff's Deputy Adam Dodson is being awarded the Life Saving Medal after he saved the life of a 20-day-old baby who wasn't breathing.

It happened September 18 at the Ramblewood Mobile Home Park. Deputy Dodson got to the scene and took the child from his desperate father. The baby was lifeless; it wasn't breathing or responding. The child's mother was also frantic, but Deputy Dodson didn't let that rattle him. He immediately began giving the newborn the Heimlich maneuver.

"C'mon baby, c'mon baby," Deputy Dodson said while performing the life-saving measures. "You have to breathe baby. Please, please please." He cleared the baby's airway by making a sweep of the child's mouth.

After about a minute of the Heimlich maneuver, the baby began to respond. "I think he's breathing," Deputy Dodson said as his mother cried in relief.

The Bryan Fire Department also responded to the scene and rushed the baby to the hospital. One of those paramedics later called Deputy Dodson to tell him he had saved the newborn's life. Deputy Dodson is the newest recipient of the Life Saving Medal from the Brazos County Sheriff's Office.

You can watch this video, as well as all of our featured videos on our YouTube Channel!