The Sheriff's Department received a call about a 'disturbed grave' at the Shady Grove Cemetary in Kosse Monday morning. The grave belongs to Reverend LB Perry. 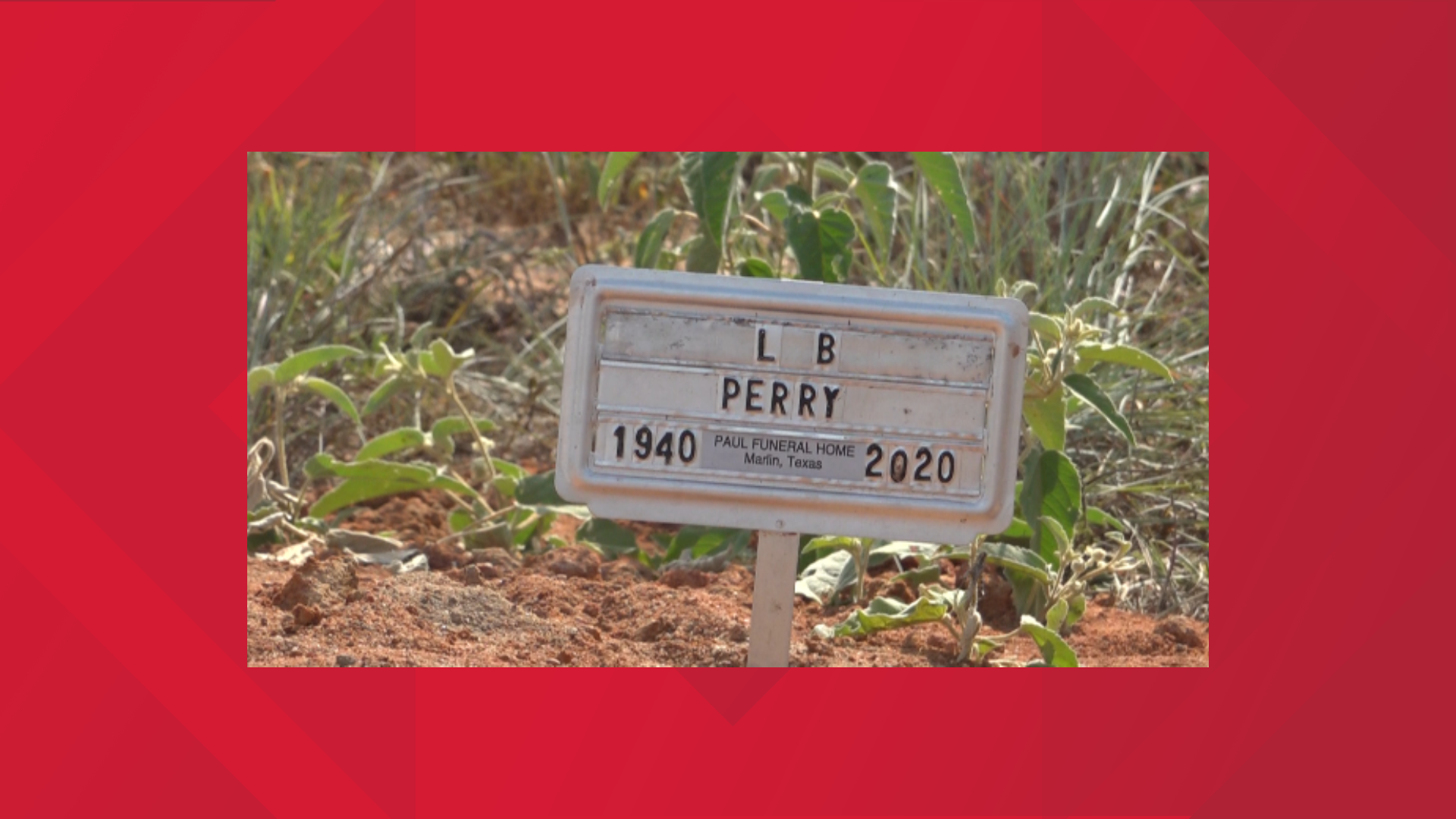 "It's just shocking," Carol Porch said. Porch is related to Perry after he married her great aunt.

When officials arrived at the cemetery they found that portions of the grave were dug up and it looked as though plastic flowers were burned on top of the vault, which is on top of the casket.

"This is something that is very agitating and very disrespectful," Wilson said. "A cemetery to me is a holy spot."

Deputies did a crime scene search and did not find any other graves disturbed, Wilson said. The crime is believed to have happened between June 4 and August 2.

"He doesn't deserve this," Porch said. "No family deserves this."

Joseph Rogers said Perry is his uncle who married his aunt. Rogers said he hopes whoever is responsible goes to jail.

"Whoever did this is sick. It's demeaning, disgraceful and it's also a criminal act," Wilson said.