A woman was hit in the chest with a hammer and glass windows and doors were shattered after a man targeted Oak Lawn businesses. 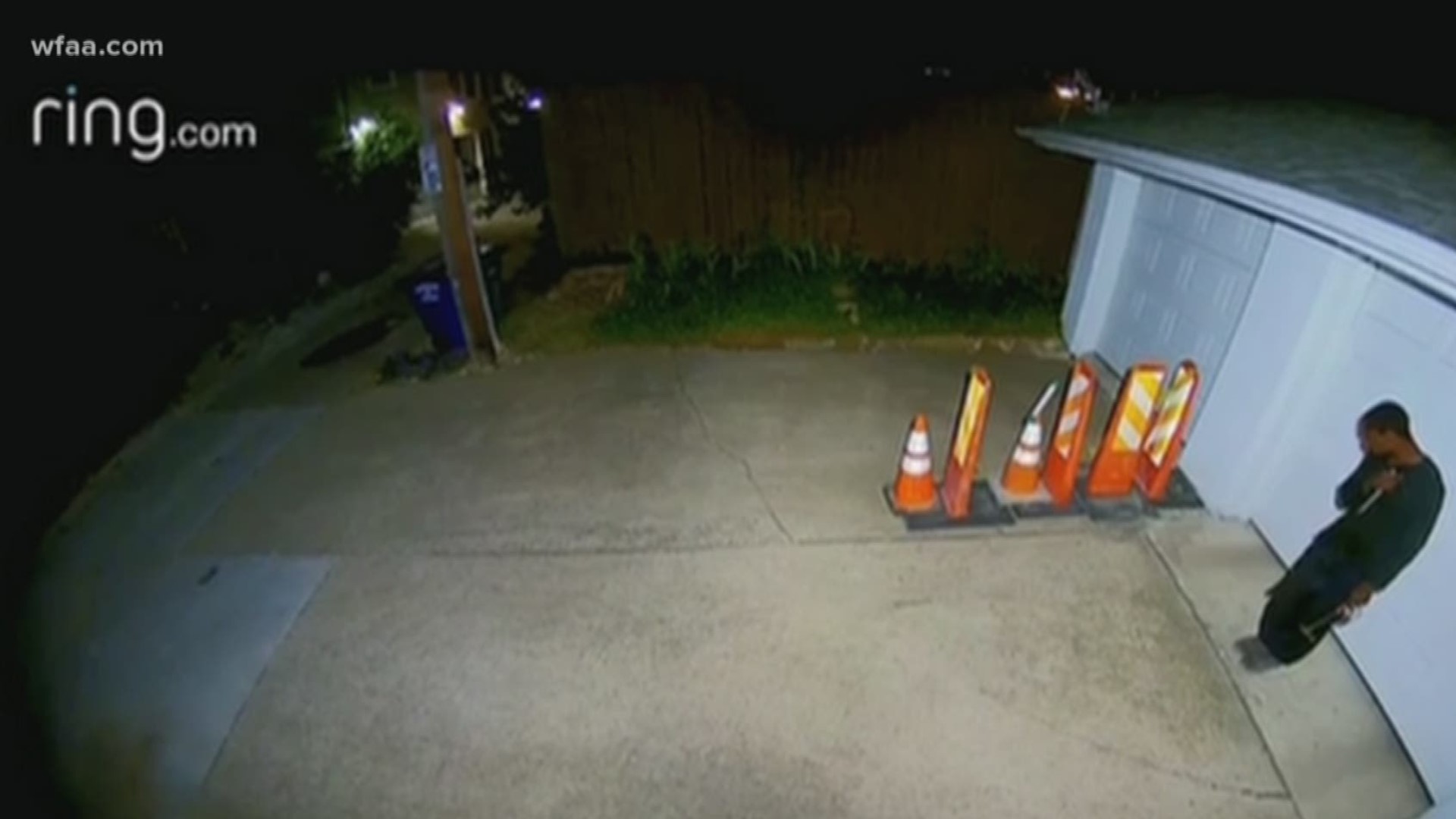 By design, the clear glass front door is inviting at the Wall Street Cleaners near the intersection of Lemmon and Oak Lawn avenues in Dallas.

So, when an employee at a neighboring business recently told Breanna Deliseo that a man with a hammer was going in and out of stores, she locked her front door.

She said Tuesday she locked the door just in time.

Delisio said she saw the man approach her door and attempt to open it. When he couldn't, she said he started screaming.

She said the man walked away for a moment, but then came back.

“And he takes the hammer out and breaks it (the glass),” Deliseo said.

With her front door shattered, Deliseo didn’t stick around.

She said as the man tried to get into the store, she ran out the back door. Once she was safe, she called Dallas police.

This time a woman was struck in the chest at a pet supply shop just around the corner at 3911 Lemmon Avenue. When officers arrived there, the suspect was gone.

She said she feared that police would be unable to locate the man, but found hope when she saw Ring video posted by a neighbor that captured images of him.

The video shows the man lurking outside a garage with a long weapon in his hand. The video was recorded just hours before the businesses in Oak Lawn were targeted on Oct. 11.

“The only thing I thought of when I saw that was relief that I found video footage of him,” Deliseo said. “Clearly he has no filter if he’s going to people’s homes and he’s standing outside people’s garages with weapons, waiting.”

Dallas police told WFAA that as of Tuesday evening, both incidents were still under investigation with no arrests made.

Deliseo said she hopes the Ring video will help police locate him.