First responders said one person was injured in a plane crash. 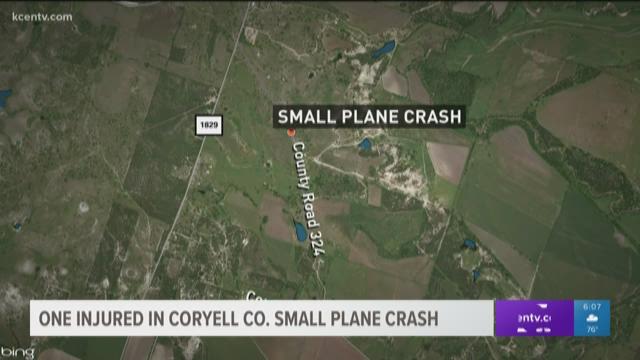 The Texas Department of Public Safety said a small aircraft crash-landed at a private airfield off County Road 324 in Coryell County Wednesday afternoon.

The pilot, who was the only occupant, was driven by ambulance to a local hospital, DPS said. But, first responders said the pilot's injuries were not life-threatening.

Because the scene was on private land, the situation posed no hazards to nearby roads.

Coryell County's Office of Emergency Management said it was aware of the crash. The Gatesville Police Department said the initial 911 call came in at 1:58 p.m.