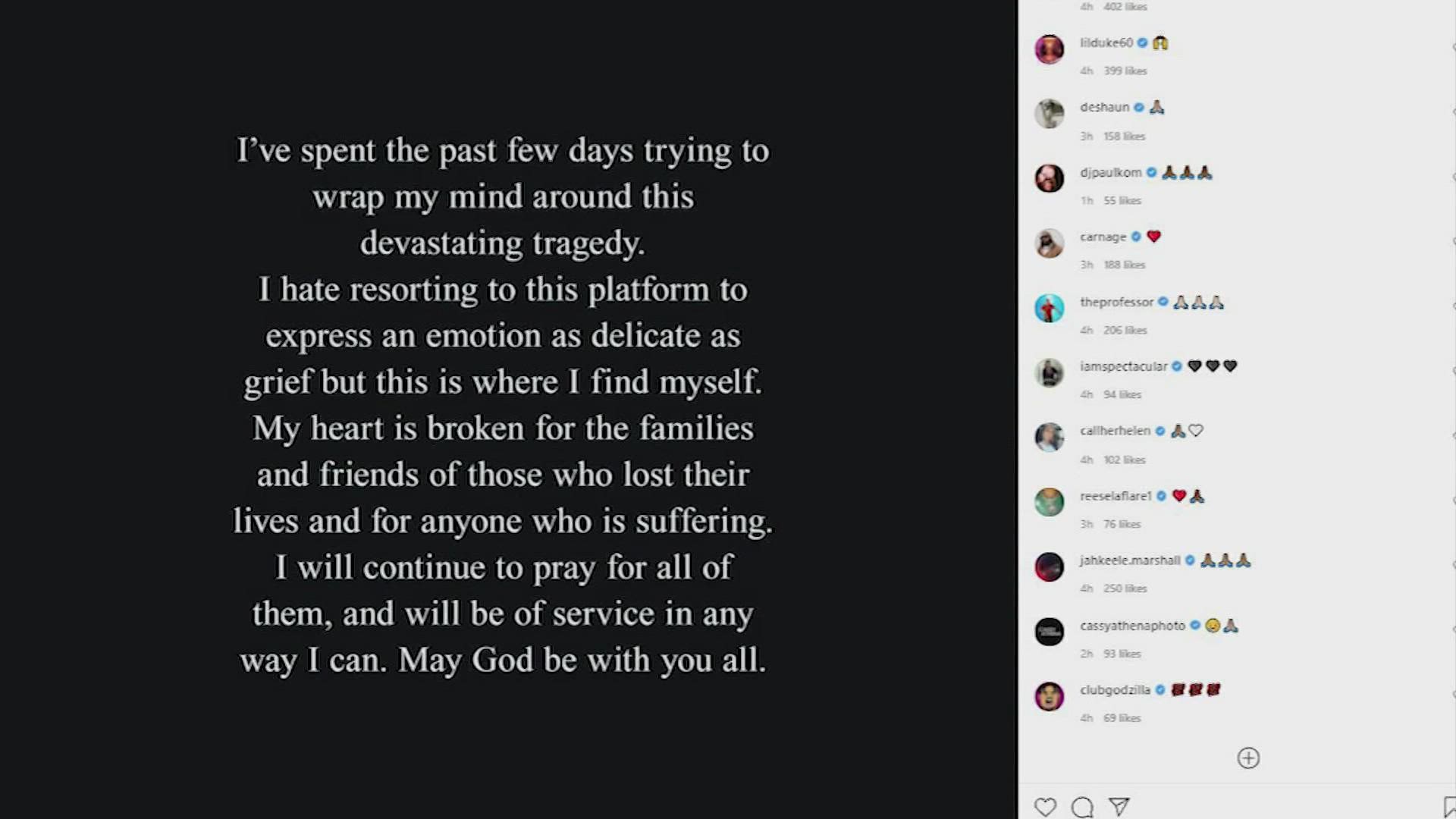 Drake appeared on stage with Travis Scott as Friday night’s tragedy unfolded. Eight people including two teenagers died as the crowd surged towards the stage during the performance.

Drake said he spent the last few days trying to wrap his head around the “devastating tragedy" and will be of service any way he can.

Here is his full statement:

“I’ve spent the past few days trying to wrap my mind around this devastating tragedy. I hate resorting to this platform to express an emotion as delicate as grief, but this is where I find myself. My heart is broken for the families and friends of those who lost their lives and for anyone who is suffering. I will continue to pray for all of them and will be of service in any way I can. May God be with you all.”

"Absolutely heartbroken for the lives who were lost and anyone who was hurt at Astroworld.  Just like all of your, our family is In shock by the tragedy. We are keeping all of the victims, families and loved ones impacted in our prayers for healing – as well as Travis who we know cares so much about his fans and is truly devastated."

"I’m still at a loss for words over the news from Astroworld. I’m truly broken for the families that have lost loved ones and my prayers go out to everyone involved. Sending everyone who has been affected all of my love and wishing them strength during this incredibly devastating and sensitive time."