The chairman and CEO of the Temple-based McLane group was named to Governor Greg Abbott's strike force to re-open the Texas economy. 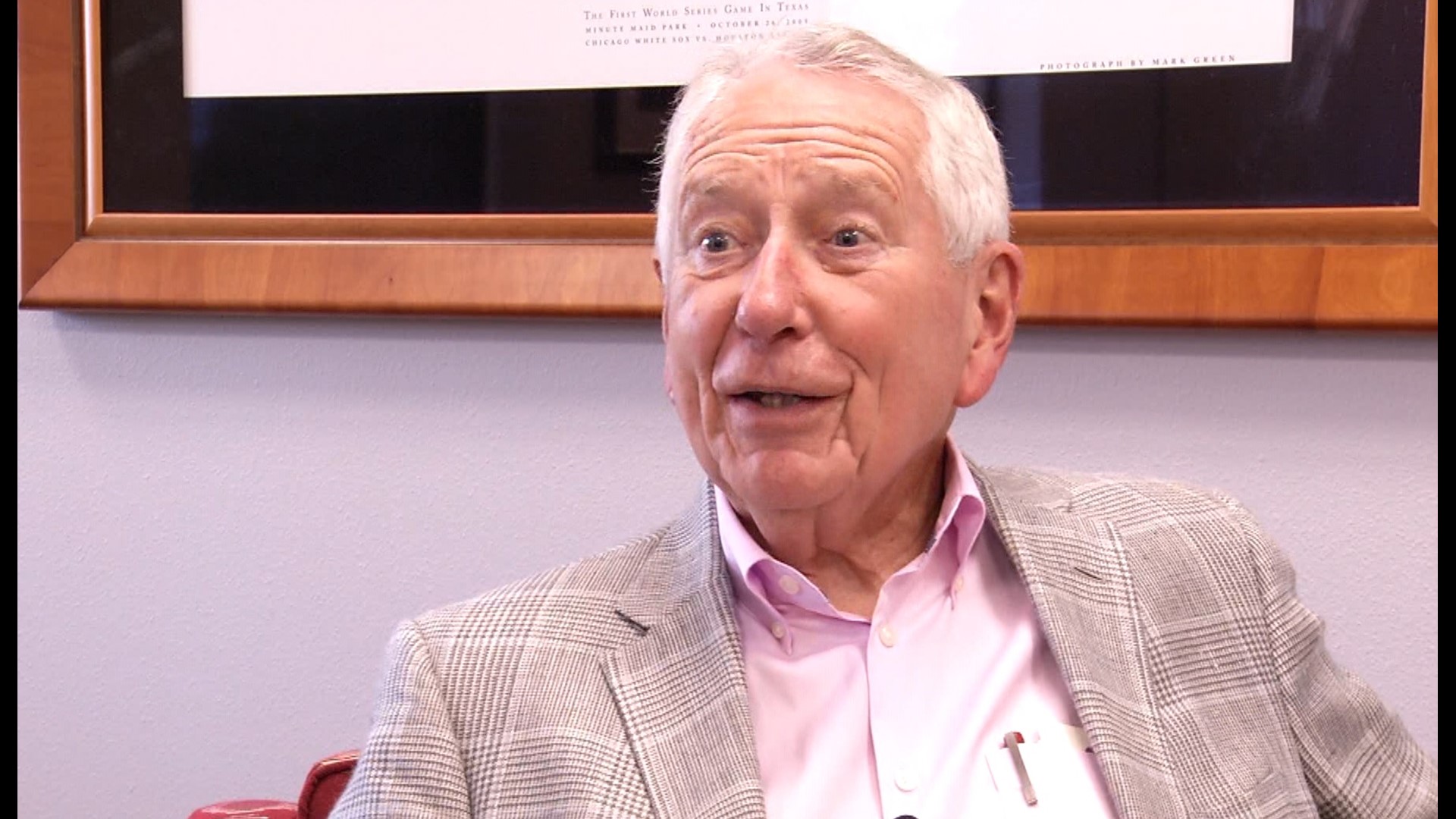 TEMPLE, Texas — As the economy continues to suffer during the pandemic, Texas Governor Greg Abbott announced an executive order to begin re-opening business in Texas.

Three days later, Chairman and CEO of the Temple-based McLane Group Drayton McLane Jr. discussed the task in front of the task force the governor has appointed, which McLane is a member of.

"This is unprecedented," McLane said. "Certainly in my lifetime, I've never seen something that has impacted every part of our society and our life."

McLane said he was asked to join soon after the governor announced the task force Friday. He said the two have a relationship dating back to Abbott's time as a district judge near Houston while McLane was the owner of the Houston Astros.

The strike force features government leaders and doctors among others with diverse backgrounds to provide guidance to Abbott in shaping policies.

"He wanted to get some economists that were interested in how we can get the economy going again," McLane said. "Then, he wanted to get a group of businessmen that really understood how to develop a policy and then implement the policy."

McLane said the group meets weekly to share ideas and discuss the information before sharing with the chair shares it with the governor. The group works on what the impact of different steps would be on different industries and on public health, while treatments and vaccines are getting developed.

McLane also offered insight into what industries might return first and which we might have to wait a little longer for.

"Healthcare is going to be one of the early ones that, hopefully, we can get done and others that can be in small groups to do that," McLane said. "So, it definitely will be in phases and, I think, one of the last will be one of the things that we enjoy most. Athletics."

A full list of who is on the strike force can be found below:

For more information, go to the Governor's Strike Force to Open Texas website.

Quilters across the country make masks for hospital workers