The East Waco Farmers Market will be on Elm Avenue until October and is open on Wednesdays, Fridays and Saturdays from 9 a.m. until 1 p.m. 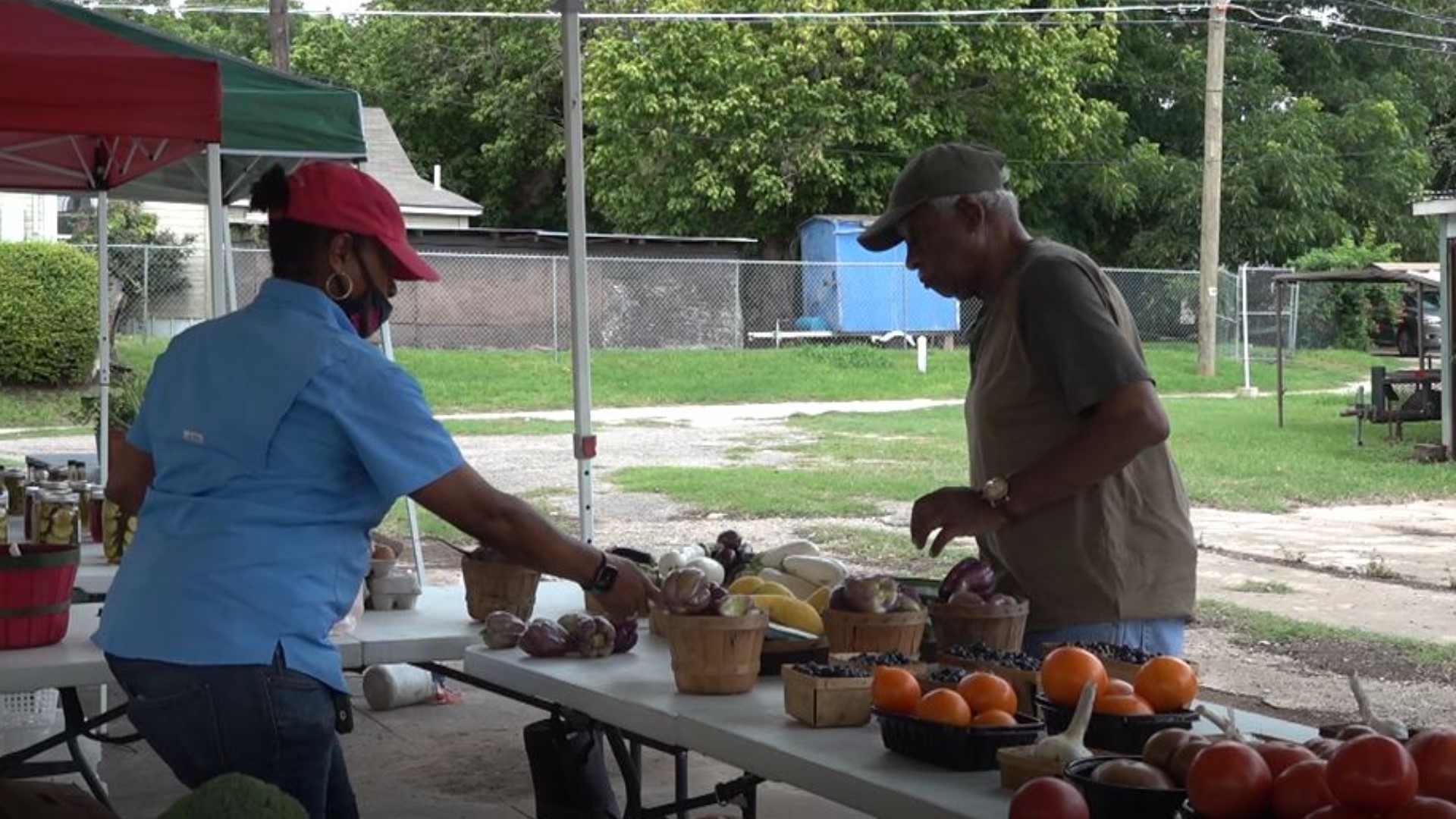 WACO, Texas — As construction continues to boom on Elm Avenue in Waco, local farmers and gardeners are helping to fight hunger, poverty and food insecurity.

Cynthia Lyons is a farmer at Victory Oasis Farm and Ranch. Three days a week she drives from Hill County to East Waco.

"I think there needs to be an awareness to the people that live here, and just to kind of let them know there are other opportunities of food to eat other than the fast food and the fried food," said Lyons. "We can bring in a variety of fruits and vegetables that are good for you."

New apartment homes are going up and new businesses moving into the are, but there is still no grocery store near Elm Avenue. In June, the National Women in Agriculture Association launched the East Waco Farmers Market to help families get a proper diet rich in vegetables and fruits.

"The USDA calls this neighborhood a food desert because there is not a grocery store located close by for the neighbors," said Kay Bell, President of the National Women in Agriculture Association. "It is important that we put this farmers market here so people can have access to fresh local produce without having to go so far and catch the bus just to get fresh fruits and vegetables."

According to the U.S. Department of Agriculture, food deserts are areas where people have limited access to a variety of healthy and affordable food, and East Waco has a high number of households without vehicles that are more than half a mile from a supermarket.

"I’m just ecstatic to know that we are making a positive impact in the community,” said Bell. “We are hoping to revolutionize; people to want to grow their own garden and also eat more local fresh produce.

The East Waco Farmers Market will be on Elm Avenue until October and is open on Wednesdays, Fridays and Saturdays from 9 a.m. until 1 p.m.