The Big 12 announced on Friday that they will add four universities in the coming years, exciting fans and officials. 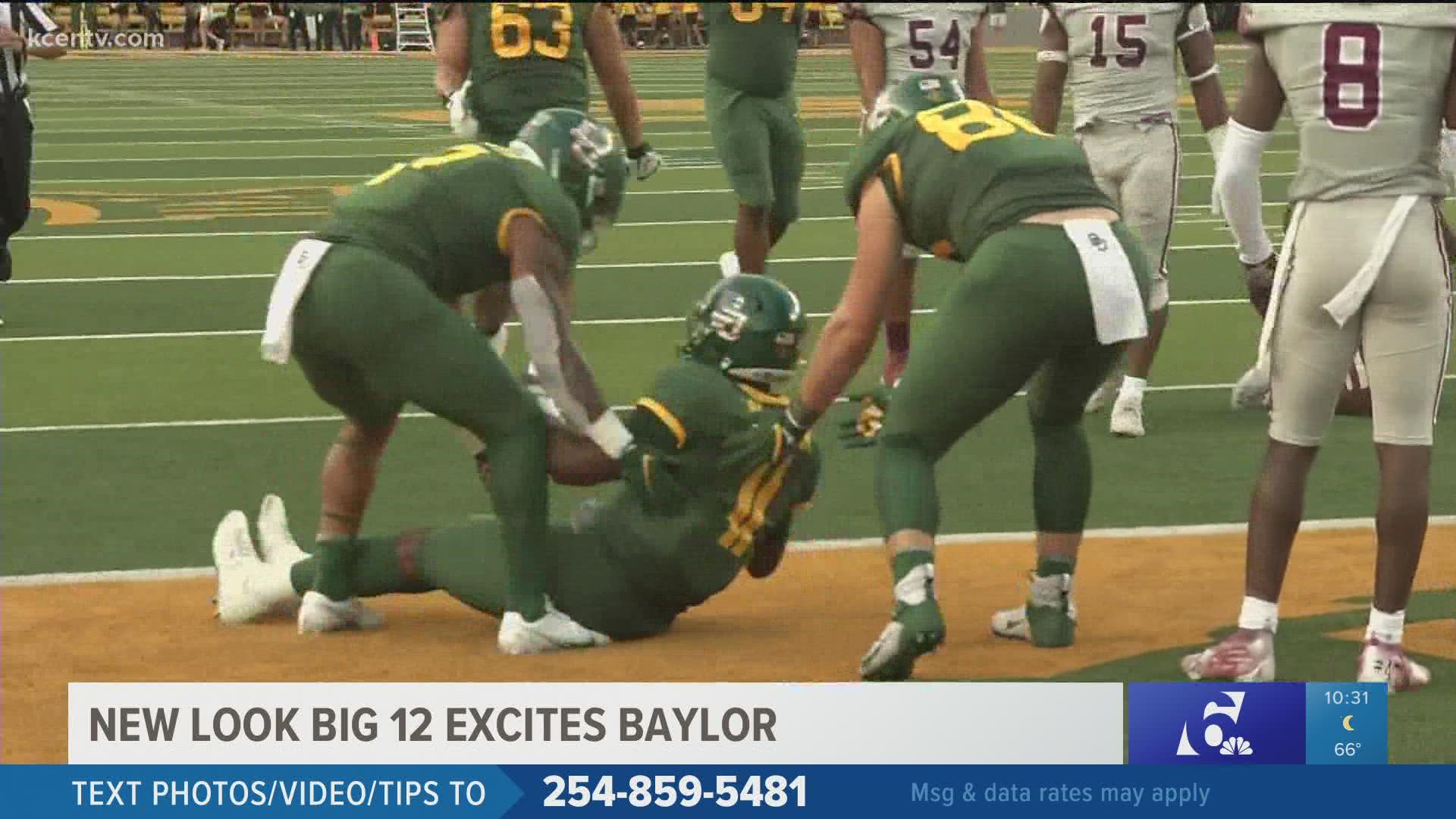 I think by far those were the four best," Mack Rhoades, Baylor's athletic director, said. "I’m so excited they’re coming into the league, I think it provides stability, certainty.”

Rhoades said the conference was looking for schools that had ideal and realistic TV markets, local talent, and success in both football and men's basketball.

I think Big 12 basketball is the best in the country and I think adding these four only helps it and elevates it.”

Fans outside of McLane Stadium ahead of Baylor football's home opener were happy about the additions.

Adding another Texas school made fans happy as they will lose a long-standing yearly rivalry with UT.

“I think Houston honestly because it’s an in-state rival and it’s not that far of a drive down to Houston and I think we’ll prove who’s the best in Texas," Beene said.

However, one fan, Michael Bartlemay, pointed out that a large Lonestar State university was left out, and he wished the emphasis had been more on local teams.

"I gotta tell you, instead of UCF and BYU, we picked SMU and Memphis," Bartlemay said. "I just want more local games that I’m excited to play against. Because I am mostly here to play with people that I know went to school at those schools so I can dunk on them at work and tailgates.”

Now that the Big 12 has added those teams, commissioner Bob Bowlsby said they will not just add schools to add them. However, he did observe that the college athletics landscape is constantly changing.

“We may find out down the road that larger alignments are going to be the order of the day," he said. "We may find ourselves going to 20 or 24 at some time.”

BYU, currently independent, will enter the conference in 2023 while the other three schools, who are in the American Athletic Conference, will enter no later than 2024.