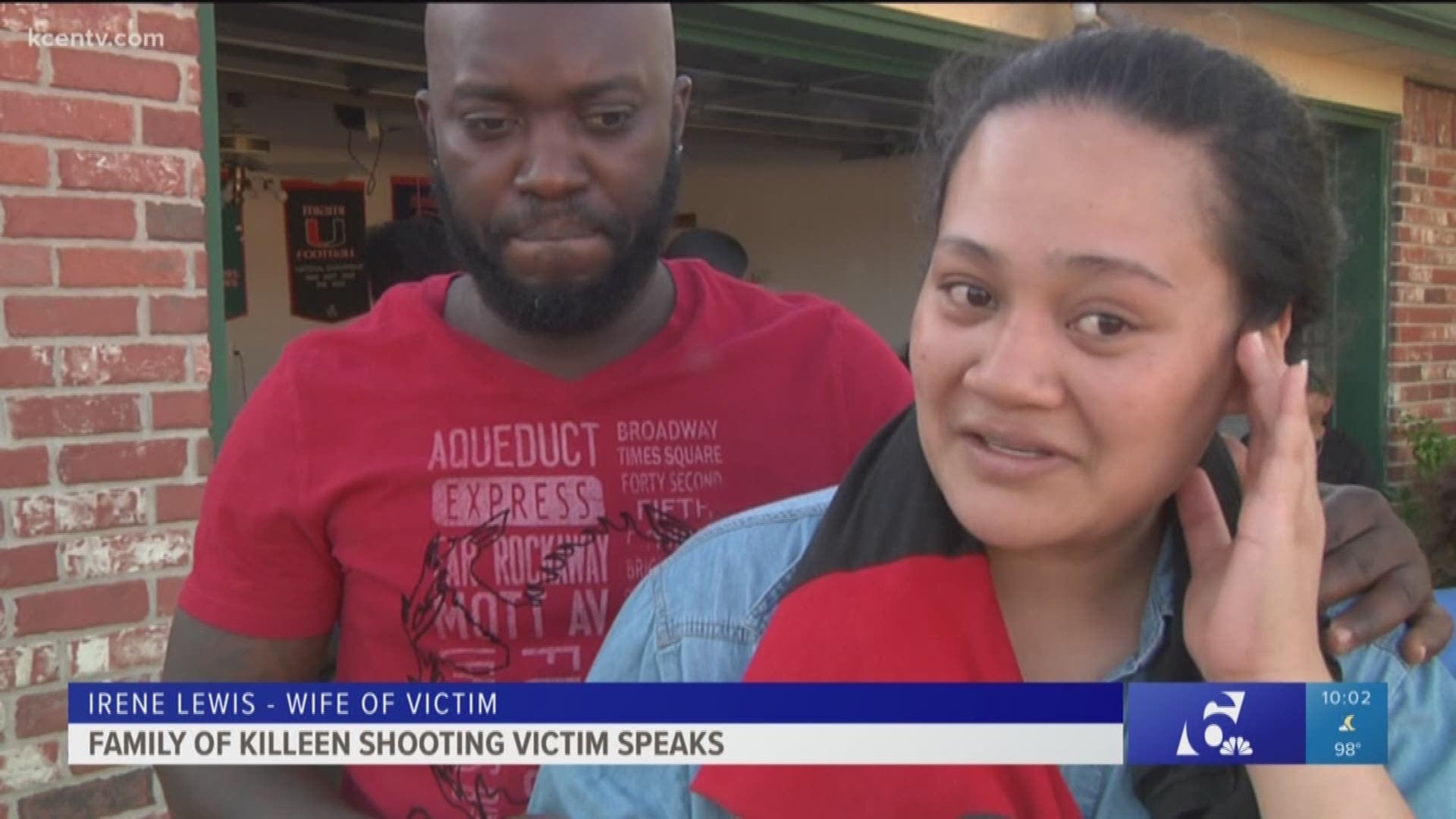 Killeen — Loved ones of Cleveland Jermaine Lewis also known as "CJ" gathered Wednesday evening for a balloon release and to share memories. Lewis was shot and killed in the 4500 block of Alan Kent Drive early Saturday morning.

Wednesday would've been CJ's 34th birthday, but instead of gathering to celebrate another year of life his loved ones are mourning his death and asking questions.

"I want to know who would do this, what was the reason, what about his kids," said Lewis' best friend Ronald Beralus.

CJ's wife of 13 years Irene Lewis says she was the one that found CJ after the shooting. The couple has 3 children together, the youngest is only two months old. Irene struggles to put her pain into words and piece her life back together.

"It was like having my heart torn out of my body, it was the most difficult thing I've ever had to experience in my life. I can't believe that he's gone, I'm still waiting for him to come pick us up and it's something that we're still trying to process," said Irene.

CJ was known as a soldier, a family man and a jokester. The family also says CJ was a purple heart recipient.

"I just hope they find his killer and bring him to justice because he did not deserve that," said Lewis' longtime friend Danielle Marsh.

Everyone is leaning on one another to heal from the tragedy, promising to keep CJ's light, love and legacy alive.

To help the family with funeral arrangements visit their Go Fund Me Page.

If you have any information about the shooting contact Killeen police.