'He made a difference': Father of Wentzville Marine killed in Kabul describes son as a hero

"What they did and how they reacted to this enabled a lot of people to get through, even at that time, and essentially saved their lives" 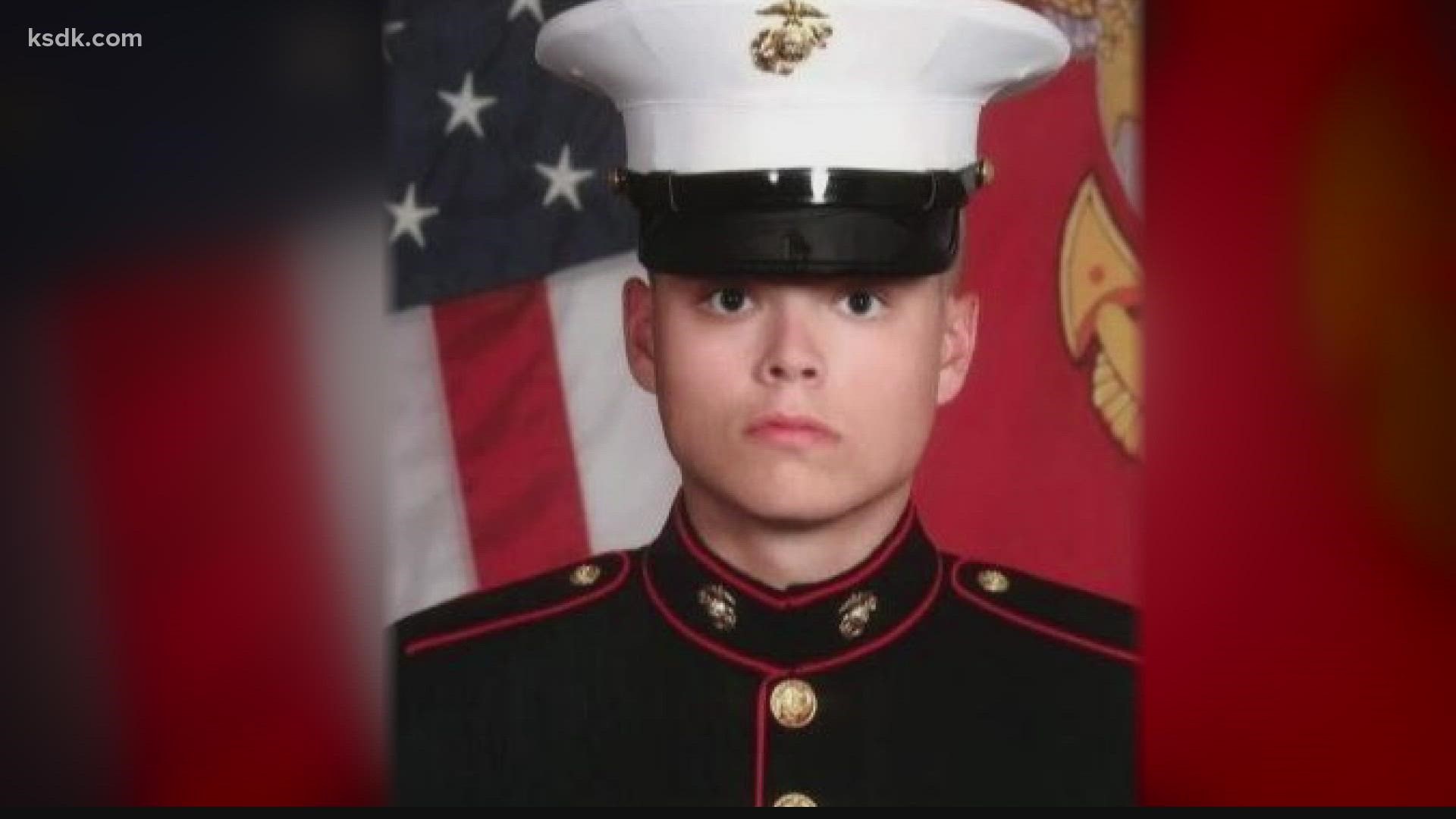 ST. CHARLES COUNTY, Mo. — Lance Corporal Jared Schmitz of Wentzville was one of the 13 service members killed in an attack at the Kabul airport last week.

RELATED: Marine from Wentzville among those killed in Afghanistan

On Wednesday, the father of the local Marine spoke to 5 On Your Side about his son's sacrifice.

"He has been my strength, he’s been my light," Mark Schmitz said.

Remembering his son's bravery is a way for Mark Schmitz to hold on.

"Each day we’ve gotten stronger," Schmitz said. He knows his son Jared is building them up. It's something, he's done his whole life.

"Selfless, I mean he never put himself first," Schmitz said.

It came as no surprise when Jared joined the Marines.

His dad said Jared started as early as sophomore year showing interest and trained before he even was a recruit.

"He knew his calling was to help and to serve and to protect and being a Marine was going to be enabled to do all of those things," Schmitz told 5 On Your Side.

Last week though, everything changed with a simple knock at 2:40 a.m.

"They probably had to tell me 10 times before it sunk in. It’s the worst feeling in the world that you can ever imagine, when they left I just collapsed and cried, that’s all I could do," Schmitz said.

Jared was one of 13 service members killed in the attack at Kabul's airport.

"I took a phone call before coming up here. I finally spoke to his commanding officer that was there, he was 20 meters behind him. There was a lot of commotion, mad rushing to the gate at the same time and the Marines that weren’t at the wall were rushing to help and he tells me, 'I’ve never seen bravery like that. What they did and how they reacted to this, enabled a lot of people to get through even at that time and essentially saved their lives. If you could’ve seen what I’ve seen, proud couldn’t even describe about your son. These guys are truly heroes.'"

Mark is honored to call Jared his son. Now, there's a new title to label him a hero.

"One thing you can take away from Jared's life is that he would've done anything for you and that goes for anyone and that's why he joined the corp, that's what they stand for. One of the officers shared a Ronald Reagan quote and it really hit home. Some people will be spending a lifetime wondering if they made a difference in this world. Marines don't have that problem. My son doesn't have that problem, he made a difference," Mark said tearfully.

Mark said there are no set plans for a funeral just yet.

They expect him to come back to Lambert airport and it could be on short notice. What they do plan though is to have a procession.

He is thankful for the outpouring of support from the community and the nation.

He's asking if you can, donate to the STL Hero Network here.