For the 12th straight year, students from across Central Texas will compete in the FCA Victory Bowl, a set of all-star games ranging in different sports. 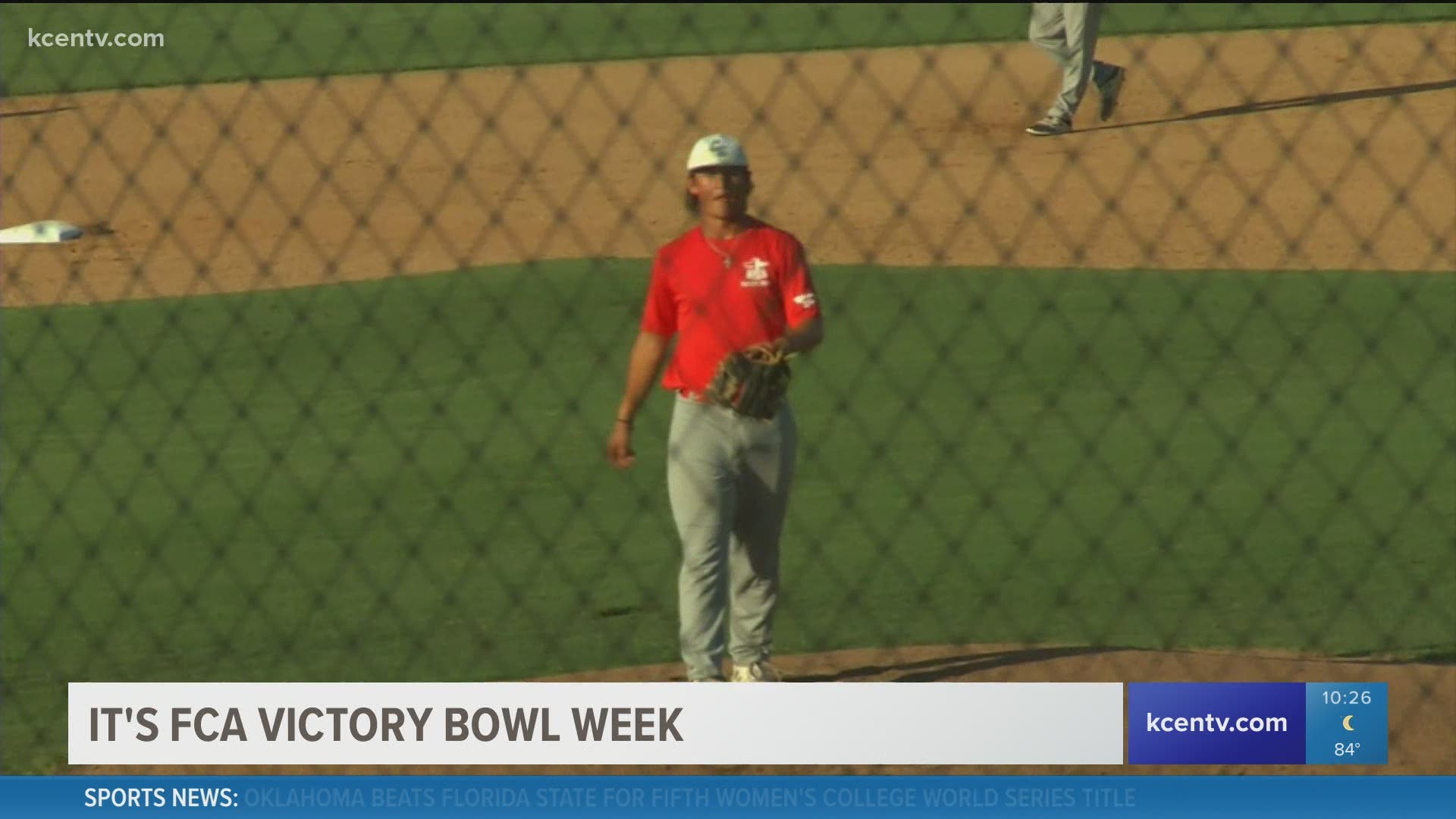 WACO, Texas — The video above was published in January 2021.

It's all systems go for Victory Bowl Week by the FCA, or Fellowship of Christian Athletes.

Since 2009, the FCA has put together the Victory Bowl, which is a set of all-star games featuring senior athletes from across 12 Central Texas counties.

Last year, the event was played in person in a few sports, and virtually in others. This year's event began Wednesday with practices, guest speakers, service projects and entertainment.

The sports that will be played are football, volleyball, baseball, softball and golf. The rosters include seniors from over 100 high schools of every classification in Texas and the teams are complied of local head coaches, players and cheerleaders, who were nominated by their coaches to participate.

In previous years, the football game was at WISD Stadium and volleyball was at University High School, but this year, those events will take place at Midway High School and Panther Stadium. Softball and baseball will be played as usual at UMHB.