Fire Chief: Lightning the cause of Killeen apartment fire 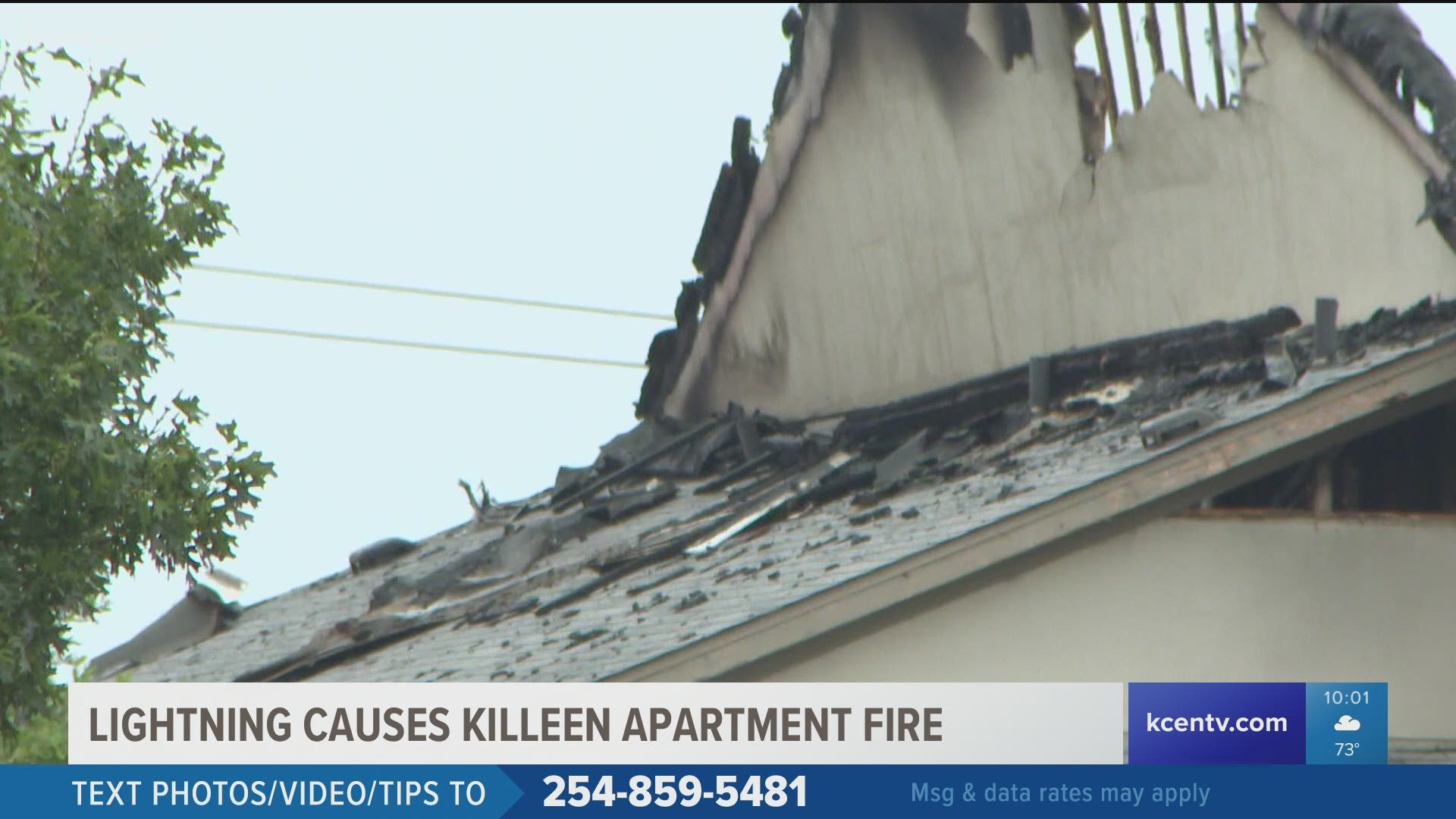 "We had a meeting with the fire marshal and determined that it was weather related for the cause," said Kubinski. "We are going to confirm that with contacts we have at Texas A&M University who are able to give us direct GPS coordinates of lightning strikes in the area at the exact times. While we are confident that is the cause we are going to confirm that with Texas A&M University."

When they arrived, they found smoke coming from the upper floor of the apartment building, which eventually vented through the roof, KFD added.

Crews were able to evacuate everyone from the building safely.

Though they were able to extinguish the fire, the building suffered extensive fire and smoke damage, especially six units, KFD said.

Ironically, the fire at The Arbors of Killeen happened next door to the Hilton Garden Inn. That was the massive hotel fire that happened during February's winter storm. Kubinski said both fires were very intense for fire crews.

"That kind of fire, especially on the third floor of the attic area is labor intensive. That is the best way to describe it. Imagine going through the hardest workout you've gone through on the first day after your new years resolution, then fifteen minutes later, being called to now climb three floors of stairs then put a fire out that was significant in nature," said Kubinski.

The occupants of those the six units are being assisted by the American Red Cross.