Cause of fire identified at Temple bar Cactus Jack’s

Investigators said the fire was caused by improper disposal of smoking materials. 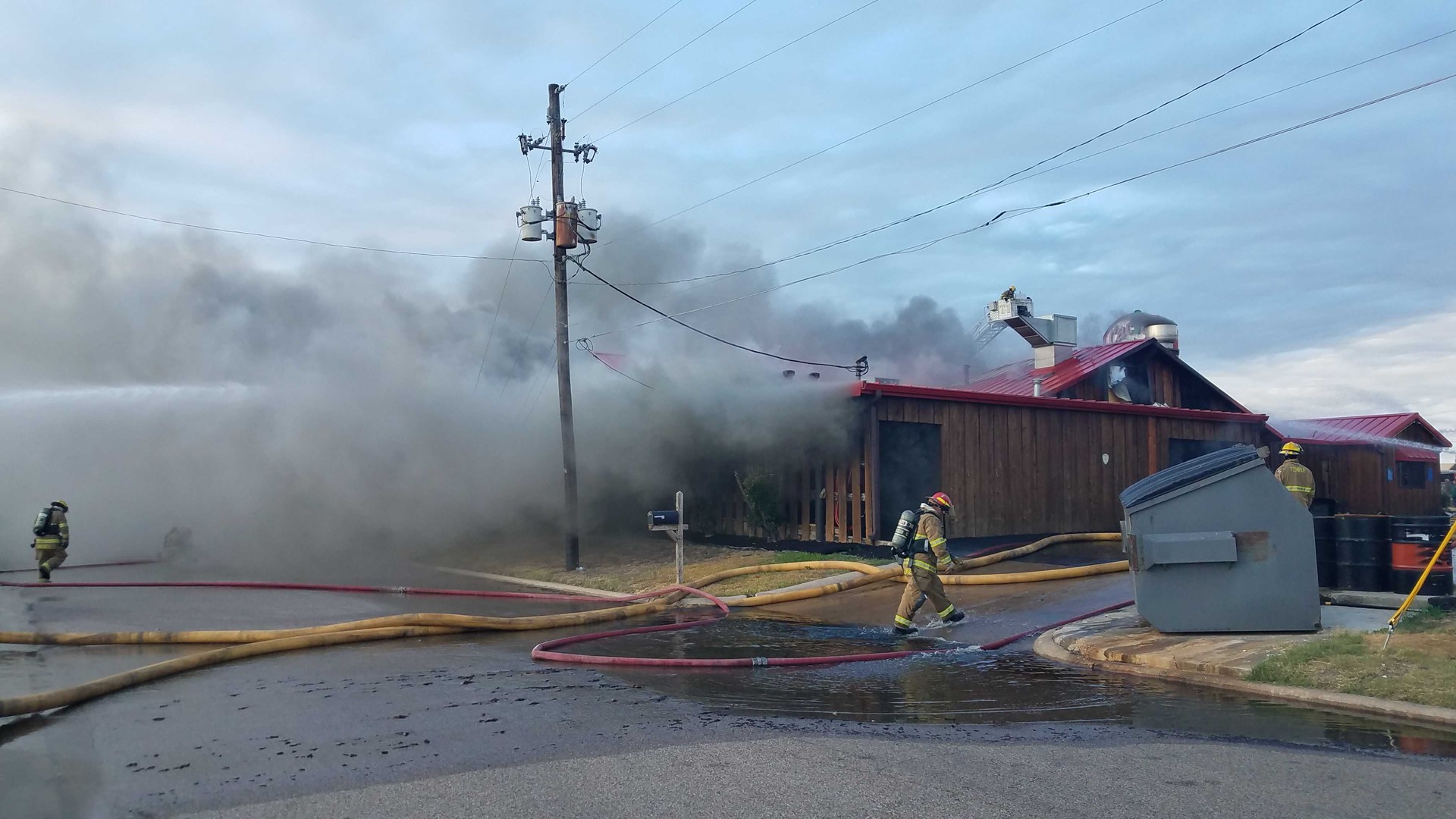 TEMPLE, Texas — A fire at Cactus Jack’s Saloon and Patio in Temple was caused by improper disposal of smoking materials, according to investigators.

Emergency crews were called just after 8 a.m. to the bar in the 300 block of Southwest HK Dodgen Loop.

Firefighters tried to extinguish the fire from inside the building, but heavy winds and the "difficult location of this fire" made it impossible for them to fight, officials said.

Smoke could be seen pouring from the roof of the building as firefighters doused it with water, and alarms sounded loudly through the air.

No one was injured in the fire.

Though all lanes of 360 Loop remained open, the wind blew smoke across the highway making difficult conditions for drivers. Commuters were advised to be cautious in the area.

The amount of damage to the bar has not yet been determined, but officials said there was "significant damage."

Officials said it could take weeks or more to determine the cause fo the fire.

According to the bar’s Facebook page, Cactus Jack’s has two bars with seating inside and outside. The venue hosts karaoke every Tuesday through Saturday and has entertainment that includes cornhole, pool, and darts.

Credit: Rocky Bridges- 6 News
Firefighters can be seen trying to put out a fire at the popular Temple Bar, Cactus Jacks on Monday, Oct. 7, 2019.