Display racks and cabinets from the old Dillard's in the Temple mall were still spread throughout the site with very few signs of a future aquarium. 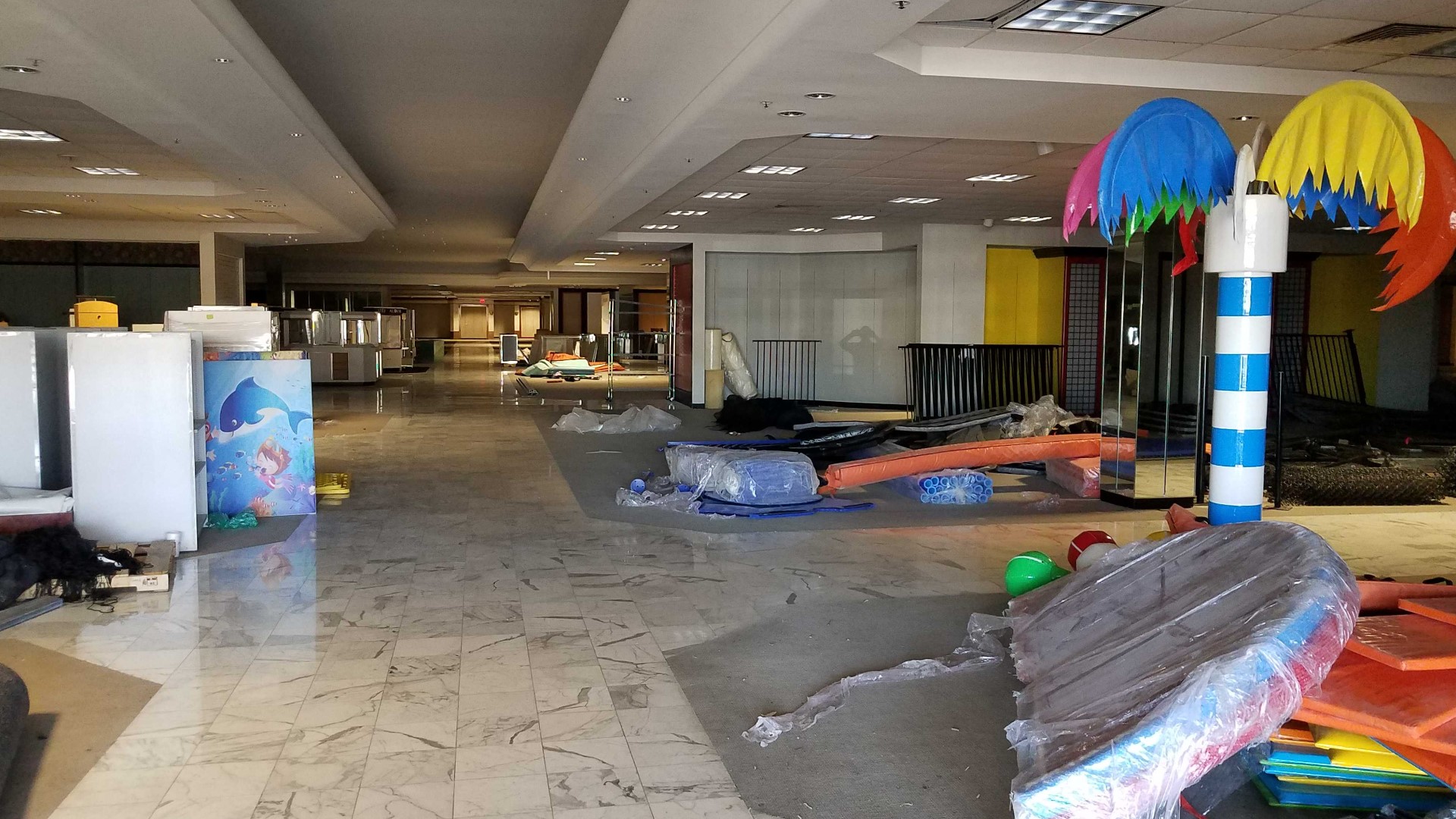 TEMPLE, Texas — Video of what is supposed to be the 7 Seas Aquarium inside the old Dillard's at the Temple mall shows little to no work has been done on the project.

The aquarium was originally supposed to open in January, then Feb. 24 and now at a time to be determined.

The only sign of anything related to an aquarium is a pair of aquatic paintings and a colorful plastic palm tree.

The outside doors from the parking lot were unlocked. No one was inside and there were no signs prohibiting entry.

The video we recorded shows piles of what appears to be chain link fencing, clothes racks, makeup counters and thousands of square feet of empty space.

Aquarium curator Fidel Junco posted to the 7 Seas Facebook page Thursday the delays were due to "construction hiccups."

"In order to bring this project to fruition as soon as possible we have hired a construction expediter to help us break through any delays and get our aquariums ready for your first visit," the post says.

City of Temple spokeswoman Laurie Simmons confirmed Thursday night the city would be meeting with representatives from 7 Seas on Monday to discuss the permitting submittal process.

Simmons also said the city had not received a building permit application or any plan sets from Junco.

"We sent him a list of requirements based off our verbal conversations with him," Simmons said. "Additional items may be required once we receive a completed plan set."

Meanwhile, several people on the 7 Seas Facebook page have asked to be refunded for the $99 pre-sale passes they bought.

A Thursday Facebook post from 7 Seas made no mention of refunds. It promised anyone who bought the passes would have them honored for two years from the date of their opening.

We called and texted Junco repeatedly over multiple days at the number he provided to the city but he had not returned any messages as of this writing.