Formation flying takes over the skies in Temple 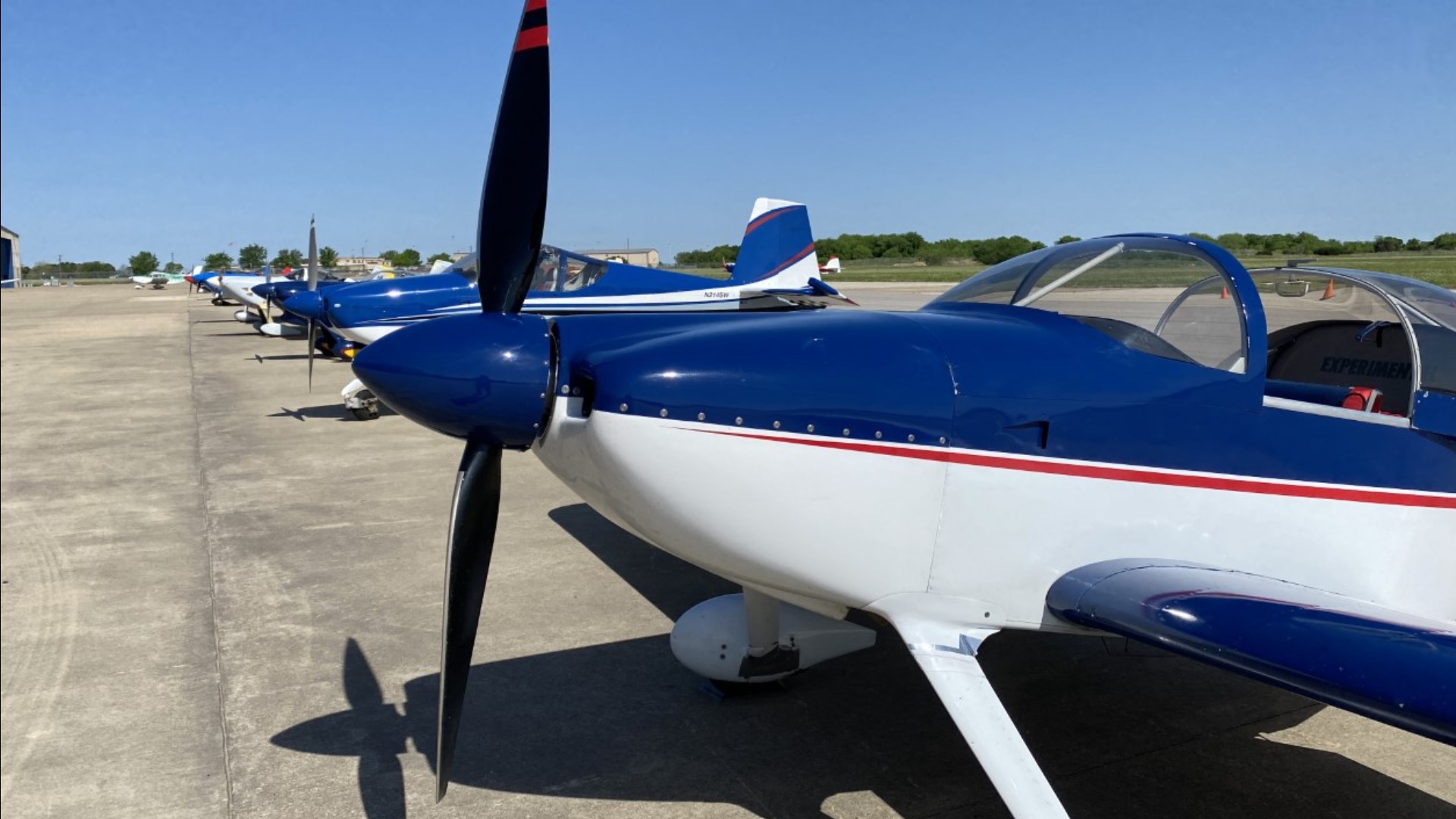 TEMPLE, Texas — You're not going crazy if you thought you heard a buzzing sound over your head this weekend in Temple. Falcon Flight's formation team and trainees took to the skies to practice the skilled technique.

54 pilots from across the country joined the efforts and learned how to fly in formation in the plane and then go through debriefings to see how they did and what they can improve on.

“A lot of people, especially in the general aviation community will ask you, 'Why in the world would you want to take your airplane and take it within a couple feet of another airplane," Flacon Flight team member Bobby Lucroy said.

But there is an answer to that question that some may be thinking.

“The reality of it is that it hones your flying skills, it makes you a much better and skillful aviator.”

Lucroy said that some of these pilots may have just a few hundred hours in a plane, some may be longtime airline captains that work for companies like Delta and United, and others could be military aviators. There are men and women who are involved in these trainings and Falcon Flight had 15 brand new members, the most ever at a clinic.

In addition the useful training that a weekend like this provides, it also creates a sense of comradery for these pilots. One of them is Tony Malley who flies both solo and in formation.

"Flying alone is usually an experience similar to getting in the car and getting on the highway and going to a destination," he said. "You don't think about the car or the highway, you just think about the destination. But flying with a group of guys in this type of activity is exciting because we are all working together to achieve something that is kind of unique.”

You can see these pilots take the air one final time on Sunday at 10 a.m. for about 45 minutes.