The 5-year-old lioness, Chobe, had a uterus infection but is on her way to recovery thanks to the vet hospital at Oregon State University. 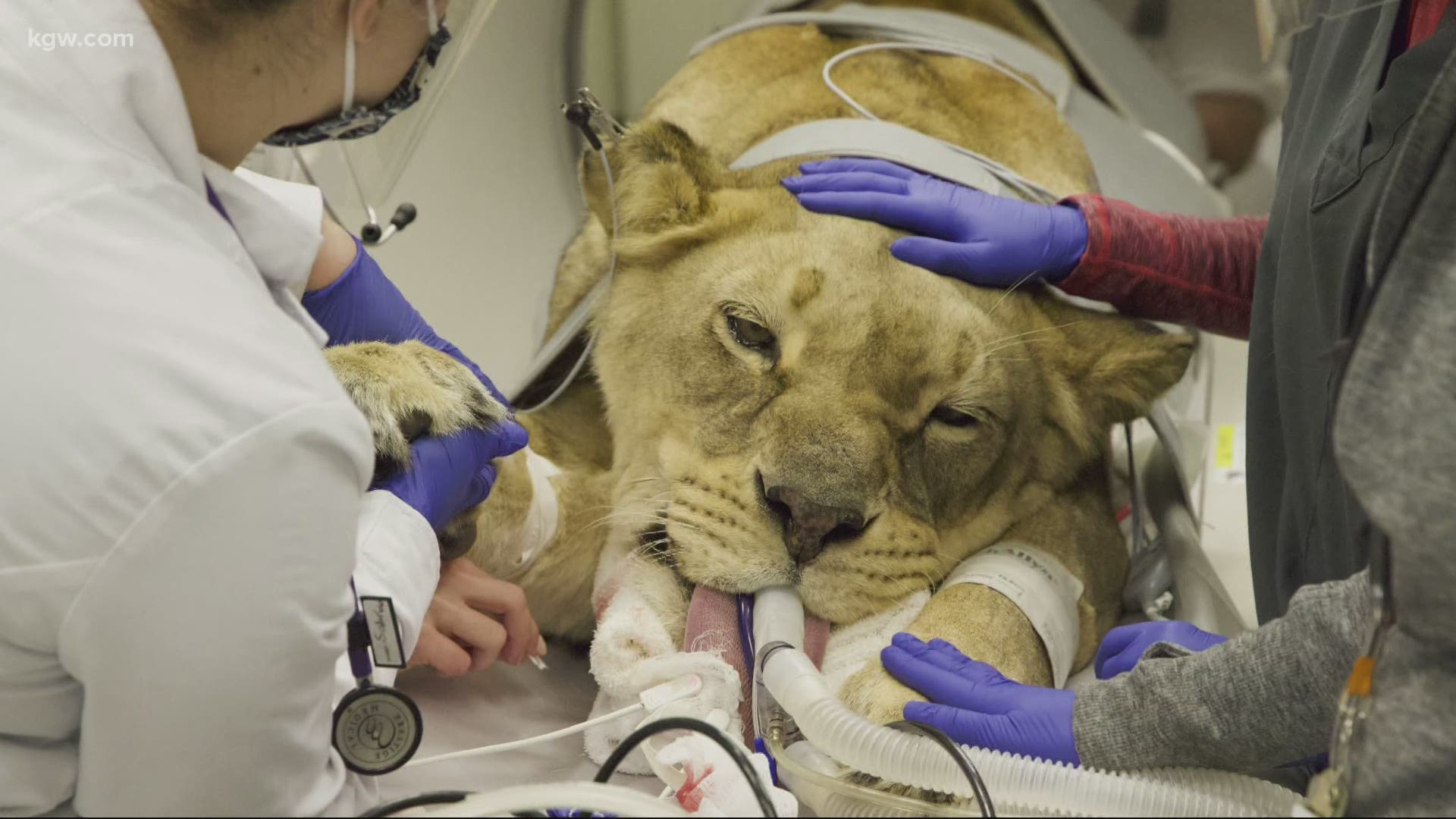 CORVALLIS, Ore. — After the hit Netflix documentary "Tiger King" swept the early stages of everyone's pandemic quarantine life, the real-life zoo was surrendered to Carole Baskin. Many of the cats were shipped across the country to be cared for.

Over the past few months, many more documentaries have been made based around the fates of the big cats that were once under the care of Joe Exotic, the self-proclaimed Tiger King (now king of jail after being convicted of attempting to hire a hitman to kill Baskin as well as many animal abuse charges).

One of the lionesses who lived under his care found her way to Oregon. Chobe, 5, lives her life at the WildCat Ridge Sanctuary in Scotts Mills and was recently brought in for a CT scan at the Lois Bates Acheson Veterinary Teaching Hospital at Oregon State University.

“Essentially it’s just like doing a cat spay, but on a mega scale,” said Dr. Katy Townsend, an associate professor of small animal surgery in the Carlson College of Veterinary Medicine and the surgeon who operated on Chobe.

The lioness’ surgery involved removing both her uterus and ovaries.

“Surgery went really well; we were able to cleanly get everything out in a short amount of time. We expect her to make a full recovery from this," said Townshend.

If left untreated, pyometra can lead to serious problems, according to a release from OSU. Fortunately, the staff at the WildCat Ridge Sanctuary knew the warning signs, because their white Bengal tiger had the same infection a few years ago and was also treated by Townsend at OSU.

Keepers noticed that Chobe wasn’t eating and was experiencing some discharge, so they knew something was wrong, said Ian Ford, sanctuary executive assistant.

“We're hoping that this surgery is going to make sure that everything’s OK for her, and she can get back to just living her life in peace and happiness, which is the only thing that we want for all of our residents,” Ford said.

Joe Exotic was shown in the "Tiger King" documentary discussing his breeding aspirations to create different species of cats.

Ford said that due to inbreeding at Joe Exotic’s facility, Chobe is a “mismatch of genetics” and a little stubby in appearance — “like a giant guinea pig” — but a very sweet and expressive animal. She came to the Oregon sanctuary in mid-2019.

“Just having her roll around in the grass with her buddy Kariba and back to getting her paws up in the air and just enjoying herself," said Ford.