Fort Hood to celebrate US Army's 246th birthday on June 14

The post has a full day of events scheduled, including a family-friendly celebration in the afternoon and into the evening. 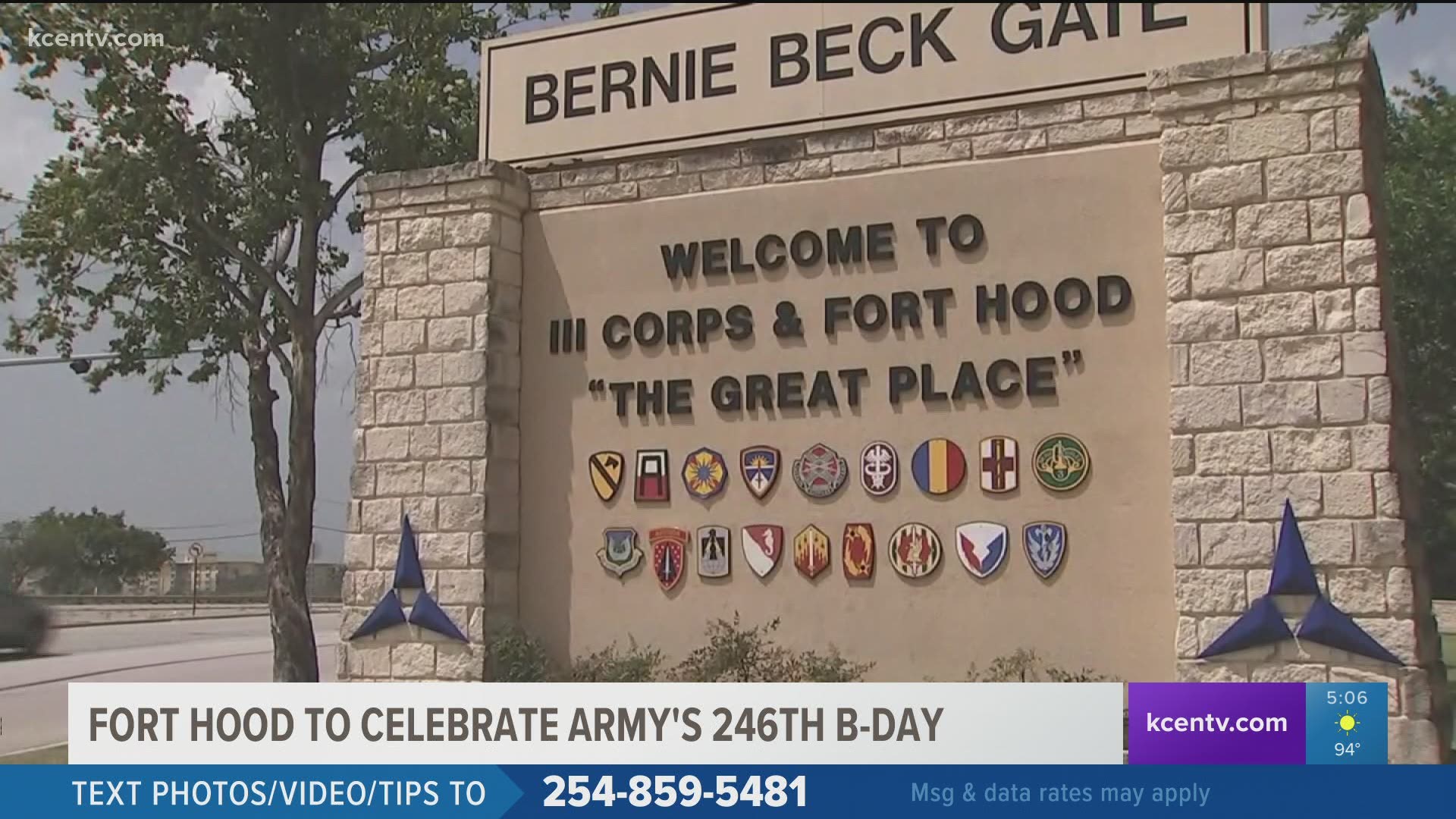 FORT HOOD, Texas — III Armored Corps and Fort Hood are set to celebrate the United States Army's 246th birthday on June 14 with a variety of events held throughout the day.

June 14 marks the date in 1775 when the Continental Congress formed the Continental Army to fight against British forces. June 14 is also Flag Day and the Infantry’s birthday.