Courtney Hamilton has taken to social media to show the homes that have crumbled more each day. 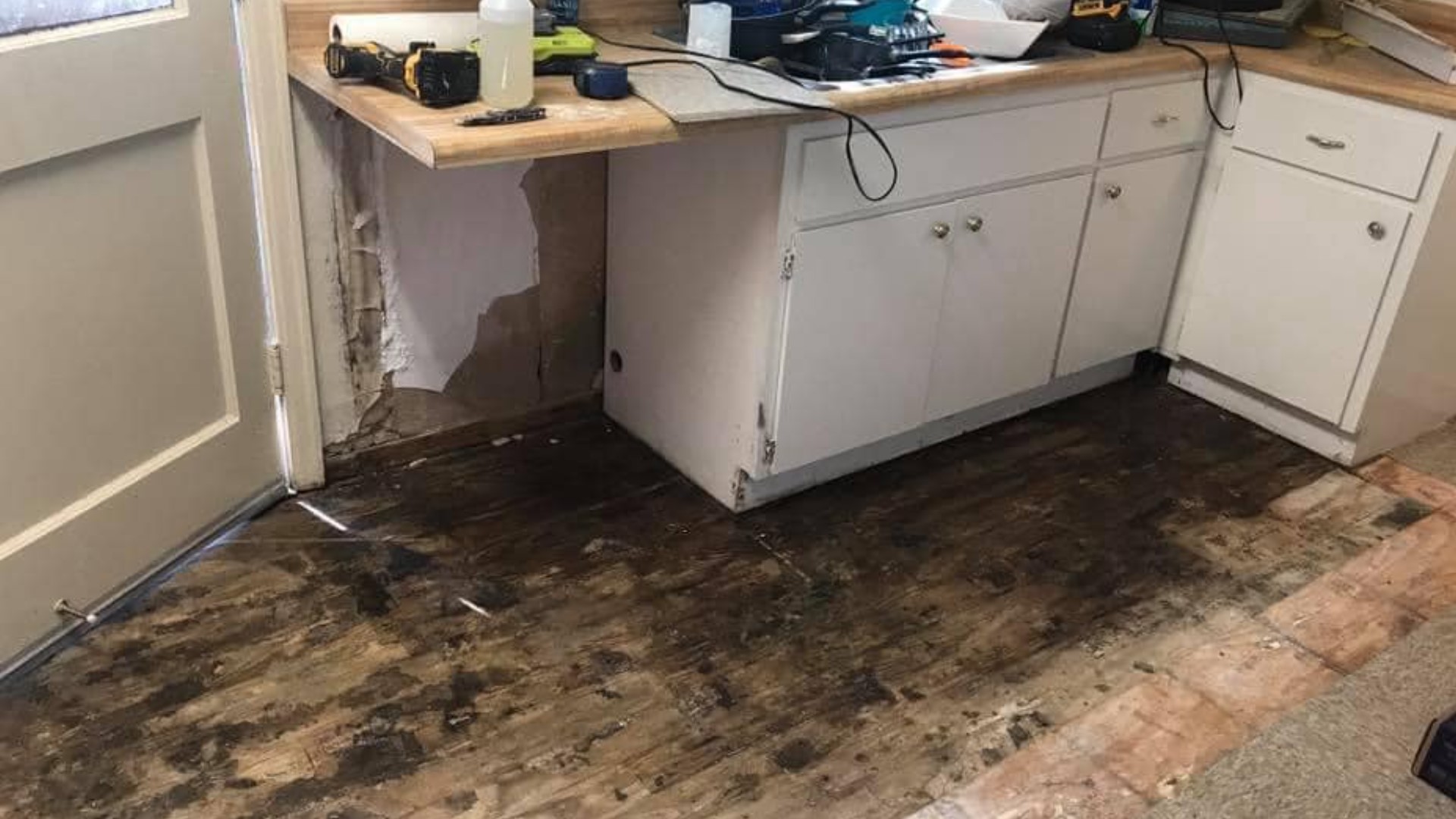 FORT HOOD, Texas — As the Fort Hood housing crisis continues to play out on the installation, one military wife and mother said she's had enough of the games and lip-service. She has taken to social media to shed light on the issue.

"We've been down the advocacy route of going to meetings at III Corps, talking with chains of command, and trying to talk with housing and it just doesn't work," Courtney Hamilton told 6 News Wednesday. Se said she was inspired by the Vanessa Guillen protests. "So, we figured, she gave us all a voice so we should use the same voice and be as outspoken as her family was."

It's no secret that housing on Fort Hood has been an issue for quite some time. Multiple town halls to address the issue have been hosted by the installation, the most recent was nearly three weeks ago on October 8.

"People need to see exactly what these families are living in and it's not just one or two homes, it's not even 10 or 20 homes. It is a significant amount of homes here on Fort Hood," Hamilton said.

Chris Albus, the Fort Hood Family Housing Project Director, said at the pre-recorded housing town hall that projects that were approved back in July are being worked on. That included 1,000 new roofs and 1,500 HVAC units.

"Fort Hood Family Housing began a project in July to conduct exterior repairs on 972 initial development period, or IDP homes, which were constructed between 2000 and 2006," Albus said in the Town Hall. He said the homes are the stucco homes located in Comanche III, Montague and Kuma Village.

Albus said the estimated duration to complete the massive renovation project is 18 months, but they are reviewing options to move that timeline up so the inconvenience is not so high for those who live there.

"All homes are inspected by a third-party environmental consultant who will provide a clearance report and that has not yet yielded any issues thus far into the project," Albus said.

A dedicated webpage is available on the Fort Hood Family Housing website for real-time updates on all on-going projects.

Deputy Commanding General John B. Richardson said he is committed to compassion and responsiveness when it comes to the housing issues at Fort Hood as they work to mitigate some of the challenges the installation faces.

"There is a larger plan to improve housing overtime here at Fort Hood," Richardson said. "That does take time. You can't fix some of the challenges overnight."

Hamilton said her family moved off the installation in July 2019 and did so after multiple failed attempts for her complaints to be taken seriously.

"We moved in in March and we noticed a strange smell inside our house in the bathrooms and so they came out and cleaned the air ducts and the smell went away downstairs but it did not go away upstairs," she said.

Hamilton said over the course of the next year, she and her husband put in several maintenance requests because of the smell that lingered upstairs. She said that in July 2020 she couldn't take the smell anymore.

"After I put in another request, from July to August 7 we were displaced and the maintenance supervisor would come out and chit-chat in the front yard and make excuses," she said.

Hamilton said after she filed another complaint, Fort Hood Family Housing showed up at 6:00 p.m. to make, what she called, exploratory cuts in her walls and ceiling. That is when she drew the line.

"We told them, 'No,' and we asked to be displaced and that was the last time we lived inside that house," she said.

Hamilton said they ripped up the flooring and the toilets and found a bunch of mild and rotted out floor. She said they told her and her husband they were going to replace the entire subfloor but said they only replaced the top piece of the floor instead.

"We asked for a mold assessment and when the test was completed it showed we had spores of Chaetomium in every room of our house," she said.

6 News reached out to Fort Hood Family Housing to find out what has been done to improve living conditions on post, especially in light of the videos posted by Hamilton.

Fort Hood Family Housing said in a prepared statement, “For almost 20 years, Fort Hood Family Housing has maintained the commitment to ensure the safety, comfort and well-being of all our residents across over 5,600 homes as our first priority. We remain firm that any maintenance issues brought to our attention are thoroughly addressed in a timely manner. In addition, we continue to invest time, energy, and resources to make Fort Hood Family Housing a community that service members and their families are proud to call home.”

"You're not realizing the spot you're seeing on the wall could just be the tip of the iceberg. We never had visible mold in my living room, in my son's closet, the bathroom tiles, we didn't know if it was there. They painted over everything," she said.

In an emailed statement to 6 News late Wednesday evening, Col. Myles B. Caggins, III, said they have more than 5,900 homes that are managed by Civilian Contractors at Fort Hood.

"Fort Hood leadership cares deeply about the conditions our Soldiers and Families work and live in. We encourage Fort Hood Family Housing residents to report concerns to their chain of command. Families are encouraged to use the Fort Hood Family Housing work order system to establish a documented maintenance request, to leverage each housing areas Community Life NCO who will advocate on their behalf, and inform the Soldier's chain-of-command. Concerned residents are welcome to call the Commanding General’s Hotline at 254-206-1157." Fort Hood said in an official statement. "As stated during numerous housing town halls, as recently on October 8th, Fort Hood leadership encourages Families to bring forward unacceptable conditions within their homes so appropriate action can be taken. Housing, whether on-post homes or the barracks, is an important quality of life factor for every Soldier and Family member."

Hamilton said, because of what she has endured and what others are going through that have reached out to her, she thinks it may be too late for Fort Hood Family Housing to fix the mess that's been created.

"I don't know where you would put families. In McNair, they have no business leasing those homes to families. You're talking about sewage underneath the houses, so much so, that you have mosquitos breeding and coming up into the homes. I have yet to see a McNair HVAC system or the return that doesn't look like something out of a horror film," she said.

With that said, Hamilton wants to believe that better things will come of this and deep down she's hopeful, citing the five-year plan to fix the ongoing mess that has become housing on Fort Hood.

One thing she is certain about is that she won't stop being the voice for those who need her to be and she won't stop filming and holding the installation accountable for keeping Fort Hood soldiers and their families safe.

"No, I don't have any intentions of stopping," Hamilton said. "I won't stop until there's an immediate solution to the issue because leaving them to sit and rot in those homes for the next five years, or however long it takes, that's not an acceptable solution."