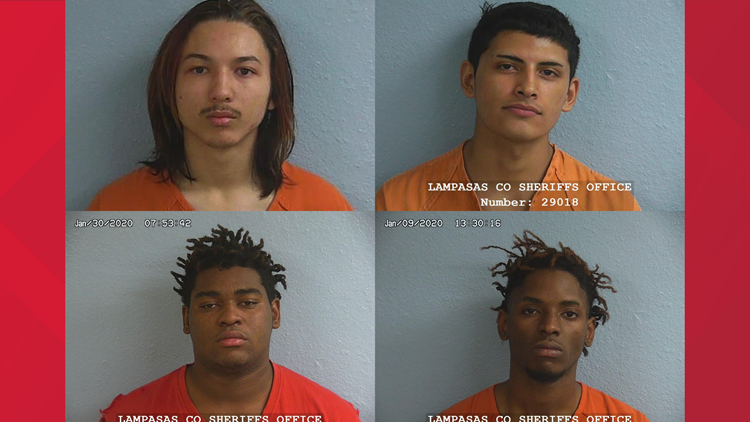 KEMPNER, Texas — Editor's note: A previous version if this story included an incorrect mugshot. All photos are updated and from the Lampasas County Sheriff's Office

The Lampasas County Sheriff's Office received a report of a man with multiple gunshot wounds at a home on Pecos Lane in Kempner on Sept. 16.

The 24-year-old man was later identified as Vance Henry Helzer. He was pronounced dead at the scene and an investigation began immediately.

A follow-up investigation showed that Helzer was in an argument over money.

The four suspects drove to confront him and he was immediately shot, according to the investigation.