Friends and family of a mother and daughter who were shot and killed almost a year ago visited the graveyard where a headstone purchased by friends was placed for the two. 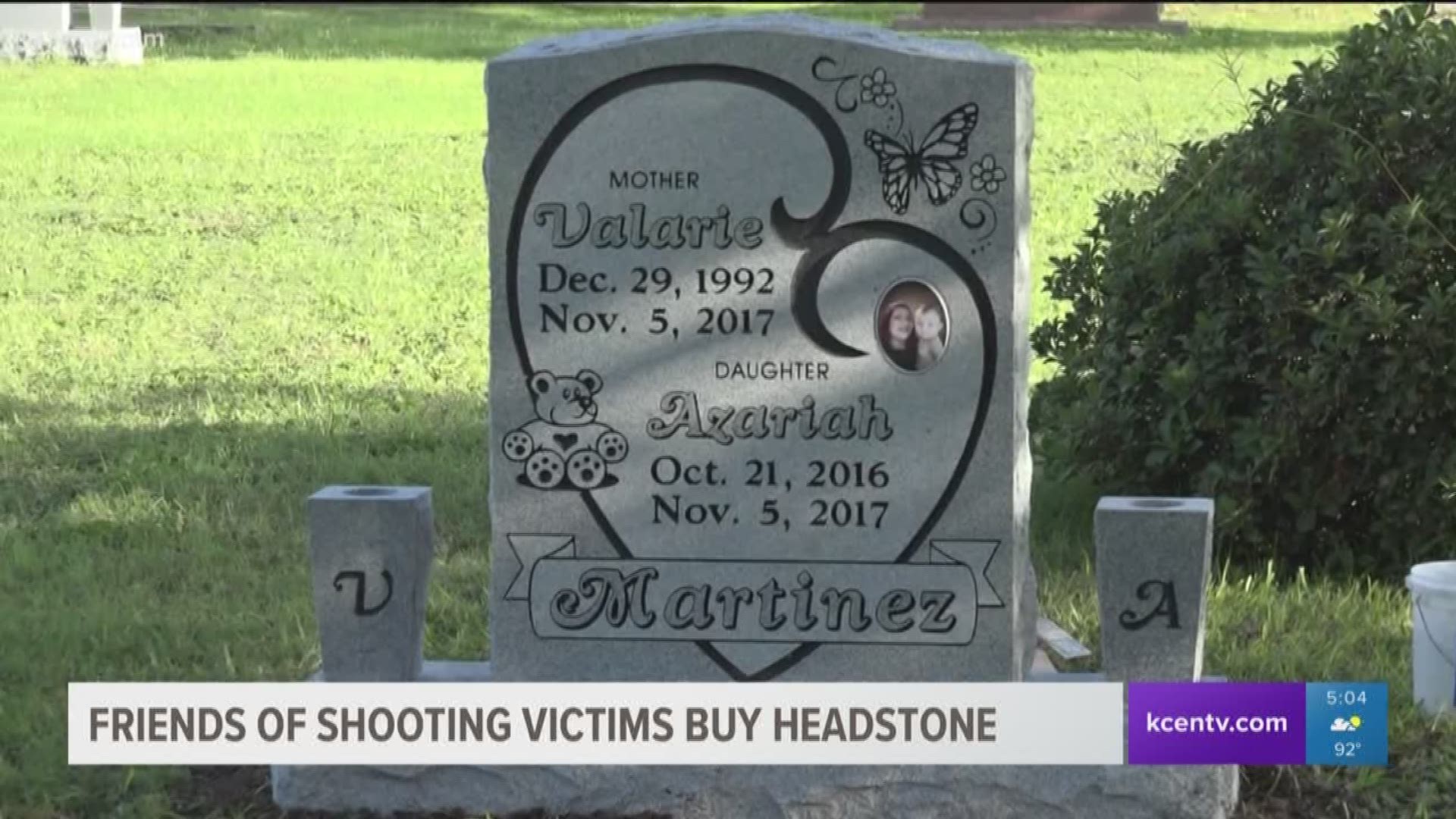 WACO, Texas — It has been almost a year since Lacey Lakeview woman and her one-year old daughter were shot and killed near Tradinghouse Creek Reservoir, just east of Waco.

Friends and family of 24-year-old Valarie Martinez visited the graveyard as a headstone was being placed for Martinez and her daughter Azariah Martinez Friday.

Friends of Martinez said they all pitched in to buy the headstone and they want justice for the mother and daughter.

“She was an amazing person,” Brieanna Amos, a friend of Martinez said. “She never had a sad moment in her life. She was always happy, cheerful and never mad. She loved that baby. That was her life.”

Police said they suspect the man responsible for their death is 26-year-old Christopher Weiss, who was having an affair with Martinez and was the father of Azariah.

Weiss is being held in the McLennan County Jail. His trial date has not been set because attorneys are still gathering evidence. Court records show he is scheduled for a hearing Jan. 25.